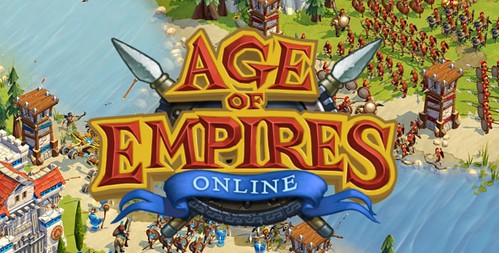 Age Of Empires Online is a dedicated effort to provide the best online experience while you fight with or against other players for the welfare of your virtual empire. It’s not only about fighting, it’s about how wise you act to choose your allies and foes. If you are new to the series, following guide is what you need to kick things off. Our Age of Empires Online Strategies guide should be a good starting for such players.

We will start with the basics:

City Capital
First thing you should know about is the “Capital City” which will be the central point of your empire. The capital City will grow as you progress through different periods. It will also serve as a store house for different goods. As your capital grows, you will have multiple options and various upgrades to strengthen your army.

To make the capital strong, you will have to defeat enemies and gather resources. To construct building and structures and their upgrade, you can buy blue prints from the “Construction Store” or you will win them after completing certain quests. Having a blueprint for the structure won’t mean that you will be able to build it straight away.

Of course, you should have enough resources to build something. Once you have selected the blue print and have the resources required, you can place it on any empty patch in the city. If you decide to build some other building on the same patch, you will also have the option to move the building to some other site.

Embassy
It’s a sort of communication center in the game. Players can communicate with other online players through this portal and exchange different goods. The items will reach you through the trade ship and if you are not online at that time, it won’t be lost and you can receive it later.

Chatting
You will also have the option to chat with other online players. By default, you can find the chat window at lower left corner of the screen. You can move it to anywhere on the screen you want and adjust it’s size. The messages under General Tab will appear to everyone like a public chat room. LFG (Looking for Group) allows you to find the co-op games you can join.

Trade Tab is for exchanging different items or resources. Ticker tab keeps you updated about the rewards you have earned during different quests. If you need any help about the chat box, you can type /help in the text box to find different commands and their functions.

Quests
There are different quests you can complete and earn reward. Some quests may need you to fight while others can be related to social tasks like building some structures etc. The quest givers are marked by exclamation mark in your Capital City. You can choose and accept the quest after reading the requirements to complete the particular task.

A global quest is a long quest featuring both the Unique and Repeatable quests. These quests are marked by a globe icon. Then there are co-op quests where you can invite other players interested in completing the same quest as you do.

There are civilizations to choose from:

1. Greeks
The civilization is known for its noble warriors and wise philosophers.

2. Egyptian
With impressive military strength, Egyptians specialize in the art of medicine and agriculture.

In Arena mode, premium players will be able to invite to battle against free players. Non-premium members don’t have the privilege to invite. The blue prints for arena are received between level 5-7. You can invite other players through friend list, chatwindow or by chat command (/invite).

In Sparta, premium and free players can go against other players after level 6. The Empire and Sparta points earned during the battles will only be available to premium members. You can either select 1v1 or 2v2 battle from this section.

Keep an eye on your Town Center as it is the structure where your quests begin. It’s also a resource collecting building where farmers work to improve your overall economy. One Town Center can support up to 20 villagers so try to keep them to the maximum limit for fast resource collection.

You should remember that villagers aren’t meant to fight so when you are under attack, it’s wise that you garrison the villagers inside the structure. At the first levels, don’t take too much risks but once you are established enough (level 15 or above), you can take your chances.

Your capital will be surrounded by different independent factions. You can visit these areas and complete quests to earn some unique items. A good option specially when you are looking to level up fast.

Buildings and units are very important for both defense and offense. You can build different training building which then will train units each having specific attributes. Before you build any units, you should consider the requirement and nature of the quest you are undertaking.

If you want to attacks any other capital, too many units of single type won’t be that useful. Then there are different upgrades for both the buildings and units which can enhance the strength.

Different points you earn can be used to improve different fields of your empire. Experience points can be spent to raise your level and expand the empire. Technology points improves the culture of your civilization.

You can spend them to discover new technology and upgrade various units. Factions points are useful to unlock some unique items from the stores present in those territories. Empire points can buy gear for your units but only those with premium civilizations can use them.

Advisors are wise men of your empire. You can use them after you reach level 8 when the adviser hall is available. They can boost your economy in different ways like speeding up the resource gathering or reducing the costs for different upgrades etc.

You can use different strategies against your enemies. Usually the general plan includes the establishment of the empire first and then the army is developed to fight. I suggest that you also try the element of surprise.

Quickly develop an army first and attack your enemy which may be defenseless at the start, busy in gathering resources. Otherwise you can strengthen your own borders first and then plan to attack. It all depends on your playing style.

If you are running out of resources in your area, you can use scouts to explore other regions for additional resources. So, don’t hesitate to send a scout or two to find extra supplies.

Crafting becomes an important element after Age II. You will be able to build workshops and crafting schools for different consumables and equipment. Each school has its own benefit but at one time, you can only use two schools at most.

So choose according to your requirements. Consumables can improve your civilization through unique units, improved abilities and and resource caches. Each consumable once used will have a certain cool down time. They can be used only in an outpost.

Inventory displays every item you have. You can use it by clicking the crate icon at the bottom right of your screen. To increase the several slots in the inventory, you need to build storage houses.

The technology tree (which affects economy, military and utility) is another strategic element of the game. Every upgrade will give you specific benefits. Again, it depends on your needs that which upgrade you should opt for. You also have the option to reset the tree if things don’t go right for you.

Some strategies are that players apply quickly to either deceive the foes before attacking or to slow down or completely break down the enemy defenses. These strategies include:

– Turtling: This strategy includes strengthening little regions with towers and dividers, encasing troops and numerous gatherers. After arriving at age 3, you can develop fortresses as well. The most secure approach to win is to fabricate a wonder in the middle of the defenses.

– Booming: This strategy requires the player to bolster its economy with numerous specialists.

– Rushing: This strategy is when the player makes little armed forces and assaults the foes at various occasions, or just attempts to assault from the get-go.

– Raiding: This strategy expects you to construct extra troops to assault your foes’ military to keep them from consistently developing it while you construct your own military.

– Swarming: Attacking with a lot of frail units instead of a couple of ground-breaking units.

– Tanking: This strategy shows when the player remains on edge until they have constructed a tremendous armed force, and afterward they assault.

If you have any technical issues with the game, check our crashes troubleshooting guide. Meanwhile, don’t forget to share your own experience with us – tips, tricks, coop strategy, or anything that would help newbies get started with the game.