Back in 2010, Sony started a brand new service called PlayStation Plus. It offered players many incentives and draw a lot of attention, subscribers in a short time.

It was a great business decision, one that I personally think Sony should have made a couple of years after the inception of PS Plus.

Many users complained about this, but most still opted-in and went with PlayStation Plus on PS4. Moreover, there are those who kept their memberships intact since 2010 and are enjoying the benefits of this great service. So, in order to show appreciation and thank such fans for their support for PS Plus, Sony gave them a printed plague.

This plague had different statistics on them, as you can see below (courtesy of hovercraft and hafti). 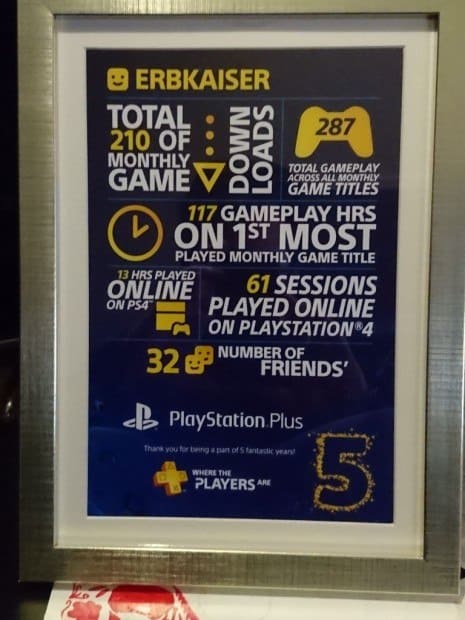 I would personally be disappointed if I received such a plague from Sony after spending $250 in 5 years. The worst part is the english used for this plague, “287 TOTAL GAMEPLAY ACROSS ALL MONTHLY GAME TITLES,” what does that even mean?

Anyways, it is a good gesture from Sony though. Did you receive this plague from Sony?