PC And PS4 Exclusive ABZU Listed On GameStop For Xbox One 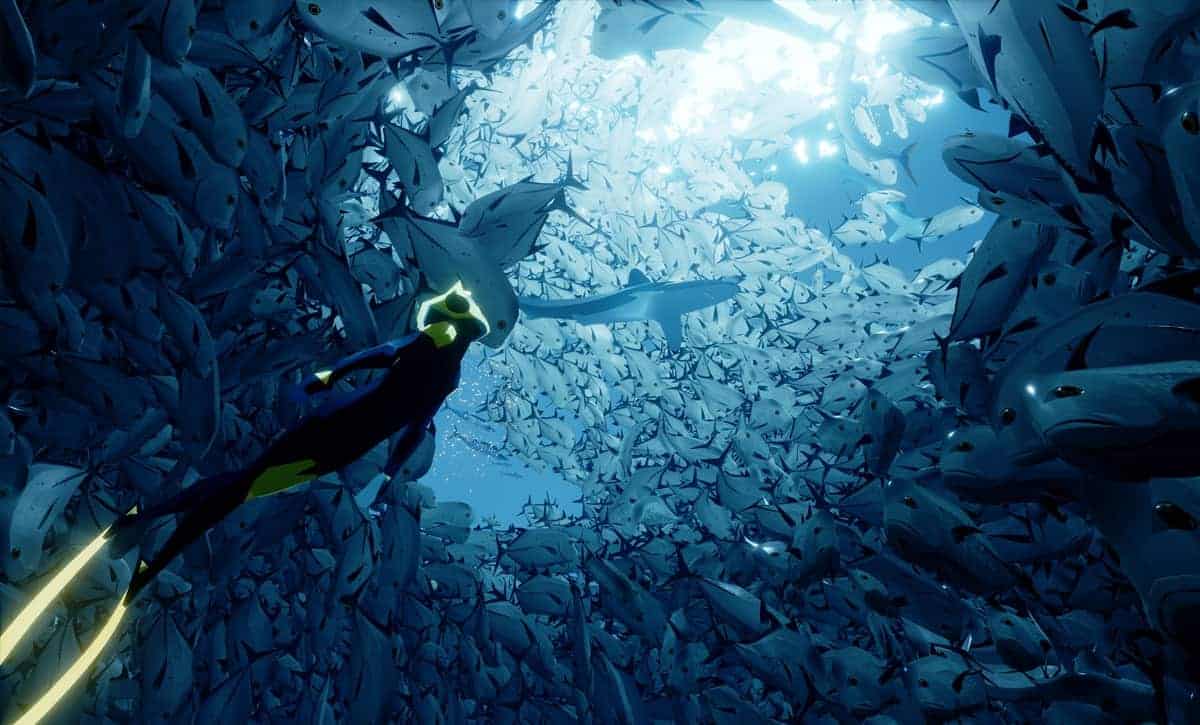 ABZU released on PlayStation 4 and PC with a great critical reception. However, the game is exclusive to PC and PS4, and Xbox One users are hoping for the game to release on their system.

It seems the Xbox One owners does not have to wait too long before they can get their hands on the game. ABZU has been listed for the for Xbox One on GameStop. 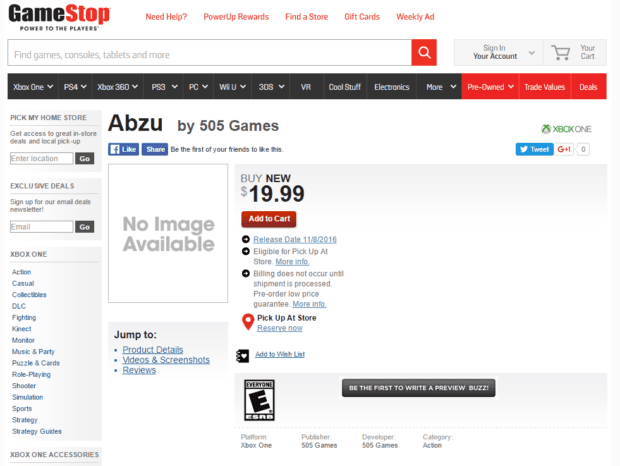 ABZU is developed by Giant Squid, which was founded by Flower and Journey art director, Matt Nava. ABZU takes players to a underwater journey that evokes the dreams of diving. The game immerses players in a beautiful world bursting with secrets and life at the heart of the ocean. The official description of ABZU states:

ABZÃ› is an epic descent into the depths of the sea, where players will explore beautifully rendered ocean environments with fluid swimming controls. The experience draws inspiration from the deep innate narrative that we all carry within our subconscious: the story of ABZÃ› is a universal myth that resonates across cultures. The name references a concept from the oldest mythologies; it is the combination of the two ancient words AB, meaning ocean, and ZÃ›, meaning to know. ABZÃ› is the ocean of wisdom.

ABZU is an underwater adventure game developed by Giant Squid and published by 505 Game. The game also incorporates elements from role playing games like upgrading the equipment. The game is sort of a linear, but the environments are designed to be explored. Individual chapters of the game are set in different parts of the ocean including caverns, deep oceanic areas, coral reefs and flooded ruins.