Fortnite Is Broadcasting Emergency Alert In Game And On Twitter 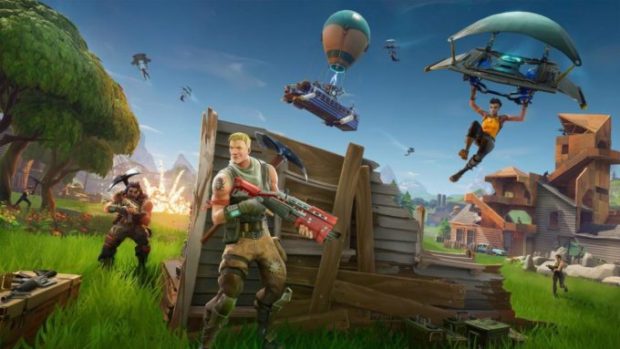 It’s been some time since Fortnite players have been trying to figure out what that meteor in the sky means and is there an event incoming. Epic games have been teasing its player with events in the game and on social media.

People have assumed that meteor from the sky might hit the tilted towers but no one knows what’s happening until today because you might be near to know what’s going on as the Official Twitter account for Fortnite has posted a picture which consists of a llama with different bright colors and no description at all.

Epic is definitely preparing the Fortnite community for something and these teasers are increasing by time and comet has also started to look like spacecraft in the last few days. Signs have also started to pop out in the center of Tilted Towers which contain a heart, a meteor and has word on it but it is scratched out and replaced with tomorrow.

Nothing is confirmed everyone is still figuring out what it means and what will happen. All we can do is to keep eyes on these signs throughout the game until something new is revealed.

Fortnite 50v50 mode is also back after it was delayed previously due to players not taking interest in it. But now players can play matches with each team have 50 players.

Let us know in the comments below about what you think of these teasers making appearances in Fortnite and on social media by Epic games.