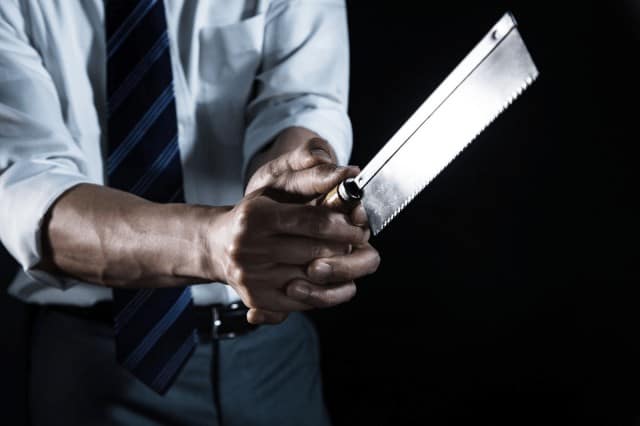 A 25-year-old nursing care worker has been arrested after emailing a death threat to game publisher Square Enix and threatening to kill the staff.

Death threats, although common for people working in the entertainment business, are not a light thing. According to Livedoor News, the 25-year-old male nursing care worker is accused of sending an email to Square Enix’s Tokyo office that reads, “Hey staff tomorrow I’m going to kill you get ready [for your punishment]” (Rough translation)

In Japanese, the last part of the threat is “kubi arattokeyo” (首洗っとけよ), which literally means “go wash your neck.” The expression has its roots in ritualistic samurai suicide. After a samurai would disembowel himself, the kaishakunin would then slice off his head.

There would be a huge embarrassment for the victim if their necks were dirty when the samurai would cut it off and present it to their master. Washing one’s neck means to get ready for that beheading and potentially save themselves that embarrassment.

The death threatening email was sent on February 5. The email caused Square Enix to increase their security. The man was finally arrested on March 29 and gave a confession at the police station. “I spent over 200,000 yen ($1,794) on the game and I didn’t get the [in-game] item I wanted so I sent the email out of revenge,” he reportedly said.

Hamusoku points out that apparently, the money was spent on a virtual gacha, which is basically an in-game loot box. Gacha items are quite similar to capsule toys, except they are in video games  (called gacha-gacha in Japanese).

Last year, more than thirty emails were sent to Square Enix in Japan alone with the word “kill” written in them. Authorities are now investigating whether or not those are connected to the same 25-year-old nursing care worker.

Overall, such practices do hurt the industry and we as gamers and developers, should understand that such behavior cannot be tolerated and ultimately, the consequences of such actions are dire with no gains.