Football fans are getting blessed this year with a double dose, since the oddly named 2014 FIFA World Cup Brazil is preparing for launch the same way its fans are getting ready for the real deal in June. It will extensively allow taking control of exactly how a country qualifies and participates in the tournament, both online and offline. A short demo gives but a small taste of how the gameplay fits into the model focused on this event.

While it’s not a vital part to the game, the first notable aspect of 2014 FIFA World Cup Brazil are the remade cutaways and animations. With a thick layer of blurring and light effects, scenes on and off the pitch have an idyllic quality to them.

Scenes go out of their way to envelop the football fan experience, with crowds standing outside watching giant screens or people in the stadium dancing. Athletes themselves join in the parade with their realistically detailed appearance and fluid motion.

Rarely has a sports game had such a spirited atmosphere. 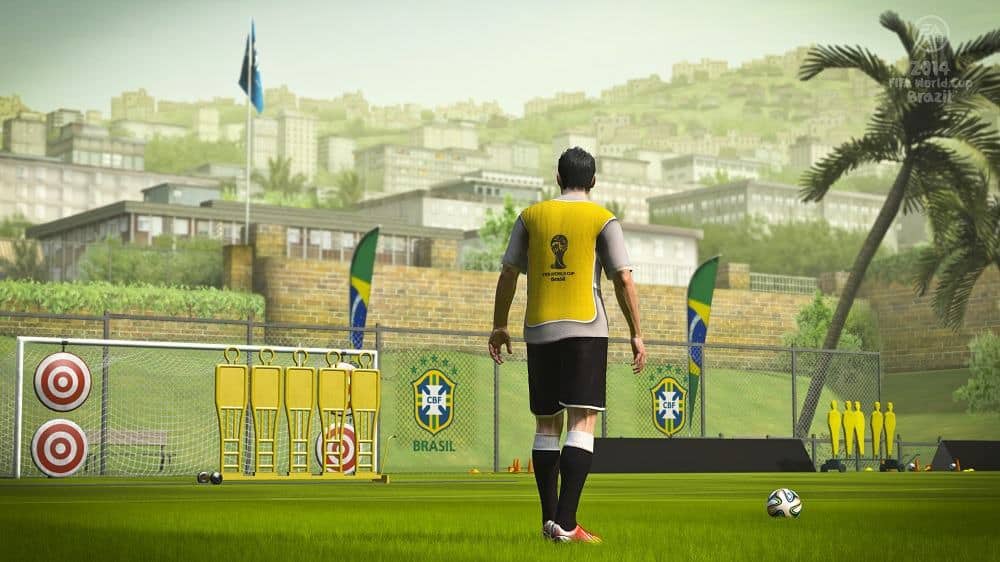 Fluidity in animations helps on the field as well though. It’s here where the stunning visuals come to better use, even if the view is set from afar a lot of the time.

After choosing a side, possible for up to seven players, the loading screen prompts a mini-game that helps tune skills with a random exercise. It’s both an effective way to offset waiting time and a manner of warming up.

Then it’s off to see the elaborate festivities prior to the match. Once the whistle blows, it’s down to action.

It wouldn’t be 2014 FIFA World Cup Brazil if controls were even slightly off, so it’s reassuring that responsiveness immediately returns to the franchise. Characters not only react to direction well, but their position also matters to exactly how a ball gets negotiated.

For instance, a squad member that is in full sprint will hurl the ball forward, while one that’s facing the opposite direction will contort and lose precision if the kick is prompted too early. Body language matters.

That isn’t all, as the sports title also has separate physics for the ball. This is where things get interesting, as the combination of the two makes for a complex yet realistic feel.

Balls bounce and curl depending on how much power is put into the shot gauge, which will also affect where it goes. If there’s a slight elevation before release, the direction will fling upward, for example. 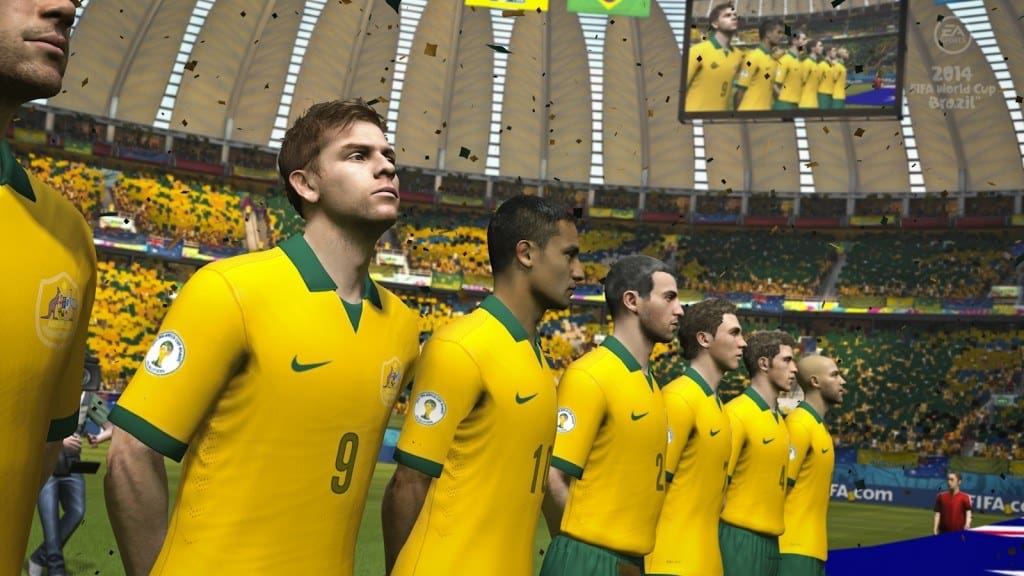 It takes a bit of practice to manage around this, as putting in the appropriate power isn’t always evident. Luckily, 2014 FIFA World Cup Brazil is a most facilitating title and applies some leniencies to all these realistic designs flopping around.

Passing sticks quite straightly towards its destination, meaning that a tap won’t just veer off to a random direction. Finesse is still hard to maneuver in order to get to the right team member, but in any case it will go for someone and not just go way off.

In particular, this corrected direction is obvious with longer or through passes that are usually hard to handle. A good incisive path can make all the difference, especially with players weaving for position.

Timing is equally important, especially when heading. Approaching the ball at the wrong time may still connect, but even when lined up correctly, the tap won’t produce the same effect as when it’s initiated appropriately.

As a neat bonus, some players can even perform lavish overhead leaps that bypass the defense completely. It’s not exactly accurate, but it does win a lot more duels for those with a good in-air presence.

While that provides a smooth experience already, 2014 FIFA World Cup Brazil also allows for diverting play on the fly with tactics. With a simple button press, formations can be altered to tighten up or set an offside trap for a rushed offense. This is also possible during dangerous set pieces.

Perhaps the most entertaining tactical benefit within the game is set during penalties. Here, keepers can throw kickers off balance with added antics. It’s like trolling the opposition and that’s priceless. 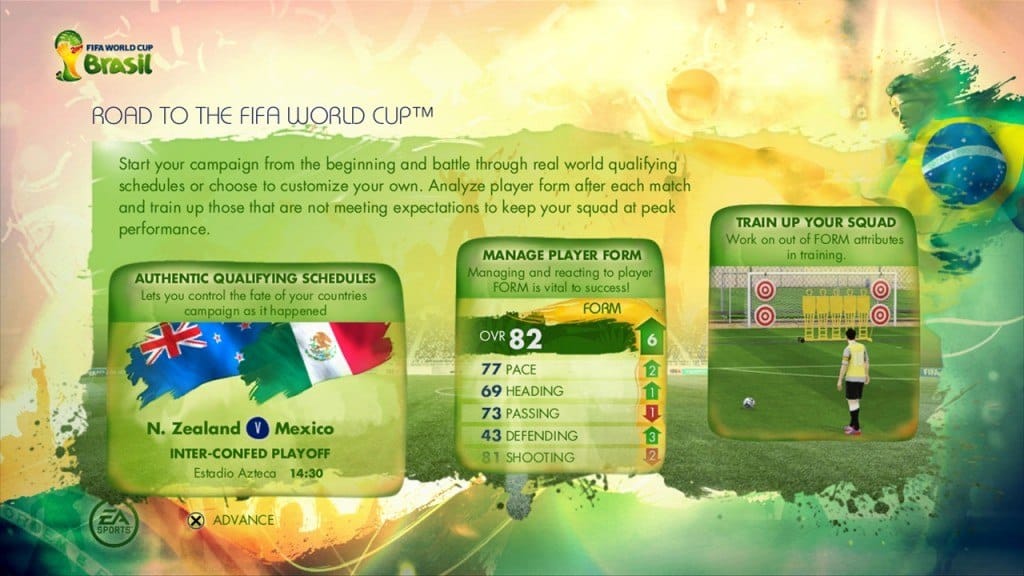 There’s no reason to think that 2014 FIFA World Cup Brazil won’t be another giant success, even if some of its facilitating qualities may seem “easy” to hardcore fans. There is, however, a slight but omnipresent hitch and that’s the game’s interface.

Now, FIFA always sticks to style over substance in its menus, but 2014 FIFA World Cup Brazil goes above and beyond to annoy. It applies the yellow and green Brazilian theme, but in such saturated blends that maneuvering through it is instantly soar to the eyes.

Yes, the game itself is more important, but the saccharine view will make it painfully apparent just how much time is spent in menus to manage teams and so on. Making matters worse, this color scheme makes it much harder than necessary to distinguish any of its parts within.

Another point of contention would be the price point. While there are some differences, 2014 FIFA World Cup Brazil is no more than an elaborate reskin of FIFA 14, but with more precise tournament modes. That doesn’t justify a full release.

Hopefully, the slight blemishes of 2014 FIFA World Cup Brazil won’t upset its overall experience, as it is still quality football. More so, it’s extremely self-explanatory to pick up and it handles smoothly with its top notch visual design.

There’s still a lot more to discover, like how fluid the experience stays when put online, for instance. It is, however, looking pretty optimistic.

Now, let’s watch some more of those crowd reactions and maybe do a little dance. It feels like it’s summer already.