As you might guess from the title, Shogun 2 is set in Medieval Japan and loosely simulates the war for Shogunate that was won by the Tokugawa clan, fighting for control over Japan.

The game is comprised of two main components. In the regional view you can see the entirety of Japan (Though most of it will be visible as a paper map until you have explored it) and from here you choose which buildings to construct, troops and agents to train, factions you wish to engage in diplomacy with and research you wish to conduct (along military and civil paths).

Decisions are made in a turn-based fashion, allowing you to take your time and be sure you’re making the right choices before clicking the next turn/season button.

The regional map is where most or all of the gameplay will take place including positioning of your troops. The other main component is, of course, the actual battles themselves. 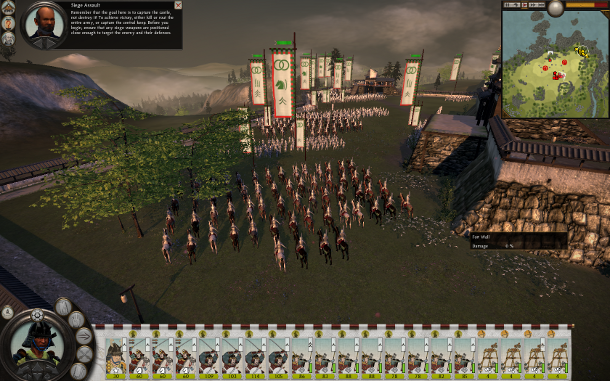 Combat in Shogun 2 is handled in one of two main ways – Automatically, via computer calculations done on the spot or in a dedicated battlefield view.

Here combat takes place in real-time (That can be sped up or paused in single player), plus a setup phase that is paused so you can position your troops before commencing battle.

You can even invite a random player to take control of the AI army in the single-player campaign, which provides you with the possibility of an extra challenge, though the skill of the random player will likely vary quite wildly.

Battles take place at land or sea. On land, combat is a sort of soft expanded rock/paper/scissors game, where each unit is strong against certain other units and weak against other units.

For instance, spear-men are effective against cavalry but weak against samurai. This appeared to be the aim for Naval combat as well, but in my experience, the narrow boats were highly effective and this was all you needed to use to win at sea. 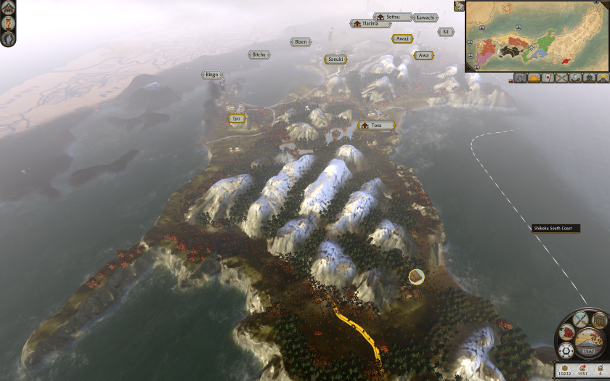 Warfare on land is much stronger and more challenging, however, largely because of the wider diversity of units, particularly the existence of cavalry that can charge down archers and other ranged units.

In addition to fighting out in the open, it is possible to siege settlements or charge right in, requiring an assaulting army to charge gatehouses and/or climb walls in order to seize the central fortress.

The agents, consisting of Ninja, Metsuke (A kind of agent hunter), Monk, Missionary & Geisha act as spies and can influence battles, sabotage buildings, assassinate other agents and so on. Generals are also considered a form of the agent, can be assassinated and are used to bolster the morale of your soldiers. When an agent takes action, the player is treated to a video sequence that takes place in phases and indicates the success or failure of your agent. 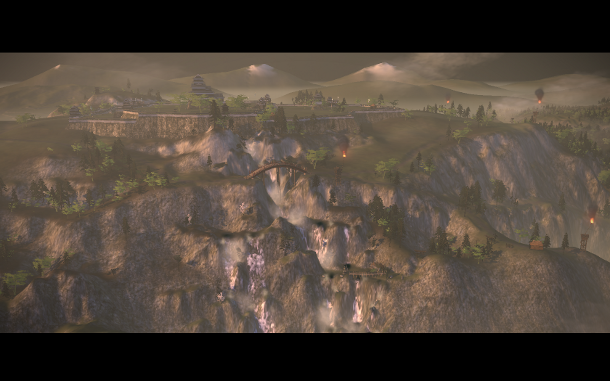 The presentation of the game is fantastic both in videos and in gameplay, having been inspired by the decorative styles and fashions of the game’s setting. Rivers flow, trees and flags wave in the wind, oceans slosh around throwing spray into the air near cliff faces.

In battle, you can zoom close up to soldiers and be treated to them cheering as a general gives a speech to inspire those under his command. Fog and rain will occasionally make an appearance in battles as well, affecting the performance of your troops.

Load times are quite high when starting the game, or switching between regional & battle view, to the extent that sometimes I’d skip manual control of a fight because I didn’t want to wait for a battlefield to load.

Pressing the ‘Next Turn’ button in the regional view is also somewhat of a nuisance because it’s not uncommon for the transition to the next turn to take more than 15 seconds of waiting for the AI (including those you have no sight of) to make decisions and act on them. This can sometimes drag the game down to what feels like a slow crawl or grind. 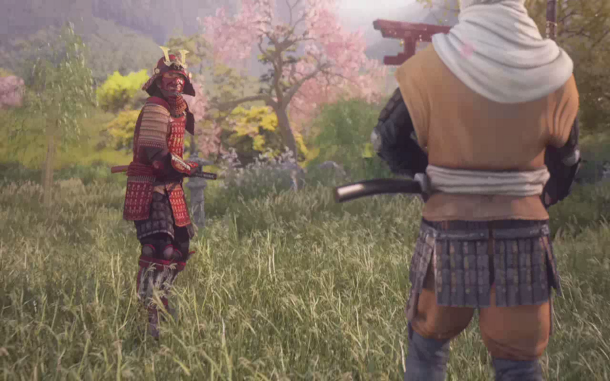 Progression also feels a bit placid if you allow yourself to get caught into a phase of being particularly peaceful (Which you shouldn’t do since this is a war game first, city building second), the game will encourage you to get wrapped up in some wars for the good of your faction.

Small missions are also given to you, encouraging you to address weaknesses in your strategy such as not fielding enough of a particular unit type. Pay particular attention to your Objectives (Click the icon just below the map that shows a setting sun) and be sure you are always working on this goal before time slips away from you.

Overall, it’s a fantastic looking game with strong gameplay, though sometimes I’d feel a bit lost about what decisions to make (losing sight of the big objective), and waiting for the next turn to start is a huge nuisance. The end result is worth checking out though if you want to play a war game with a mix of real-time and turn-based strategy within.

Total War: Shogun 2 is a fantastic looking game with strong gameplay though sometimes I’d feel a bit lost about what decisions to make.