18 Classic Games You Should Play This Christmas 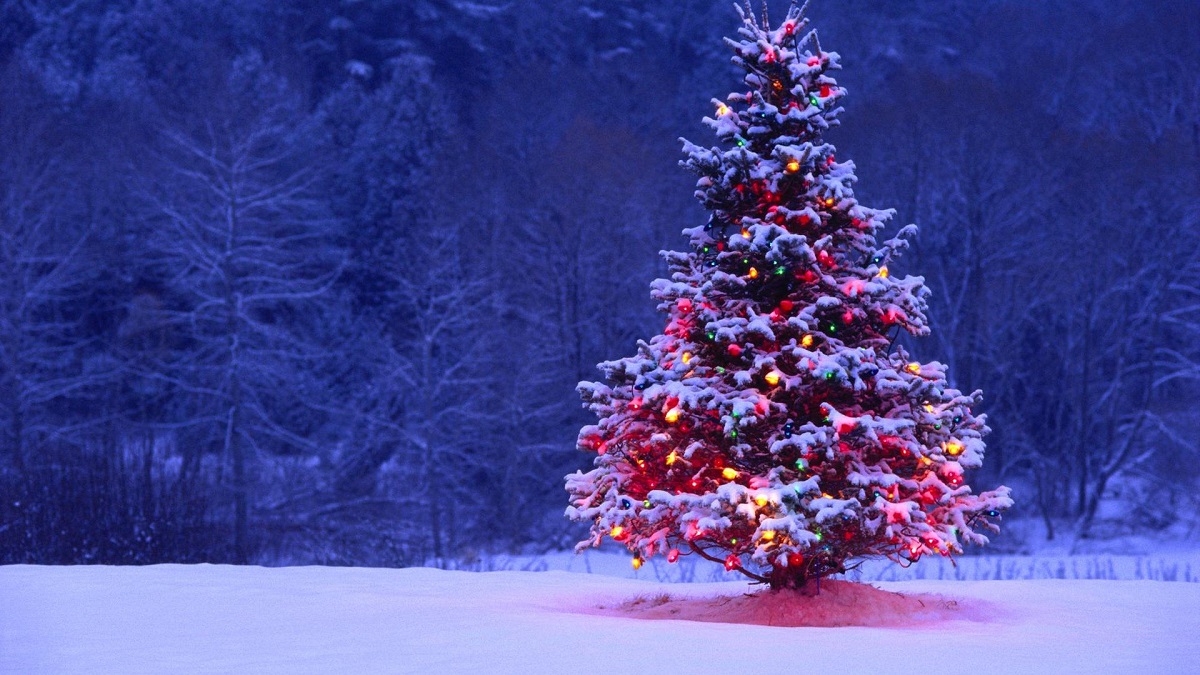 Merry Christmas! And if you were planning on reliving the classic video games on Christmas, you should try these games. Following are some of the classics you should definitely consider revisiting during the Christmas. Our list includes titles released across all platforms so you will definitely find something for yourself.

1. Metal Gear Solid 4: Guns of the Patriots
Platforms: PS3
I will not be wrong to say that many people bought the PS3 just so they could play this game. The franchise is a legend and as is Solid Snake.

The game is categorized as a stealth shooter with a very detailed storyline. There are countless jaw-dropping cut scenes and the gameplay is sweet.

The storyline continues from the previous titles and some things might be new to you if you are playing this game for the first time. However, in all, you are guaranteed to go back up the series just for the complete story and gameplay experience.

This title is a must play if you have not already.

2. Uncharted 2: Among Thieves
Platforms: PS3, PS4
Uncharted is a game where you play a real-life Indiana Jones. Yes, it is a treasure finding game and it is equivalent of Raiders of the Lost Ark.

You play Nathan Drake who is a big-time adventurer and can handle himself in any situation. The game will take you to beautifully detailed places with superb eye candy.

The multiplayer aspect will also play its part keeping you glued to the game for some time.

3. Red Dead Redemption
Platforms: PS3, Xbox 360, PS4, Xbox One
We have had many traditional western shooters out there but Red Dead Redemption takes the cake. You play a bandit hero whose storyline is plagued with honor and betrayal.

The game has covered every aspect of the west and you will be doing just about anything. From taking down bounties to stopping bank robberies, you will feel the thrill of old school gunfights and stagecoach races.

You will love this game even if you are not a diehard western fan. I just hope you are quick on the draw…

4. Half-Life 2
Platforms: PC
I do not know about others but for me, the era of first-person shooters really kicked off with the original half-life. Both parts have similar game mechanics but Half-Life 2 gets to be on top because of its gameplay experience and intense storyline.

You play Gordon Freeman, a scientist who knows how to use a gun. You will be running through the mazes of City 17 taking down their private army and later on fighting aliens in another dimension.

One of the best games on the PC to date, this is a must play if you have not already.

5. The Elder Scrolls IV: Oblivion
Platforms: PC, Xbox 360, PS3
The best role-playing game of its time, you get to choose your character from various classes. Be it an Elf Rogue or Red Guard warrior, you are the hero the times need to stop an ancient evil from entering this world.

You will be traveling all over the world helping various people by doing quests. In doing so, you will gain experience which helps you to level up making your character stronger.

Keep on finding unique weapons along the way and join clubs to gain additional stats. You will be submerged into a fantasy world where anything is possible.

6. Team Fortress 2
Platforms: PC
A multiplayer team-based game by Valve is the thing for this Christmas. You are given 7 classes to choose from with each classes having its own pros and cons.

Combine different abilities of different classes to form a strong attack or defense with your friends online.

The game is highly recognized worldwide with competitions being held all year round. This year you can just have the whole family putting each other on fire with the Pyro class or killing their medic with your spy.

Duke Nukem has to save the world from Santa. Aliens have brainwashed Santa and now you have to fight his henchmen that include snowmen, elves, etc. to save Santa and Christmas.

You will see dramatic weather effects, a whole list of iconic vehicle selection list and a stable strong online experience with web stats.

Furthermore, you have the options of sharing your replays and photos over Xbox Live. Go back to the roots of road carnage with skidding bikes and drifting vehicles this Christmas.

9. Gears of War
Platforms: PC, Xbox 360
You will be playing a badass Marcus Fenix in this third-person shooter video game. Epic Games develop it and the game definitely has its epic moments.

You are part of a Delta Squad fighting to save the human inhabitants of a planet Sera from a Locust Horde bent on killing all.

You are going to use obstacles for cover as you fire your lancer to kill them or go in close and open them up with your chainsaw.

10. Ninja Gaiden II
Platforms: Xbox One, PS3
The game as the title suggests has you controlling a ninja by the name of Ryu. You will use the game’s new combat system to sever enemy limbs and tear them up with your sword and other ninja related weapons.

The game has much gore and violence to it. You will travel to various exotic locations designed in Tokyo rescuing agents and killing members of the Black Spider Ninja Clan.

You will be fighting hordes of ninjas at a time and will use deadly combos to hack and slash right through them.

11. Tony Hawk: Ride
Platforms: Wii
If you are an extreme sports fan then you will love this one. The Tony Hawk: Ride sees to you skating around on your screen.

You will be using an actual board while the character on screen does the running but your balance and jumps will see to accurate stunts on screen.

12. Punch-Out
Platforms: Wii
If you have a beef to settle this Christmas then this game is just for you. Punch out as the name suggests is a boxing game where you throw your punches with real power and feel them connect on screen.

Have a friend to virtual spar with and flatten him in the ring… on screen, of course.

13. The Legend of Zelda: Twilight Princess
Platforms: Wii
If you already do not know then the franchise name “Zelda” is legendary in games. The story focuses on Link who tries to prevent his kingdom Hyrule from being destroyed by a parallel dimension known as the twilight realm.

A creature named Midna throughout the game will assist you. The game has won many awards and is a must-play.

14. The Nightmare Before Christmas: Oogie’s Revenge
Platforms: PS2
The game was released on Playstation 2 and Xbox. The game is single player third person shooter and revolves around you Jack Skellington trying to stop Oogie from getting his revenge upon everyone.

The game got a lot of praise and is a must for you to play and enjoy this Christmas.

15. Shadow of Colossus
Platforms: PS2, PS4
The game was released exclusively on Playstation 2. The game is a single-player third-person shooter and is based on a man named Wander who wants to restore the life of Mono and thus goes to the forbidden lands to defeat all the colossus to achieve his goal.

Each boss you fight has a unique mechanic that you will need to find it for yourself, in order to put the creature down. It is emotional and breathtaking.

This game is a true classic and a remake was released for PS4 in 2018, with higher textures and lighting.

16. Resident Evil 4
Platforms: PS2
Resident Evil 4 was one of the best games in the series by far. The pinnacle of the series, Capcom veteran, Shinji Mikami gave his all towards this game.

The result was an adventure equal parts of horror and action, with a relentless number of cool enemy designs and encounters.

The game is single player third person shooter survival horror. The game was released on PlayStation 2 but was later ported to Windows, Wii, PlayStation 3, Xbox 360, PlayStation 4, Xbox One, and Nintendo Switch.

The game revolves around agent Leon sent on a mission to retrieve the kidnapped U.S president’s daughter.

17. Street Fighter II
Platforms: Arcade/SNES
The game that brought on the fighting genre to another level. Street Fighter 2 is one of the most popular and enjoyed fighting games out there. To this day people play the game relentlessly.

The game being both fun and competitive brings a new aspect to fighting games never seen before. Each character supports a mindset and play-style of the player, so they can cater to learning them.

The game was released on Arcade and Super Nintendo Entertainment System (SNES) and was greatly loved by the fanbase.

The game is must for this Christmas when all your friends and relatives reunite, so just sit back relax and grab a fighting partner and enjoy the game.

18. Final Fantasy VII
Platforms: PS1
The game was released on Playstation in 1997. The game is single player role-playing game and one of the best classic games with turn-based combat that you should definitely play this winter.

The game revolves around Cloud Strife and his allies trying to stop Sephiroth from destroying the planet.

The game was so well received, that a decade later, a ground-up remake version has been announced for next year for Playstation 4 to be released later in March next year.