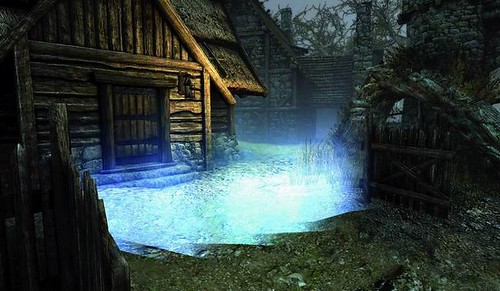 How to Use a Mod in Two Worlds II
Most of the mods have the .WD files in the archives. You need to place these files in your game’s “installation directory/WDFiles”. Any other modification required has been specified with the mod.

2# Play as a Custom Character
Using this mod, you can play as a custom character like the NPC without making any changes in”TwoWorlds.par”.
All you need to do is change the text files names in the

For example renaming “heroine_darkelf.txt” to “hero_single.txt” will make your character like a Darkelf. You can also change the body parameters so that the body looks better in the armor. Refer to the text file included in the archive.

3# Inventory Mod (Items Count Increase)
Inventory mod will increase number of grid items upto 42. This actually decreases the size of the inventory icons so that more can be adjusted.
4# Crafting Mod
There are two versions of this mode. Crafting Mod allows you to dismantle rings and amulets for raw gold, which can in turn be used to improve other rings and amulets.
5# Equipment Level Down
All weapons and armors will be available before the end of the storyline through this mode.
6# Very Hard difficulty Mod
You can test your abilities as this mod will make enemies go berserk on you. It increases the hit points and damage of the enemies upto three times the default values.
7# Smaller Interface Icons
If the interface and UI is a hurdle for smoother gameplay, you can apply this mod to make interface icons smaller so they don’t come in your view when you are to fight enemies.
8# They Fight Back (V3)
This mod prevents you from winning fights by simply fast left clicking as opponents now mostly will be immune to interruption of their own attacks caused by your fast attacks.
9# No invisible Barriers
There are some invisible barriers in the game, teleporting you back if you try to cross them. Using this mod, these barriers will be made visible.Their main purpose was sealing off Eikronas, thanks to this mod Eikronas is now open!

10# Potion animation
This mod enables a formerly deactivated animation. You can see your hero really drink a potion.

If you know any interesting mod of Two Worlds II, share with us and we will feature it in Part II of this article. You can also tweak the game more to your liking by following our Two Worlds 2 Tweak Guide. If you have trouble finishing the game, you can refer to our Two Worlds 2 Walkthrough Guide.