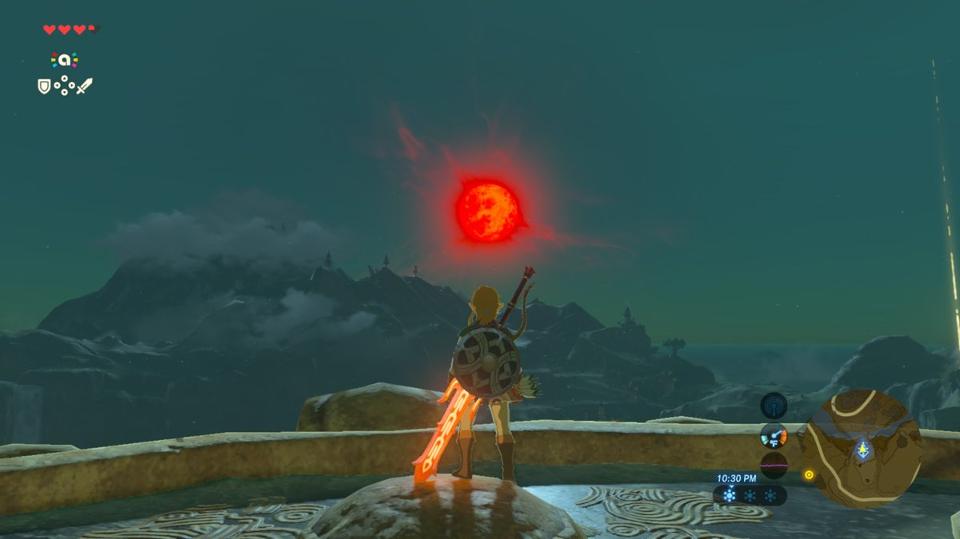 Our Zelda: Breath of the Wild Blood Moon guide will help explain the entire mechanic to players while also giving useful tips on how best to proceed when the mechanic kicks in.

While the Blood Moon enhances Ganon’s powers, it can also be useful to Link and provides some special bonuses.

Apart from that, the Blood Moon also brings back other dead enemies which the players have killed earlier before.

That is also why the Blood Moon is a perfect time to farm enemies for loot and XP. During the occurrence of a Blood Moon, everything comes back to life in the world, except for mounts, including enemies and guardians even inside shrines.

The Blood Moon usually kicks in around 9pm in-game time and passes away at midnight.

In case players aren’t equipped to dealing with enemy camps which have bosses in them, they should steer clear of these areas until the moon has passed so they don’t trigger a boss fight.

Occurrence of a Blood Moon also brings back weapons and items so in case players like a special weapon, they can place stamps in the area and then return to after a Blood Moon to pick up more of that weapon or item.

While cooking a dish, sometimes the players will have critical success during a Blood Moon which gives benefits like three extra hearts, an extra yellow stamina wheel, effect duration increased and more.

There is no specific time interval after which a Blood Moon occurs but usually it happens after a few in-game days have passed.

Players can try to force a Blood Moon to occur by exploiting a glitch which starts up the mechanic every day, if the game has been running for an extended period of time, if they feel like they are up for the challenge.