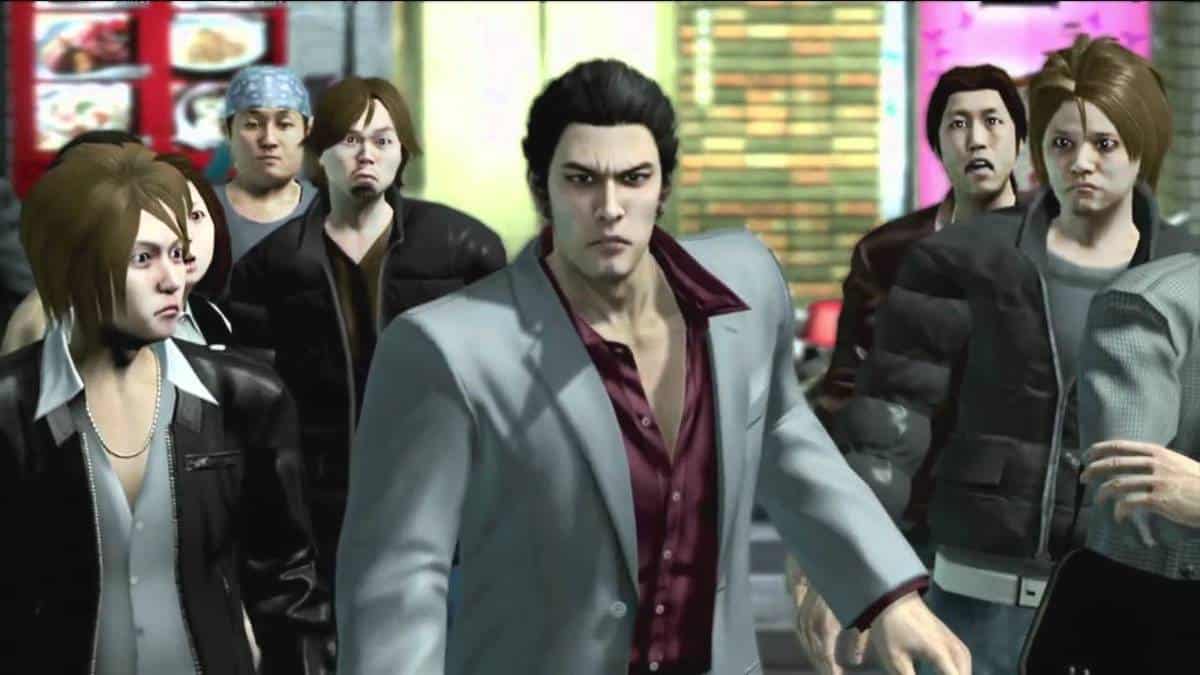 During your playthrough with different characters you should bear in mind a few details. One of these being the three gauges which represent three different stats of your characters. The yellow on represents your current amount of experience points which when is filled to the max, levels your respective character up. The red one represents your health, try not to let it empty out, and use it as a sign to change your strategy during your fights. The blue bar is your heat gauge; which once is filled up allows you to perform high damaging attacks.

Levelling up gives three soul points which can be used to purchase various abilities to better improve your strategic stance in fights. Memos are earned by talking to people with blue arrows pointing at them, and other memos are obtained by completing certain tasks with certain characters

Guide to all the characters, combos, and strategies you can employ while playing with each character in the game.

Akiyama is good with the combos. The Sx4 and Tx3 combos can do a lot of damage. Akiyama can do 12 kicks burst. So count them and keep tapping the button until he is done. His swaying ability can get you away from enemy’s range in no time, whether you are in a combo or not. So whenever anyone tries to counter you, just sway away.

He is also good at juggling the enemies. You can perform a running+TX3 move to floor an enemy and then perform a Tx2 move when on ground. You can also perform different combos on different situations as Akiyama almost hits all the time. You can easily kill an enemy if you hit him on a parked bike, movable objects or on the wall but most of the time in such a situation the enemies start glitching.

Whenever you will push them they will just roll near the wall and keep on slipping. But in such a situation you could always use the Tx2 combo to corner them, this way you can inflict a lot of damage. With R1+T button you can also perform some counter-attacks just like Kiryu

Saejima is very good with tricking. His heat mode is also very powerful, when you’re in it you could perform multiple combos such as the Sx3, all your punches will hit and almost all of the enemy attacks other than the throw will not work on you. The T hits are very powerful and they will floor any enemy, even the bosses.

So make sure when you floor one you perform different heat floor actions. There are other attacks like the Saejima’s throw, which is very powerful and can be handy with his Run+T(hold) move to get you out of trouble. Another good tactic is hitting the enemy on the wall by grabbing him and getting him in the corner to inflict as much damage as you can.

Tanimura doesn’t have good stats. His attack is low, he has a low HP and his attacks are very slow. But he has good combo heat actions, sabaki, and sabaki associated heat actions. Tanimura has 4 heat actions. All of them are activated with a T in the end of their respective combo. This could be easily activated if you are a button masher so make sure you don’t waste the heat actions in your own rage.

The sabaki move is Tanimuras most powerful and signature move, and if you are upgraded then you can repeatedly perform it by holding L1.
The best part is that the heat actions of Tanimura can be applied altogether. If you L1 somebody in heat-mode then you get an option to do another heat action. This heat action will set the enemy for one more heat action and arm lock him. You can either L1 somebody and perform the two heat actions or perform one and throw him away.

Kiryu is unique and his combos are very fast and powerful. Specially the Sx3 Tx2 combos. The heat actions of Kiryu are very important and everyone should be familiar to them. R1+O or R1+T the parry and the counter attacks are also very important and need to be mastered. Always use R1+T with the slow enemies and R1+O with the armed enemies.

R1+T is also comes very handy after you deliver a combo as most of the enemies try to attack you when you deliver a combo. When you are in the red heat mode and the dragon heat action activates then the R1+O becomes very powerful and can almost kill every enemy.
Kiryu can also juggle enemies, not like Akiyama but his tricks are more reliable. You can knock off an enemy by Sx3 then Tx2 and a simple kick when he falls on the ground.

Quickly hit X+T before letting him to hit the ground again and you will charge attack him into a wall. Then you will be able to perform another combo, you can do this trick again and again.

Bear in mind each character’s fighting style and change your strategies accordingly. If you rush in with the muscle memory of a different character, you might find yourself on the shorter end of the stick. The game will reward you highly if you study each character properly