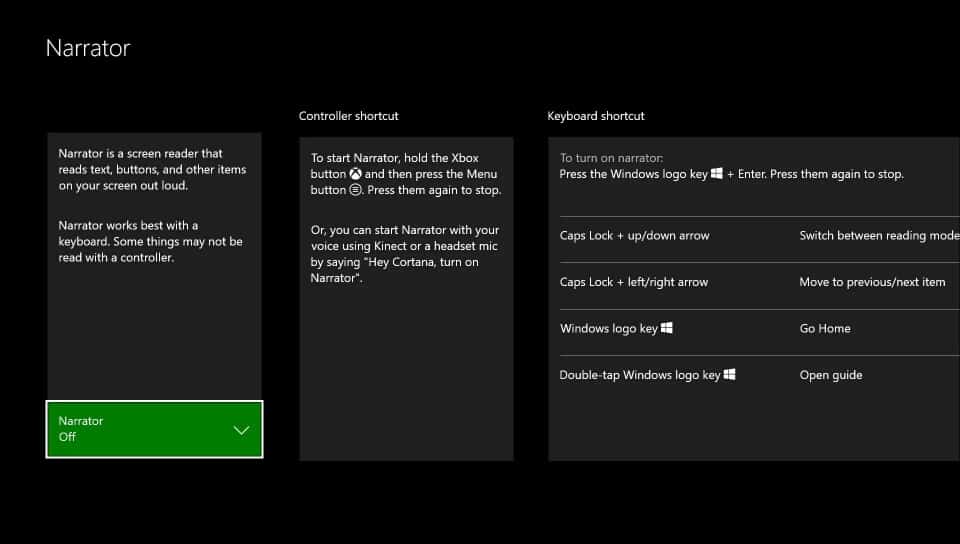 Microsoft is continuing its efforts to integrate its PC and console gamers, now not just with games and apps but the ability to use a keyboard with the Xbox One. Xbox One keyboard shortcuts have been listed on the Xbox One, so we can chalk up another victory for the Universal Windows Platform making sure that players can do everything on their Xboxes that they can do on their PCs, and vice versa.

Phil Spencer had said way back in February on Twitter that Microsoft was still working on integrating keyboard and mouse support onto the Xbox One, and now it seems that Microsoft has finally made good on that promise. Back around that period, the Xbox One supported keyboards for actual writing, but gaming was another story. Now, it seems we’ll be getting that.

If Xbox One keyboard shortcuts are a herald of the console getting full keyboard and mouse support, we may have yet more shrieking children calling people better than them “hackers” just because they’re using a keyboard and mouse.

Microsoft has already announced its “Play Anywhere” program that would allow gamers to play games that are on their Xbox One on their PC and vice versa.

If they keep integrating Windows PCs and the Xbox One together, we may be seeing various functions like apps, games, and support for accessories on both platforms steadily start to increase.

Now, all Microsoft needs to do to complete the Xbox One keyboard shortcuts are to allow wireless keyboards and mouses to remove the shackles of USB cords from PC gamers.