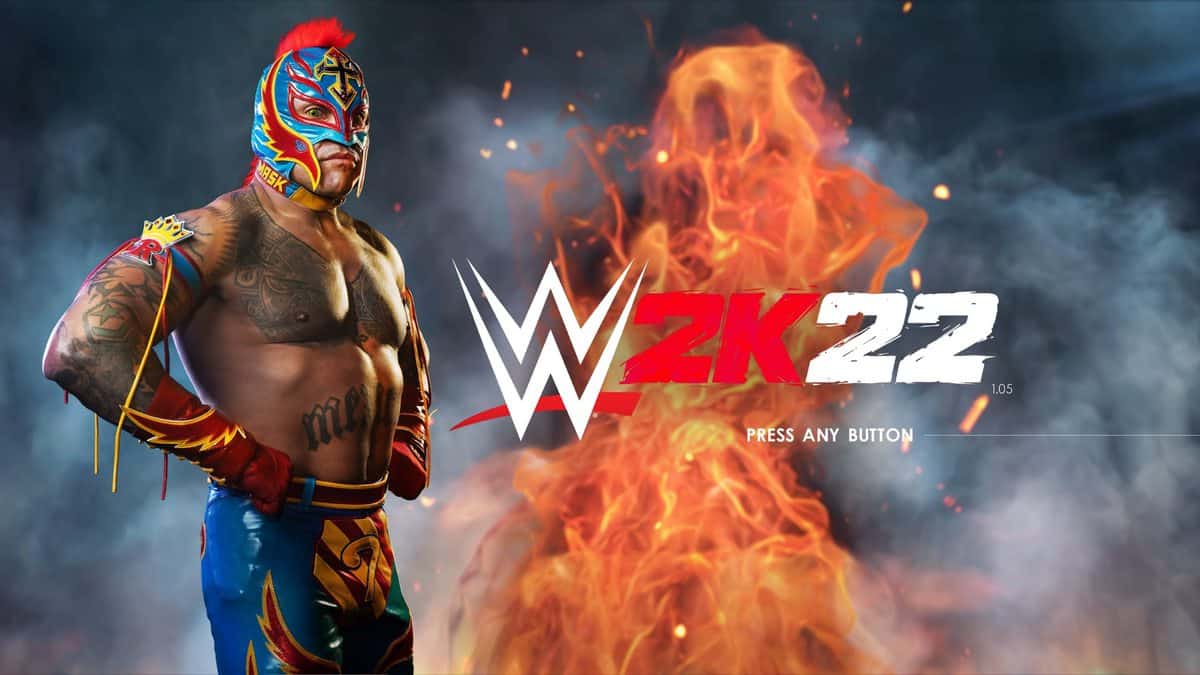 After a gap year, Visual Concept has finally released WWE 2K22. Fans have been waiting for the game since 2020 and the wait is finally over for all of us. When I finally got my hands on the game, I was a bit skeptical after 2K20, but I have to say 2K22 managed to clear all the doubts I had. The game has such as fresh feel to it, so let’s break it down.

WWE 2K22’s most prominent feature is the Showcase. This mode follows the story of Rey Mysterio, and features the most iconic, career-turning matches from 1997 to 2020. The matches show the journey of the Legendary Luchador Rey Mysterio and tell of the greatest obstacles that he overcame. The story of the showcase is narrated by Rey Mysterio himself and he describes what impacts the matches had on him as a wrestler and how they affected his career trajectory. The matches were quite entertaining as I got to face off different WWE Legends and all the objectives the game offered were similar to how Rey Mysterio actually progressed in the real match. 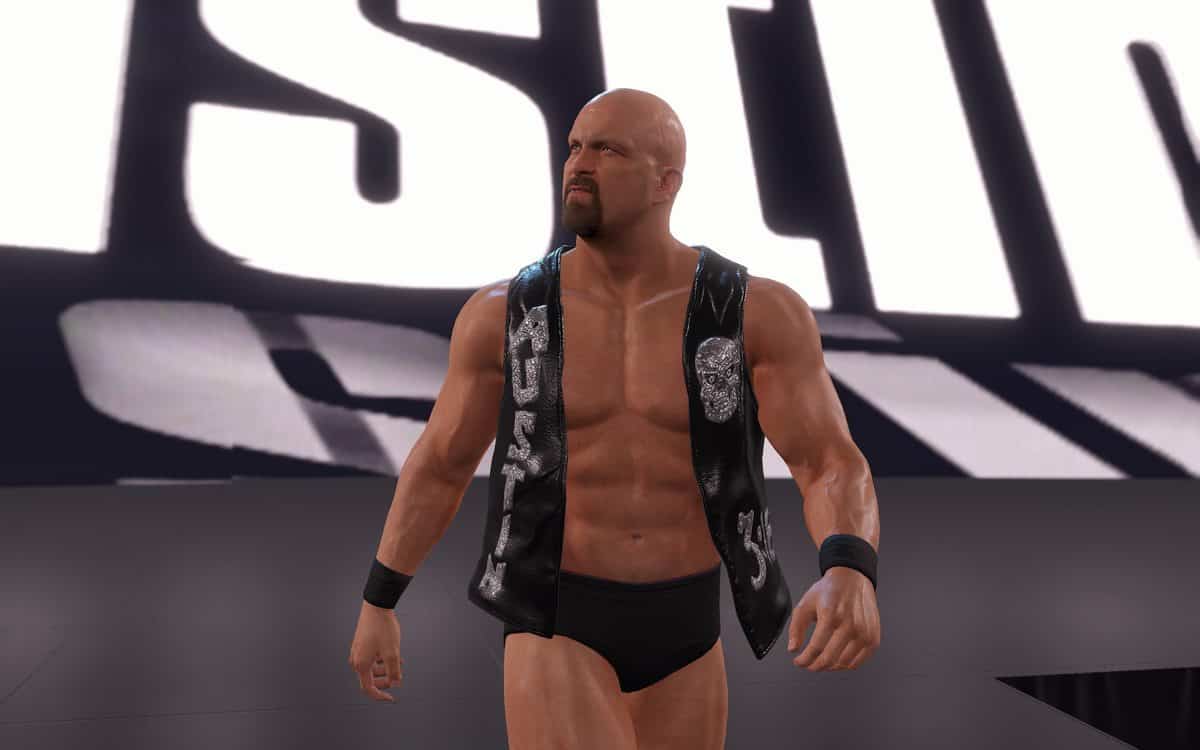 Another huge feature of Showcase I loved were the clips of the live match recordings placed in between the fight. In 2K20, you saw cutscenes based on the actual match, but in 2K22, the game actually transitions to the footage from the match between the wrestlers.

This feature increased my immersion in the match, as the iconic moments that turned the tables were right in front of me, hitting the sweet nostalgia spot. The cutscene would then transition back into the game and you would continue from there. Most of these transitions showed points where Rey Mysterio took massive damage and it seemed as if it was over for him, but players get to bring him back making the final victory all the sweeter.

I did feel that the Showcase Mode of WWE 2K22, though exhilarating, did lack replayability. There are 12 matches in the mode, but once you have finished them, with all the objectives, of course, there is little incentive to go back. The mode is exciting only during the first playthrough and after that, it just becomes an accessory to the other massive modes in the game. I hope that the developers do add more content to the Showcase, either a new storyline or simply more matches, but that’s just wishful thinking.

Indulging into the My GM mode of WWE 2K22, it was something very new. I got to pick a manager and which of the Brands I wanted to lead. I could choose my opponent, either a player or AI. We got an initial starting roaster and through the course, we could hire new wrestlers and WWE Legends. We booked matches to outdo the other brand each week by getting higher ratings and bigger profits. These profits could then be used to set up better more aggressive matches and arrange promos.

You could pin wrestlers against each other, boosting their rivalries and higher rivalries offered more ratings for each match. I’d simply Simulate a match if I didn’t want to play through it, and if I wanted specific results or a much higher rating from a specific match, I’d play it myself to make sure I either aggravate or end rivalries, or if I wanted to change my champion and get the championship to any selected wrestler. 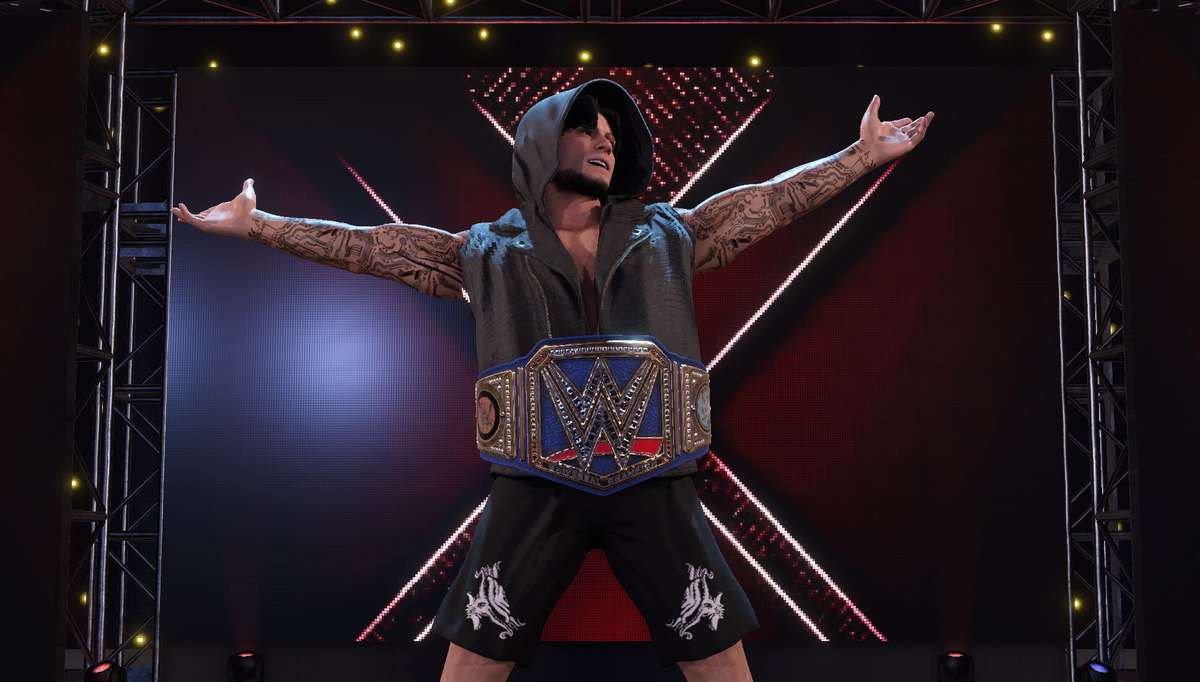 The first few weeks were a bit rocky for me as I learned how to actually book a successful match. The concepts and menus are detailed and need a good look before you can start using them quickly. Save your profits to buy and hold better wrestlers, or work on and train the bad ones into new Superstars of the WWE Universe.

The only nitpicking I can do is the lack of different matches I can book. It can only be whether 1v1 or tag team matches. I really wanted to set up Triple Threat, Handicapped, 4v4s and Four Way Matches. This was not an option. The only variation I could bring was Normal, Extreme Rules, TLC and Hell in a Cage match types, which are more directed towards rules rather then the type of match.

Next, I played the My Rise mode. This is your “Create your Own Superstar” mode and I have to say, they have added so many new options for customization of your character. I, didn’t actually spend much time in the character creator because when I saw how many sliders I can slide, and knowing I had already spent half an hour in the character creator, I decided not to spend 2 hours in the creator.

Finalizing whatever I had created, I jumped into the storyline and unlike before, it was actually engaging. You start at the performance center and then make your way into one of the major brands starting your career…just this much to keep it all spoiler-free as much as I can. But this time, it’s not all story-driven. You actually have control over your character’s attitude, relations and even many of the matches. 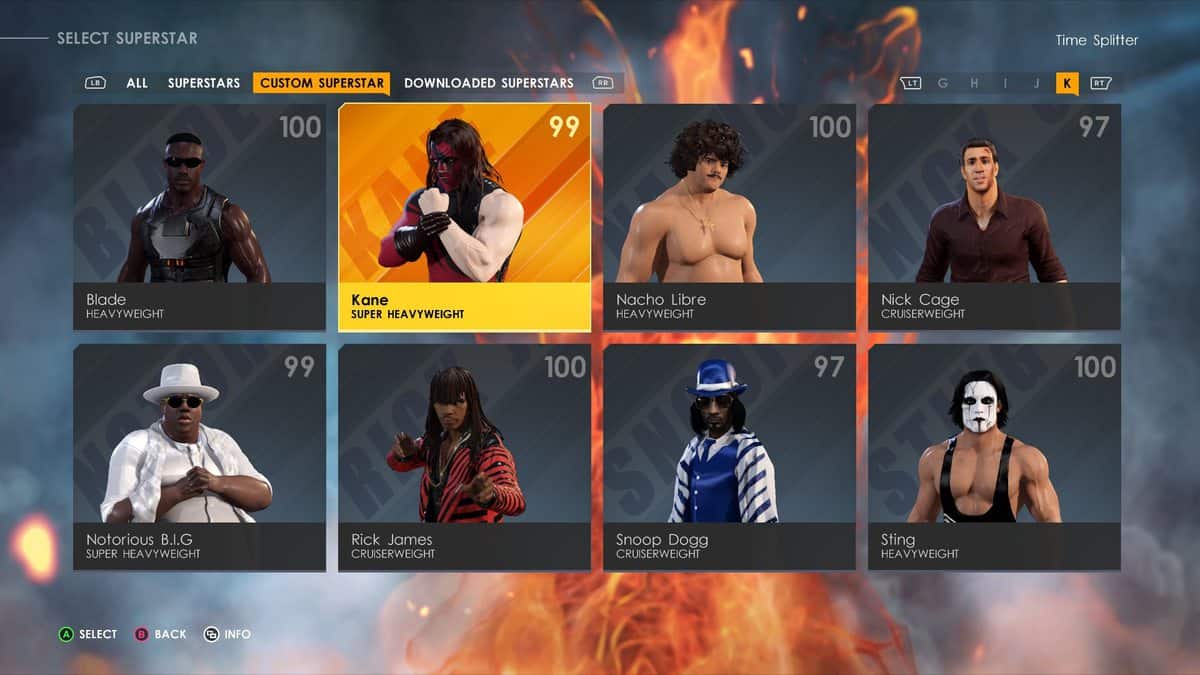 You get to control your social media, and this allows you to either make friends with, talk to or even challenge many other wrestlers to fights, and all of these are totally optional. The more you interact with other characters, the more missions open up during the progression and this affects your relationships with various Legends and Superstars. You can be as bad as they come, rude to everyone and a menace, or the saint of the WWE Universe, every decision you make has consequences. Good relations will allow you to win more matches and more respect from other WWE Superstars, whereas a bad attitude will result in more fame but other superstars will avoid or fight you.

Then, characters can text you, either planning to team up, sabotage others, or even straight-up asking to fight you in a match. You can both agree or disagree to them, making your character feel more alive and in control as compared to a mapped-out story.

Lastly, we get to My Faction. This is the Card Game version of WWE 2K22. As you start, you get a pack and you get your starting range of hero cards, ranging from Gold to bronze. Equip these Cards and build your roaster hand. With this, you can then play and compete against other players in the world.

This mode is based on grinding. The more wins you get, the more rewards you get. These are based on XP and Currency which is then used to upgrade your characters and buy more special skills and perks for them.

The grind in this mode is steep. Every match is a 4v4 and every time you try to pin a rival, someone on the opposite team will come and break your pin, which drags the matches out way too much. This is also the mode where the Microtransactions come in. the mode has a special currency, VC Points, which are used to buy premium characters and Character Packs which can then be used in your roaster.

The only problem I had with this mode was the over-steep grind curve. Winning matches can be a huge task in only 4v4 matches and 1v1 or 2v2 options should also be present. Otherwise, nothing too much about this mode as it is mostly a PvP element even though you can play against AI. 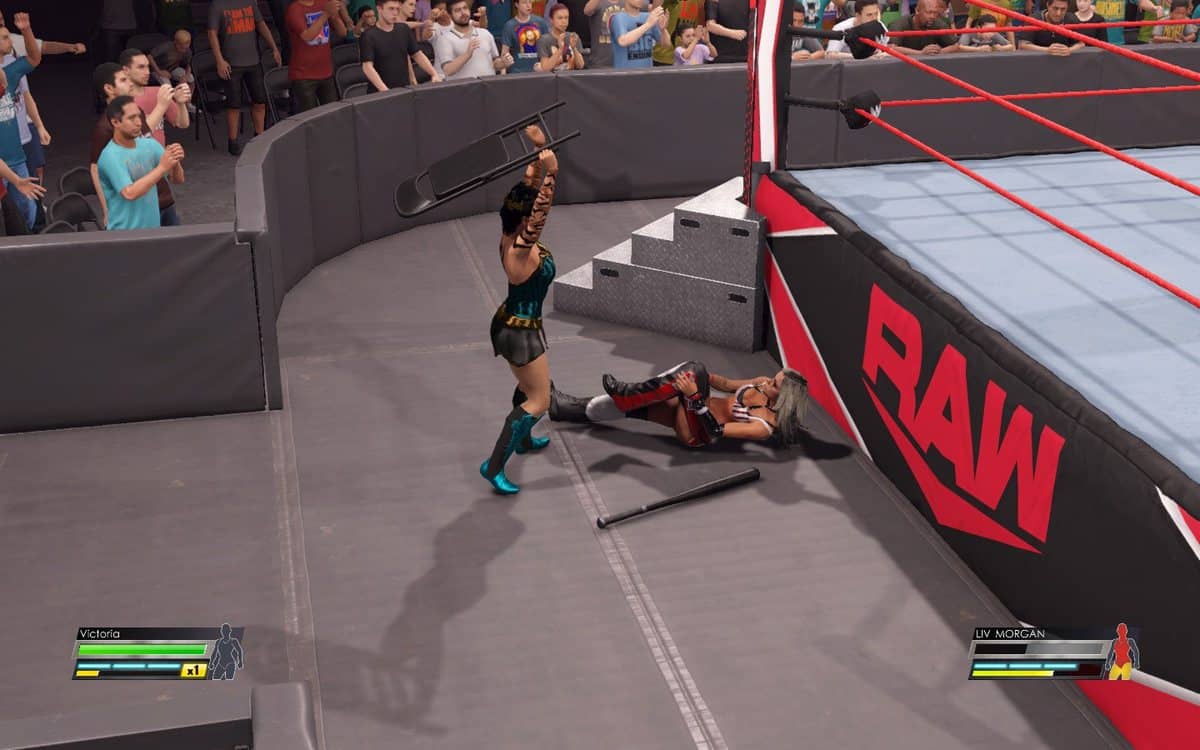 After WWE 2K20, this game was a breath of fresh air for me. The controls were simple and straightforward. Grappling has never been so simple and there is a huge variety of grapples that you can easily access depending on where you grab your enemy. An interesting thing I loved was that if your enemy is too heavy to lift in a grapple, your character will automatically switch out that move for one that doesn’t require lifting.

I was able to bypass lag and input delay issues as in previous games and this made it much more consistent to break pins and submissions. This was one of the most welcomed changes in the game in my opinion and I was really excited to see this new change in the game. It seems WWE is actually learning from past experiences.

Reversals have been changed as well. Unlike previously where you had fixed reversal slots and could only use the reversals only a fixed number of times, this time you can use reversals infinitely. You can also hit reversals on reversals, making matches way more intense.

Lastly, Stamina is gone. I am so happy about this change because now I don’t have to look out for an additional bar to see if I can even hit an attack or not. We do get a Stun bar this time, which when filled keeps you from moving or reversing any attack, but it depletes fast enough and is bearable.

Another great mechanic is that your attacks can change depending on the situation. If you do an attack that doesn’t seem to connect very well depending on the opponent’s position, your character will actually change the attack that better connects and is also visually pleasing. The character faces are fixed. Superstars can actually be recognized by looking at them, unlike previously where the faces were so distorted that you couldn’t even recognize them. The character models look the same as their real counterparts. 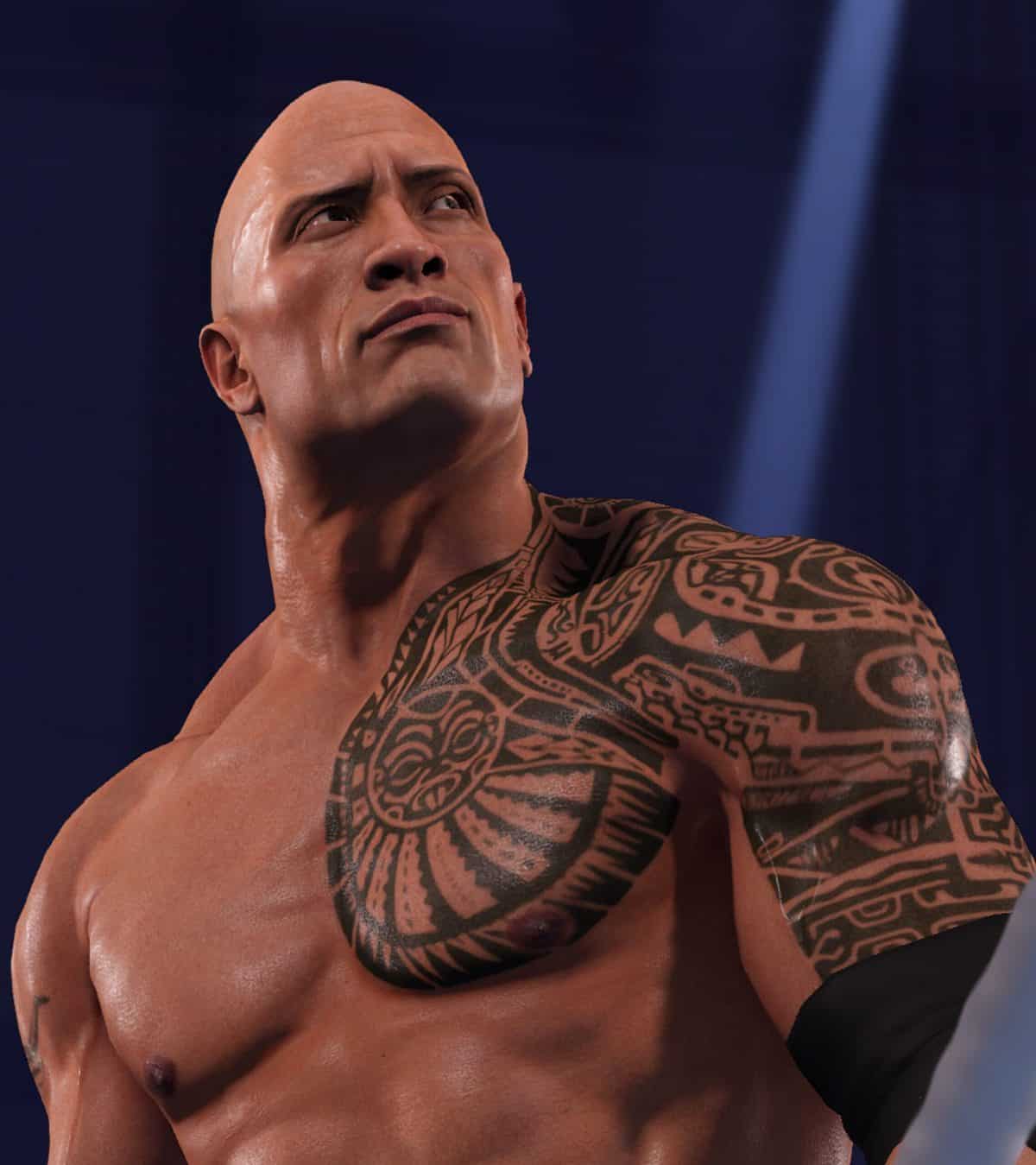 The graphics have also been improved overall. Even in My Rise, I didn’t feel as if any part of my character was forcefully expanded or overly contracted and the uniformity was visible enough to be noticed. The game looked beautiful and even the audience members are carefully designed and animated. No part of the game feels as if it was overlooked or ignored by the devs.

All the moves, attacks, grapples and special moves feel real and are enjoyed by the player. The hitboxes on the characters are also good and unless an attack doesn’t connect physically in the game, it doesn’t connect to the opponent as well. You need to be in the range close enough to actually land attacks. I never once saw my or any opponent’s attacks land on each other that doesn’t connect visibly. It was a good way of increasing immersion and every time any attack of mine missed, I actually knew why it missed and what could I have done better.

WWE 2K22 has shown improvements compared to previous entries. Visual Concepts has clearly learned from their past mistakes and have improved upon almost every aspect of the series. The game feels like a breath of fresh air to a series that has long been stagnant and every fan of the WWE universe should give this title a try.