Wasteland 3 has just been released and brought with it a ton of RPG fun we didn’t know we needed. Packed in a world where morals and ethics are no longer a given, Wasteland tries to mess with your mind between decisions you didn’t know you had to make. Brought to PC and consoles by inXile Entertainment, Wasteland 3 is a lot of fun and this is our review.

Where should one begin when making a Wasteland 3 review? The game is so packed with stuff that it took me hours to get accustomed to the way things work. It’s obvious from the very first minutes that inXile Entertainment tried their best to make the third installment to the franchise a AAA worthy experience, although at times it felt like it was too much. Let’s take things slow though by first talking about the game’s world. 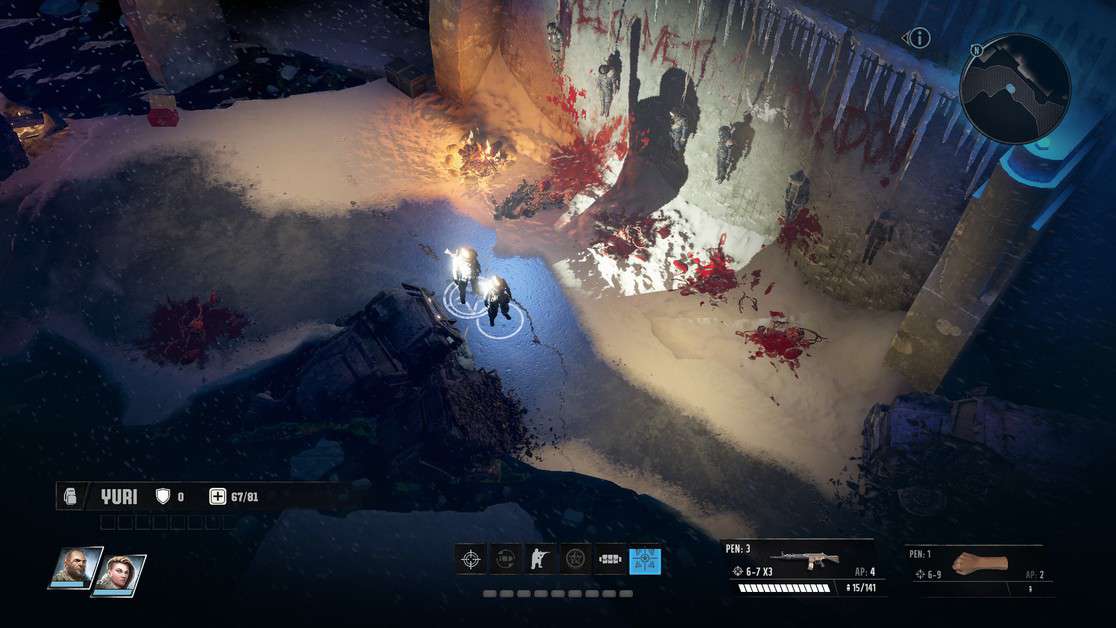 Wasteland 3 is set in post-apocalyptic Colorado, spread across different cities each with its very own ecosystem. You play as a duo of rangers who form a squad in order to earn the favor of the Patriarch, a weird politician wanna be that talks the big talk quite a lot. The story unfolds slowly but doesn’t seem like it can scratch the itch of a hardcore narrative lover. By the time I learned that conversations have real repercussions, I have made so many terrible decisions.

The way storytelling works in Wasteland 3 makes it easy to miss and it requires a lot of patience and attention to feel truly immersed. InXile manages to take post-apocalyptic America and make it a parody of itself with sadistic characters, shocking scenes, and dialogues that make you question your own morals. Wasteland 3 is unapologetically raw and won’t hesitate to throw political, ethical and racial matters to the table and have the player questioning.

Each character you meet in the game is an entirely different entity. From the way they speak to their motives and aspirations, each dialogue is different and you never know when helping out a roaming character will result in you gaining or losing some fame with a faction. Some of the main characters in the game will also get first-person conversations where facial expressions and voice acting work at their best. 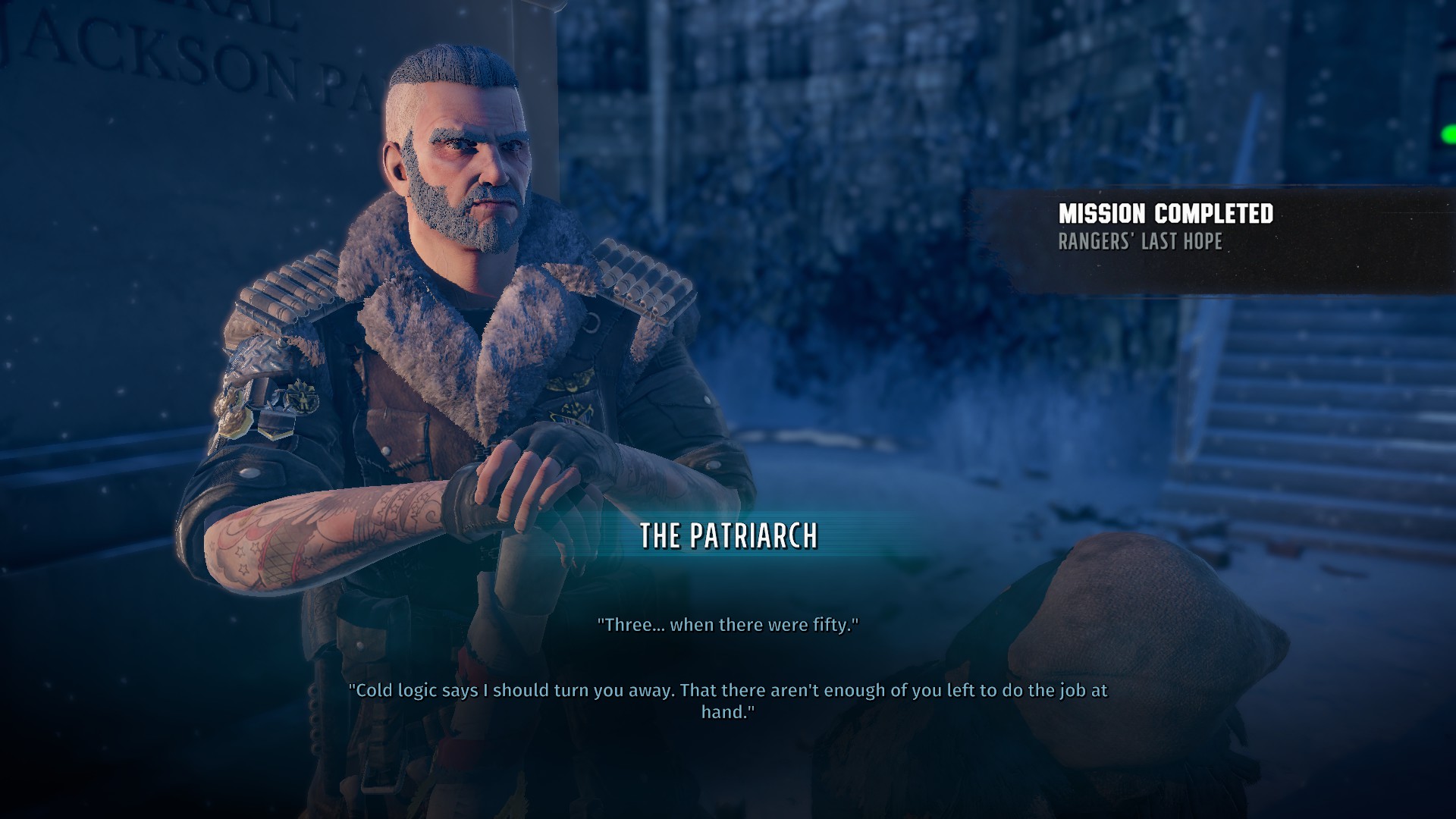 Even with the decision making and the talk, Wasteland 3 doesn’t manage to make me emotional with its narrative. Be it its length which stretches to 100 hours or its characters that tend to talk quite a lot, I lost the big picture quite early. In fact, I would prefer it to be 30 hours long, with a more on-point mission log and less fluff. However, I won’t deem it as much of a fault since its gameplay is stunning and we are mostly here for that. I consider myself a huge turn-based strategy lover and I can say that Wasteland 3 has reached the perfection that XCOM had back in its days.

So, Wasteland 3 is your classic turn-based action RPG but with its RPG elements being turned up to their maximum. In the beginning, you’ll be tasked with choosing your first two characters which can either be selected through a list of predefined duos or created anew. I found the character creation to be surprisingly fun, especially since you can create characters mid-game too by visiting your base at Ranger HQ.

Character creation is, surprisingly, super fun and it’s mostly the reason why I started caring about my squad. I bet that if you only choose predefined characters, they are nothing more than meat shields to you for the first few hours. During character creation, you can choose the appearance of him or her, decide on his main skill points, and choose a background for his personality. 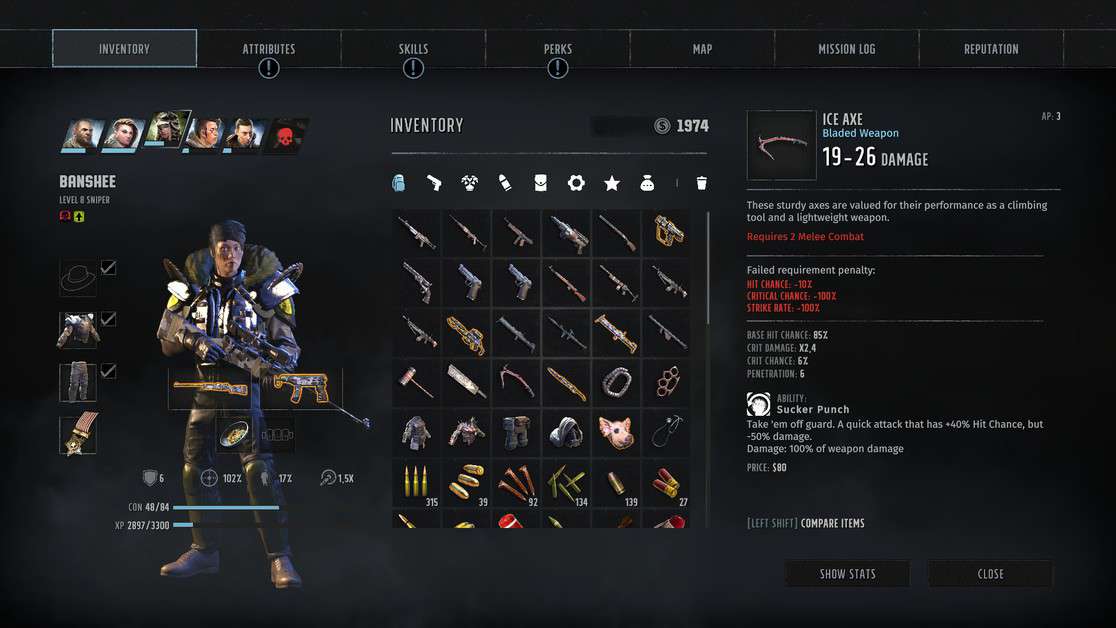 Those characters will then be added to your squad and you can equip them with gear and weapons that you find scattered across the world of Wasteland 3. That’s where the RPG elements shine, there’s a big variety of guns to try out, a robust upgrade system for everything, and a ton of random things to pick up in the meantime.

Most battles will take place within the limits of a city or area, but there are also random encounters happening on the “world” map where you travel around with your Kodiak. Those fights are relatively easy if you get the ropes of turned-based strategy games. However, I couldn’t help but feel how unfair it was at times. I would miss shots while having a clear view of the enemy just because he was next to a rock or I would completely miss on throwing a grenade out of the blue. This clearly impacted my fun in the game, I wouldn’t go as far as to drop it because of it. The fact that you can mix and match different character playstyles with different weapons etc is worth an unfortunate event here and there. 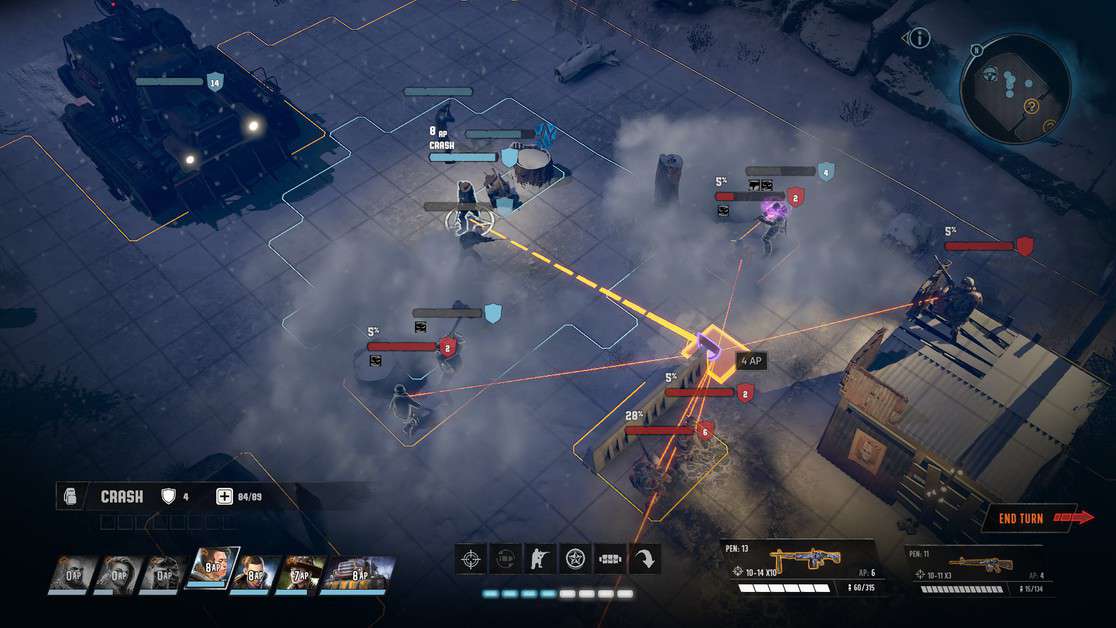 Apart from basic gunfights and melee hits, characters can use special abilities like precision shots and robot hacking and use equipped items like grenades and healing items. These will come in handy as you move further into the game.

One thing I’d want to touch on and it’s probably the first thing that pops into mind when it comes to how to mission log works. The first few hours of Wasteland 3 I’d find myself trying to find where my mission wanted me to go. The further you move into the game, the more you’ll make sense of your missions. It does require some hustle to figure out what you are doing in the beginning. 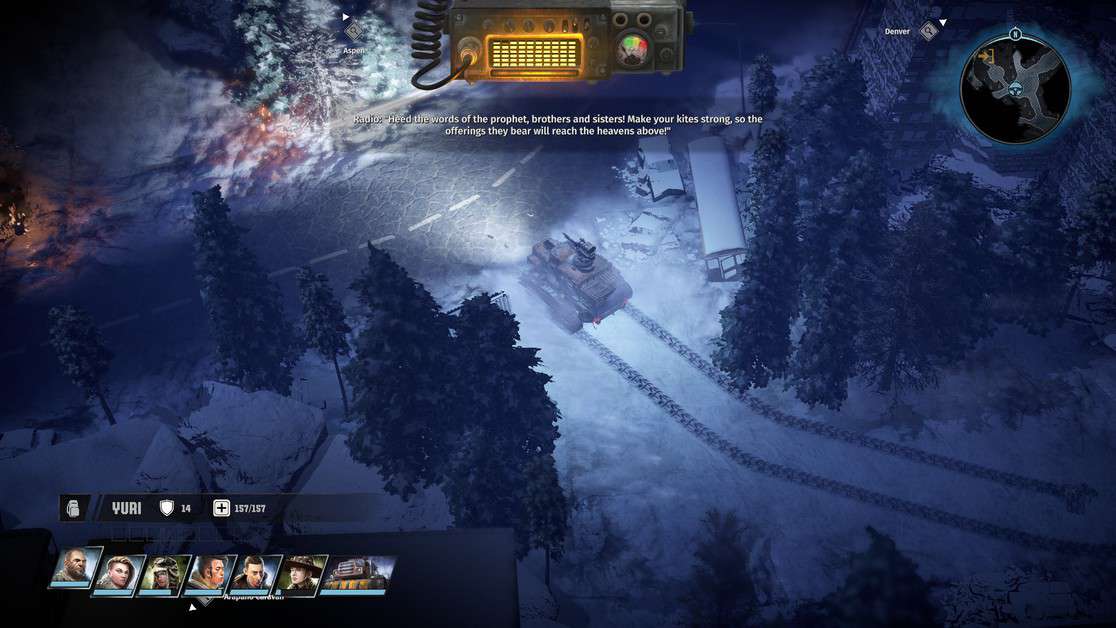 There are two main reasons why audio in Wasteland 3 is at its best. First, there’s the voice acting. With that many characters, you’d fear that voice acting might be flawed and feel unpolished but this is 100%, not the case. Each conversation will feel unique and organic. The second is its soundtrack which is incredible at times and can really set up the mood of the fight. I really appreciated the tracks inXile selected for some key battles.

Overall, Wasteland 3 left me satisfied even if I alt-F4’d a lot after a bunch of consecutive missed shots in battles. The world of Wasteland in the third installment is as vibrant and dense as ever and the fact that you can create new characters and test out different tactics to master the fights. Even without the fights though, managing your HQ, making decisions and winning the favor of different factions proves that inXile was in their right minds to make this game.

I would definitely go back to test out some new things and make different choices at some key branching conversations. Those conversations might not have been as substantial as I’d want but overall I don’t have any major reasons to think that Wasteland 3 was not worth my time. If you are a fan of turn-based strategy games, you’d 100% want to try out this one and I’m pretty sure you won’t be disappointed either.

Wasteland 3 is available on Playstation 4, Xbox One, and PC with no news on it hitting next-gen consoles with a new edition.

With a robust RPG system, branching conversations, and a world worth admiring, Wasteland 3 is a worthy addition to the franchise and one of the best turn-based titles I've tried in recent years.