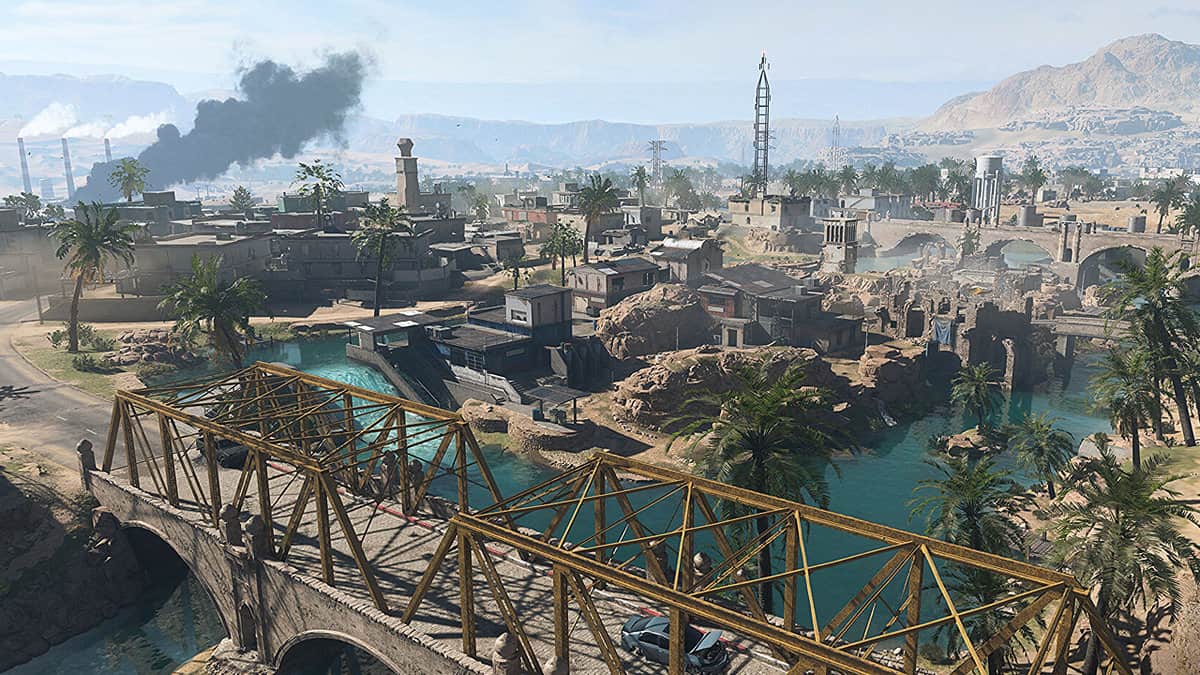 Call of Duty: Warzone 2 features an all-new map called Al Mazrah which is based on the city of the same name from Modern Warfare 2.

Al Mazrah is the biggest map ever made for Warzone and contains several, popular locations from the previous Call of Duty games.

There are 18 locations in total which are further divided between several points of interest. However, you cannot just land anywhere at random. You need to consider the risk-reward factor when choosing your drop point.

The following guide will tell you the best locations to drop in Warzone 2 for the most loot and gear.

Best drop locations with the most loot in WZ2

The Quarry has returned after its rework from Modern Warfare 2. This is one of the best drop locations for quads as the area is spread out with plenty of structures that provide cover.

Quad teams can easily loot before getting straight into the battle. The area is large enough for a few teams to use it as a drop location however there is sufficient loot for multiple teams.

The loot itself is sufficient to get you started before you progress to more risky spots.

As great as the loot is this spot is very risky as the snipers posted on the skyscrapers leave no safe spot to land. Unless you want a challenge we recommend dropping at some safer spots.

Sitting on the south coast of the map, Sawah Village is a pretty peaceful place to drop at. You will most often find it deserted, which is why it is one of the best (and safest locations to drop if you are playing solo).

Once you have looted up, you can make your way across to the Stronghold nearby and gear up with higher-tier loot.

Taraq Village sits to the north of the Warzone 2 map. The area is close to other popular loot sites and is a smart choice to drop at with your squad before heading toward more dangerous locations.

The spot is also one of the best drop locations for solo players as you can pretty much grab the uncontested in a wide-open area.

You are also at a higher elevation from Al Mazarah City, meaning you can snipe opponents as you move out.

The Observatory sits in the center of the map giving players a great strategic advantage in terms of circles. However, it is risky to drop here as numerous squads will be looking to exploit the loot, elevated land, and positioning advantage.

The best way of taking control of the Observatory is to secure the rooftops and elevated positions in the area. This location can give an advantage in both quads and solos but is more so tailored towards the former.

The eastern part of the map is a place no one actually goes to. Players will most often jump over there at the start to catch the incoming train. Beyond that, no one really goes over there, which makes this a good starting point for you in solos.

The east suburbs of Al Mazrah are huge. They are filled to the brim with every necessity from fuel, guns, and armor. You can also make your way down, east of Ahkdar Village, and continue looting your way west before going north to the Observatory.