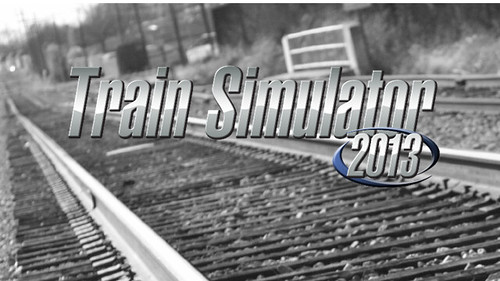 Train Simulator has been on PC for quite a while and some bugs might get in your way to experience this gem. If you are among the few unlucky chaps unable to play the game for some reason, refer to the following troubleshooting guide for Train Simulator Errors and Fixes.

#1 Gameplay Stuttering
The issue can be associated with the graphics. You should try disabling the TSX for the boost in performance as it eats up a lot of resources.

#2 Black Screen
If you are meeting the recommended system requirements and have up to date drivers, then should try launching the game after deleting your local profile. Changing the resolution and other gfx settings can also help you to find the cause of the problem.

#3 Not a serialized binary file
This could be a problem related to game files. Try verifying the integrity of game files to see if that fixes your problem. Furthermore, don’t forget to clear the game cache.

#4 Blue Screen of Death
The game does not go easy on hardware so if you are facing the blue screen error while playing the game, then it’s time to release a bit of pressure. Simply put, you can try capping your FPS to 30 so that the game does not consume too much of the resource, and the blue screen is avoided due to less overheating, etc.

To stabilize the FPS to 30, you can add the following command in the launch options:

#5 Train Simulator 2013 DLC Does Not Work
Some users have reported that they are having issues the class DLC they purchased. The issue has been notified, and we are expecting a fix for it soon.

#6 Failed to Load Scenario.bin
If the game fails to render a scene in the game, you will be hit with this message. The issue can be fixed by clearing the game’s cache and verifying the integrity so as to restore all corrupted and missing files.

#7 Failed to create vertex buffer (D3DERR_INVALIDCALL)
The first thing you need to do is check if your computer meets the required specifications in order to run the game. If so, then you should try closing any useless programs running in the background that could be hogging memory or your processing power.  Try lowering your graphic settings to minimal as well.

As a last resort, try re-installing DirectX, if neither of the above mentioned options work for you.

#8 Missing Executable
Verify your game’s cache in order to get the executable file again.

#9 Consist Builder – Can’t Load xxxxxxxxxxxxx
This error will appear when a file integral to load the scenario in question is missing. Fixable by verifying the game’s cache so as to recover all corrupted files.

If you came across anything that isn’t listed, let us know in the comments and we will try to help you out!