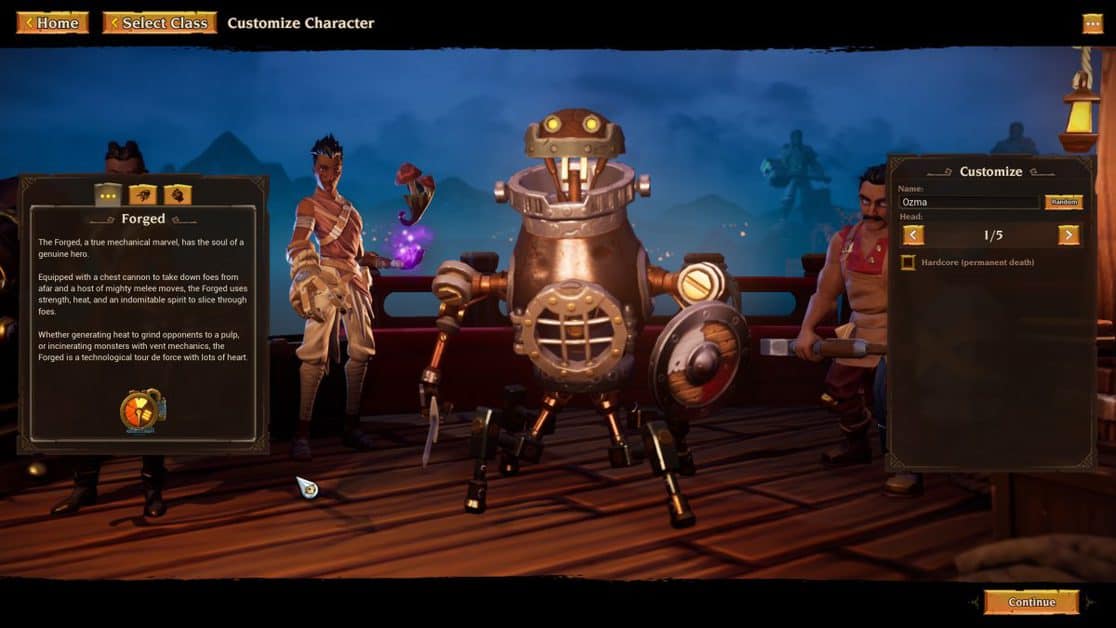 To help you out with creating the best build for Forged in Torchlight III, we’ve prepared this Torchlight 3 Best Forged Builds guide where we’ve listed the 3 best builds for Forged and how you can create them.

The Forged is probably the tankiest class in Torchlight 3. It has great survivability and can output some serious damage, but only if you create the right builds for it.

However, this isn’t as easy as it sounds, as there’s a lot of skills, gear, and weapons in Torchlight III to choose from.

This level 60 build focuses on the Electrode subclass. It has the potential to deal some crazy damage once you get your energy filled up and get all the buffs you need.

All the different skills used for this build synergize with each other to maximize its overall damage output.

These skills are the core of this build as they increase the damage output for all the other skills like Lightning Strike, Cyclone Mode, Thousand-Volt Burst etc.

Not only does this build have great damage output, but it also gives you a fair bit of survivability through Skittering Shoulder and Ramming Robot, so you won’t end up being a glass cannon.

Cyclone Mode: Dishes out a decent amount of damage and also vents 50 heat.

Sonic Pulse: Increases your damage output by 40% for 6 seconds. The Tier 1 bonus gives it the ability to stun for 1 second.

Lightning Barrier: Increases your block chance by 25% and shoots out shock bolts at fixed intervals for 4 seconds. Its duration goes up to 6 seconds at Tier 2.

Localized Storm: A really good source of DPS, allows your other abilities to proc more often, and also grants you and close by teammates a 25% damage buff and 10% movement speed buff.

Thousand-Volt Burst: After using 200 energy in total with your other skills, you’ll be able to use this relic skill to release a massive burst of damage.

The first piece of gear you want is the ‘Unstable War Arm – Cast Vortex Bomb’ cannon, but a good rolled version of it.  With this cannon, when your heat goes above 75, a secondary heat wave is released which deals 400% weapon damage.

For the weapon, it doesn’t matter if it’s 1-handed or 2-handed, it just needs to be good rolled, socketed and Blue. Same thing with the shield, but you can also wear a Focus instead if you want.

For this build, you need to wear the following 3 Mountain King’s pieces.

Mountain King’s Cuirass: When you cast Thousand-Volt Burst, your movement speed is increased by 10% and you deal 100% weapon damage to targets close by on hit.

Wideload’s Cavebreaker: On hit, there’s a 10% chance for stalactites to be dropped, which inflict 30% AoE weapon damage.

This level 60 build focuses on the Blood Drinker subclass. Like the previous build, it also has incredible damage potential when you max out your energy through the combo of max level Dance of Death, Blood Seekers, Drain, Vortex Bomb and Rapid Strike.

When playing with this build, you want to lead your combo by first using Sonic Pulse to inflict vulnerability on the target, which will make them take 40% more damage.

This build has some really good survivability as it gives you 50% damage reduction and regenerates 20% of your max HP per second through Living Barrier. You also get further regeneration via Blood Seekers and Drain.

Drain: This skill gives you a boatload of AoE DPS for a very lost cost of energy (12.5 at Tier 3).

Rapid Strike: This spammable skill will increase your damage output while also giving you more heat. At Tier 2, you’ll get +20% damage to all of your Brawl Skills.

Sonic Pulse: Increases your damage output by 40% for 6 seconds. The Tier 1 bonus will increase your Relic Energy Charge Rate by 10%. If you’re wearing the Mountain King’s Hatch, this skill can be cast automatically.

Living Barrier Reduces incoming damage by 50% and heals you for 20% of your maximum HP per second. It lasts for 3 seconds and then goes into a cooldown. The best thing about this skill is that it costs zero energy.

Blood Seekers: Increases your DPS by a decent amount and increases your damage by 25%. It also gives you more regeneration.

Dance of Death: After using 200 energy in total with your other skills, you’ll be able to use this relic skill. You should only use it on high-level enemies and bosses.

For the weapon, you need a socketed 2-handed Blue weapon that has a Flat DMG base and 1 or more bonus Flat DMG affixes. The most ideal one is +%dmg to Drain.

The shield needs a Flat DMG roll, built-in defense as the top affix and has to be socketed.

For this build, you need to wear following 3 Mountain King’s pieces.

Face Breaker: Gives your Rapid Strike skill the ability to shoot a piercing projectile that deals its equivalent damage.

The Forged class is very tanky and is able to deal some serious damage, but its biggest con is its slow maneuverability on the battlefield. This build is designed to fix that issue to make the Forged both strong and agile.

This requires you to have the Blood Drinker Relic, which will enable you to max out a set of skills that work on your maneuverability.

The most important skill out of the ones above is Drain, so you need to max it out first.

Cyclone Mode is your main source of damage for this build, and it works hand-in-hand with Drain; so it should be the second skill you max out.

Cyclone Mode will deal damage but also enable you to position yourself perfectly to deal more subsequent damage to the enemies through Drain’s AoE burst damage.

Vortex Bomb is your main vent skill in this build. You should always use it after using Cyclone Mode.

Finally, Dance of Death will help you out when you’re facing high-level enemies or large groups of hostiles.

Power Projection and Sonic Pulse synergize together to make the enemies more vulnerable to damage.

Poison Dart gives you an additional way to dishing out damage to targets.

Fracking Strike is your support vent skill, which works better for bosses than Vortex Bomb, if you build it up properly.

Ramming Robot increases your agility and helps you get out of dangerous situations.

Energizer is a very important passive skill as it allows you to gain more energy, which you can then use to cast Drain and Dance of Death more frequently.

You can also use legendarium items like the Arc-Powered Treads to improve the casting rate of Dance of Death and Drain, Arc-Powered Shoulder’s to further improve Dance of Death’s potency and Unstable War Arm to give yourself a damage boost while you’re casting skills