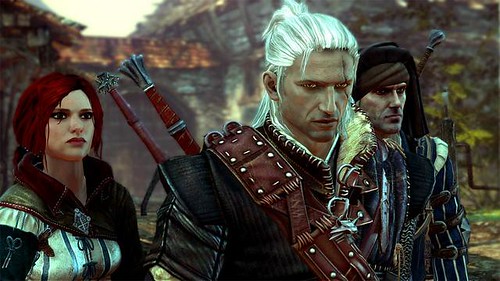 Like most other competitive role-playing games of the modern times, The Witcher 2 offers players the luxury to practice crafting.

Crafting is not only fun, but can also provide you with some of the most powerful items in the game. Though many learn to craft quickly, the art is difficult to master as it requires quite a bit of exploration and multiple steps of crafting.

Crafting Basics:
Though crafting is something non-exclusive to The Witcher 2, the game does tend to deviate from norms in such co-curricular in-game activities. Alchemy is another example of this.

The items that can be crafted are crafting components, potions, oils, bombs, traps, lures, armor and weapons.

In The Witcher 2, crafting is done with the help of schematic diagrams. These are basically blue-prints for the crafting of the item. Without a schematic diagram for a specific item, Geralt won’t even know it can be crafted.

After finding the required ingredients of the item, Geralt must take the schematic and ingredients to the craftsman, designated by a plier icon on the map.

Many ingredients can be bought from merchants from very early in the game. It is best to plan ahead and start collecting ingredients for crafting during your journey(s). Do note that though ingredients can themselves be crafted, it is not an economically cost effective.

If a merchant runs out of ingredients, the stock will always generate if you spend some time out of town and revisit. Patience is the key here, and the more you have the better the fruit.

Note on Alchemy and Potion Crafting:
Alchemy Formulae Guide – Those who have played The Witcher 1 will know the powerful influence potions can have in the game series.

Though in the sequel potions are potentially just as strong in-terms of effects and buffs, their method of application and duration has changed vastly.

Most crafting addicts tend to invest a lot in crafting potions. While the formula would’ve worked brilliantly in the first game, potions in The Witcher 2 are slightly less significant. There are two reasons for this:

Firstly, now Geralt cannot consume potions in the heat of battle; he can only consume them when he is meditating.

Secondly, as always potions have a limited duration of effectiveness. This is fine for the most part, but the real problem is that the timer runs even during conversations. Because of this you will notice many times that your potions will run out before the buffs can be utilized in battles.

Now, the issue that arises because of this change in mechanics of potions is the questionability of investing in potion-making. Personally, it is recommended that players should more on crafting other equipment as it will be a better investment. Read our Alchemy Guide for more!

Where to Find Schematics:
It’s a little difficult to find schematics for an item you wish to craft randomly. Because of this, we’ll give you a head start in the schematics of certain items and where to find them.

We have a detailed guide right here with the schematics for a big list of items.