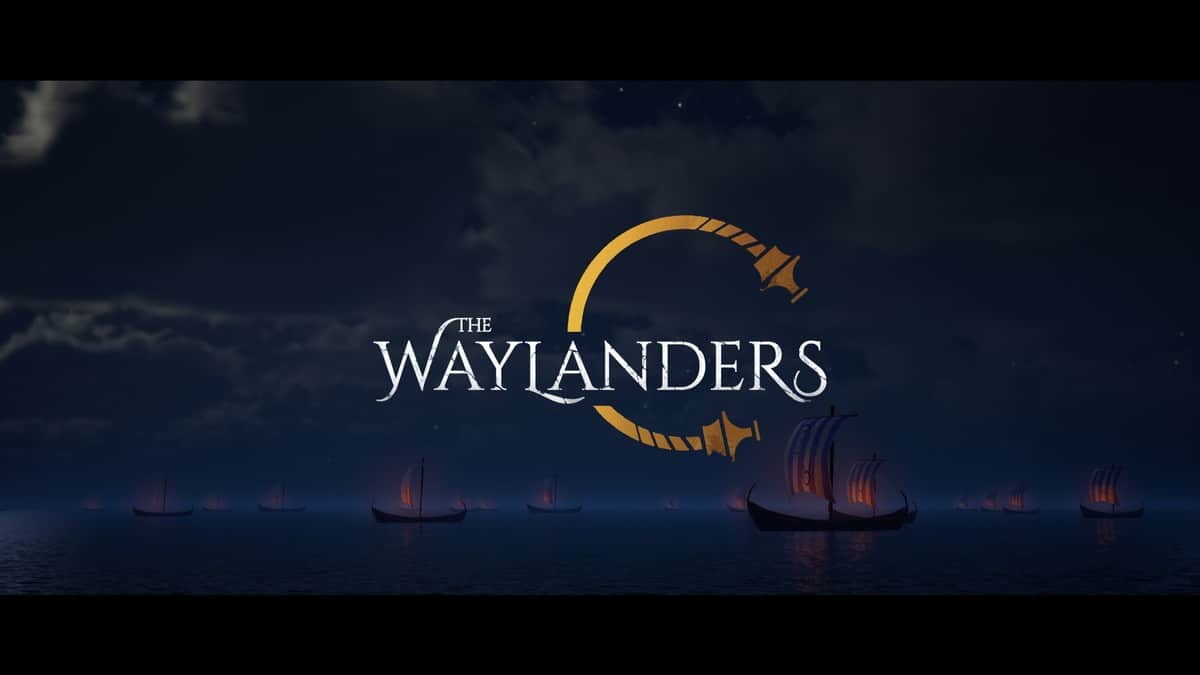 There are a few core elements I look for in party based RPG games: An engaging world with compelling lore, a well written plot and a great combat system. The Waylanders, with its unique Celtic lore, checks one of those boxes but it sadly falls short with the rest.

The Waylanders starts by first letting you create your protagonist character. It has great options to make a Celtic warrior, but for the non Braveheart fans out there, it feels limited. There are options for different races and classes, but they felt largely the same. I will however praise the game for an inclusivity feature allowing you to assign preferred pronouns to your character

The only exception to all the Samey options to me seemed to be the Mourians, but even they just felt like color swaps. I made my Mourian Sorcerer and decided to start the adventure! 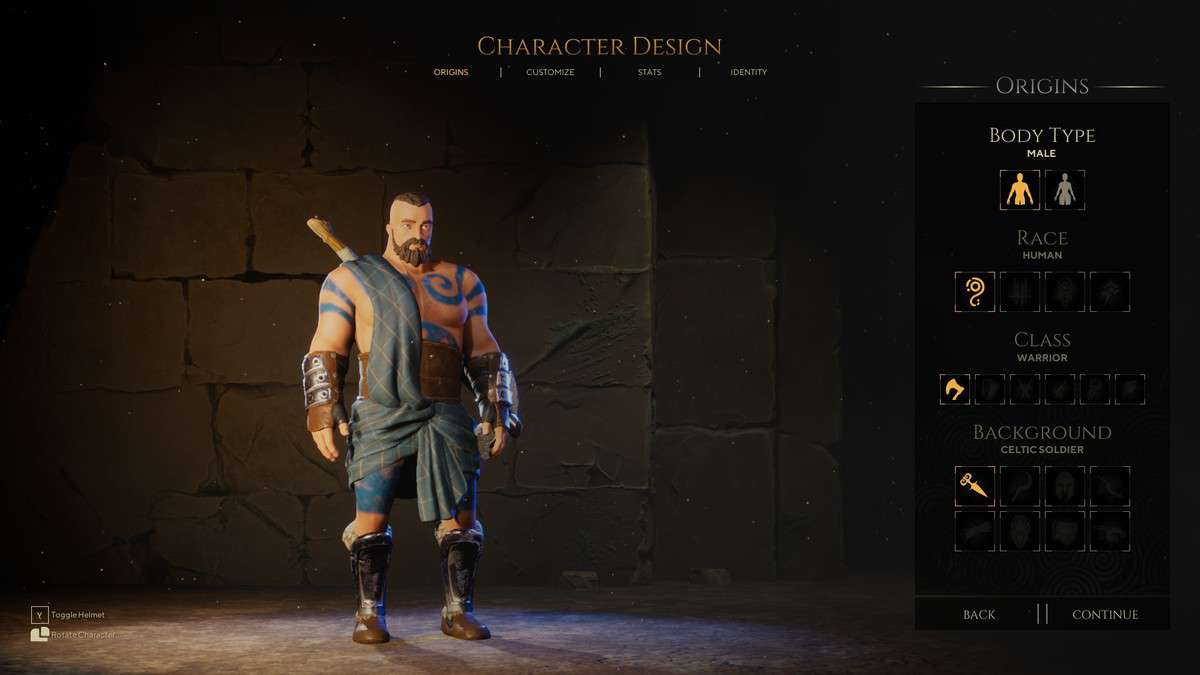 The start of the game sees you accompanying King Ith and a cast of colorful characters setting out to meet their Gods, the Tuatha. The usual suspects are there, cutscenes, dialogue trees, exposition and character introductions but that’s par for the course. What immediately struck me though was the art style. 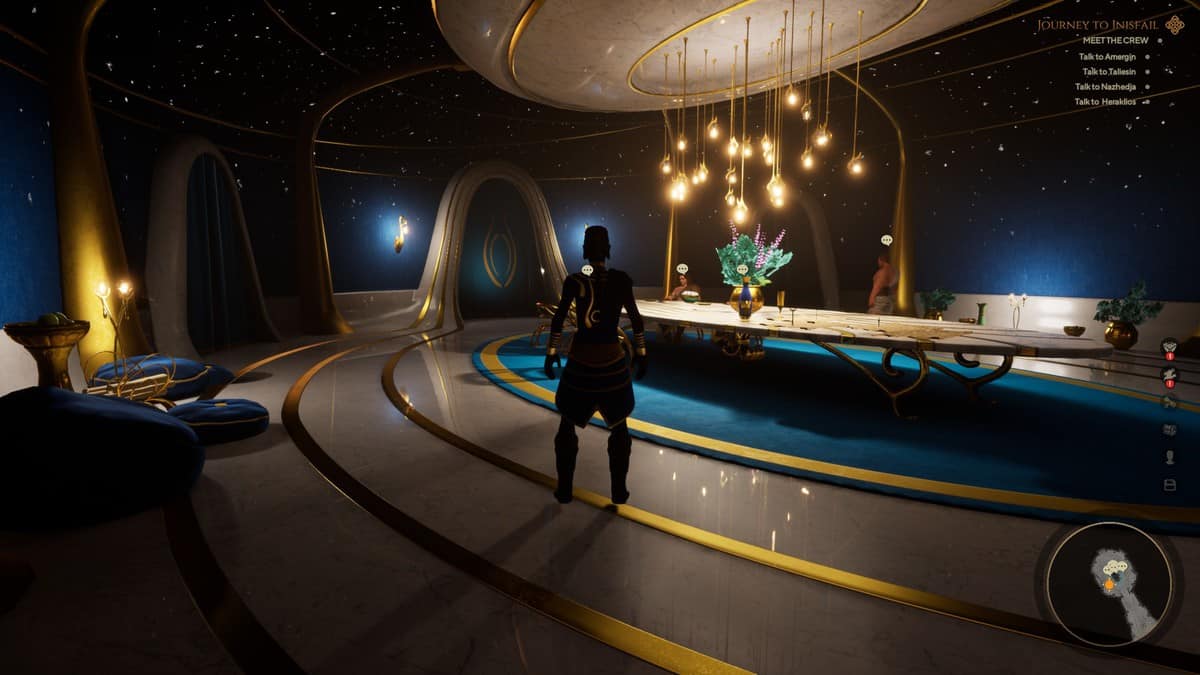 The Waylanders goes for a more cartoony looking aesthetic which won’t be everyone’s cup of tea. Personally, I didn’t like it too much but there was no denying the game can look beautiful at times. The particular places where it’s graphics shine are the environments, lighting effects and the reflection effects. I wish its character models had more detailed textures but that would compromise the art style. 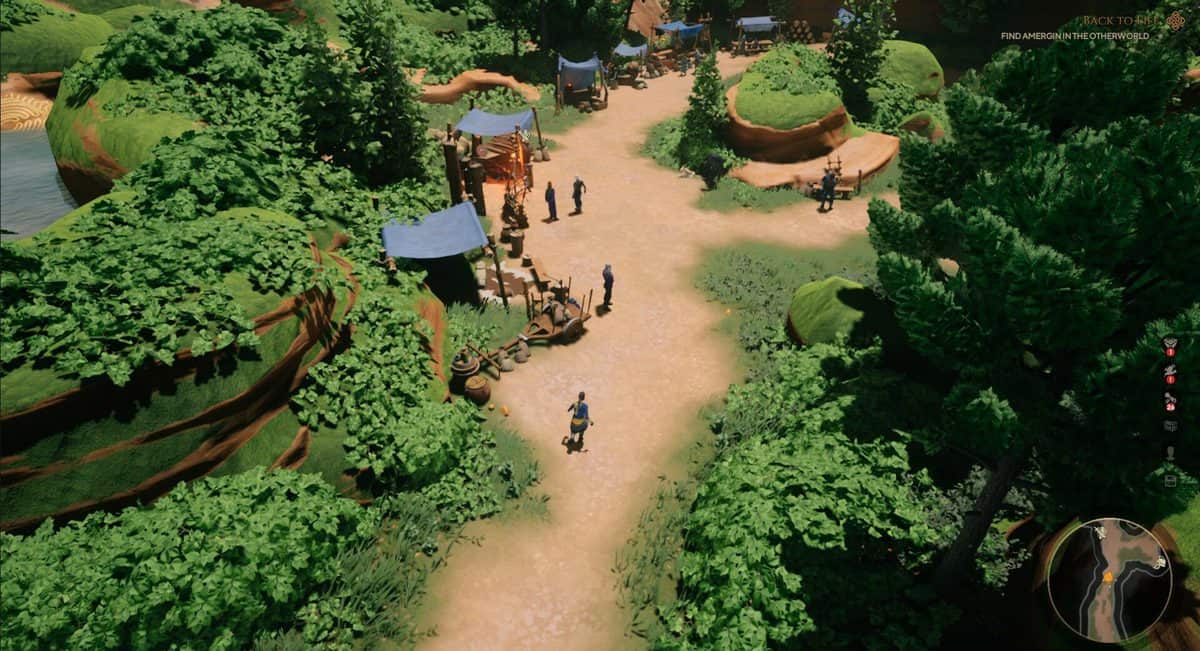 Returning to the plot, the game establishes it characters and then immediately introduces conflict when the meeting with the gods goes wrong. This ultimately culminates in your character detaching themselves from time. This sets up the Waylanders time travelling plot. This plot is interesting for the most part and along with it’s Celtic lore, it deviates enough from a generic setting to make it stand out. 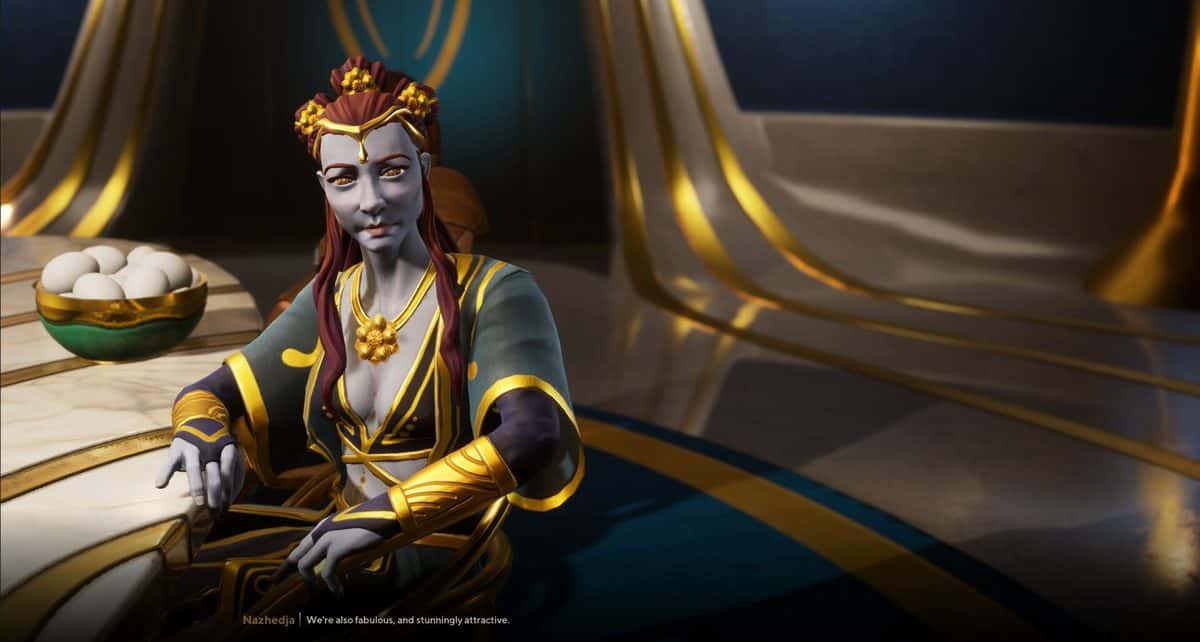 Despite it’s interesting plot, The Waylanders suffers from some, and I hesitate to use this word, cringe writing. The Waylanders has oddly placed or executed dialogue or just plain bad writing through forced Marvel-esque jokes or lines that just had no impact because there was no build up to the delivery. This writing inconsistency is very unfortunate but can be overlooked in the face of its overall world building.

However, it’s companion characters, even with the occasional cringe, did grow on me. The cast of characters that comprises your party in the Waylanders are all of unique races and classes (You can even set the classes for some of them) and have endearing personalities. There is even a romance system in the game, but it feels a bit rushed. Completing a companion romance felt awkwardly paced as I didn’t feel like my character earned it, but good for them! 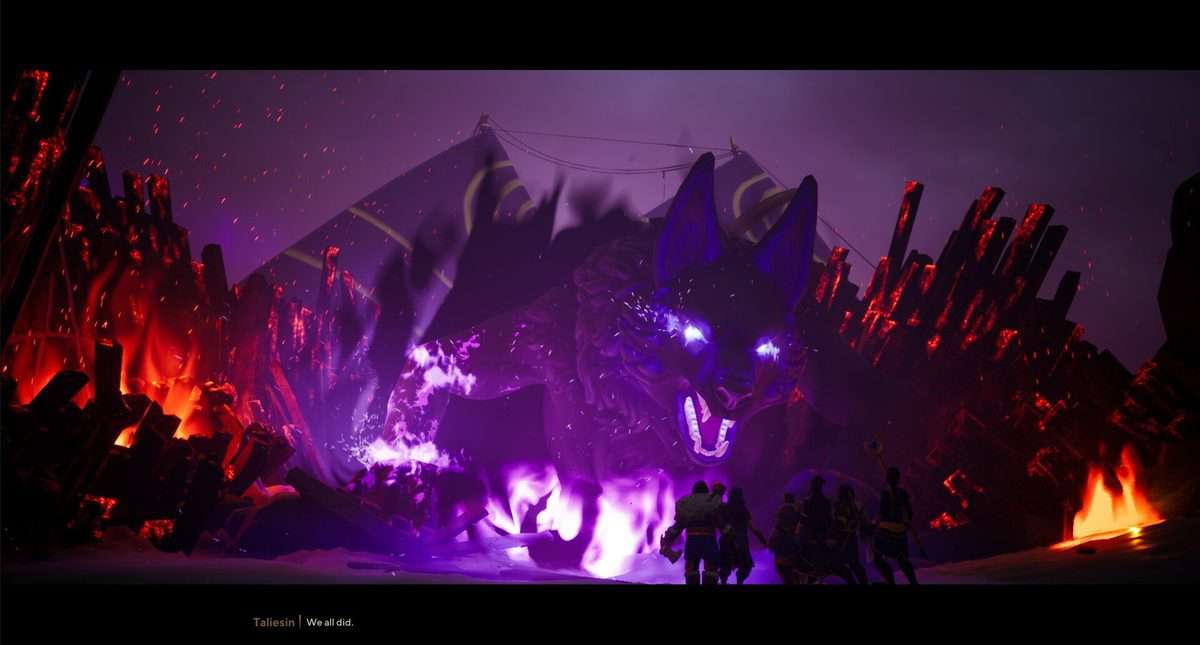 Moving onto the combat of the Waylanders, the best word to describe it is janky. It centers around the Dragon Age style third person combat where you can issue actions and even pause time for a more tactical approach. The combat animations feel very bare and moving your units outside of tactical mode feels very clunky. Often times party members won’t attack or simply wander off. There is controller support, but I encourage you to use a keyboard as the controller makes things worse. 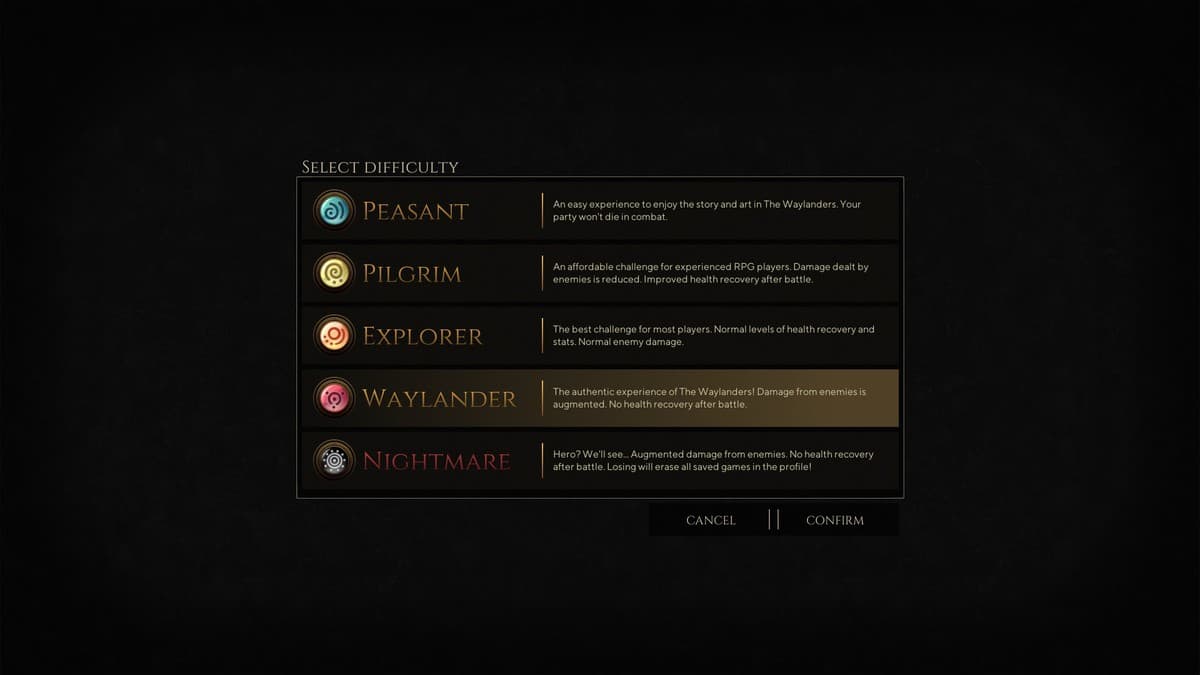 I played the Waylanders on the Waylander difficulty and found it pretty challenging, but I could circumvent its healing restriction by simply using the Druid outside of battle. The real challenge was getting your party to do what you wanted it to do. When it works, you have some bland combat animations to see and when it doesn’t it’s just frustrating. Waylanders’ combat does have one unique element going for it though and that’s formations. Formation bunches your party members together to unleash some team skills. This is a good idea, but its execution could use some polish as its very janky in action and can often times just mess the party about. 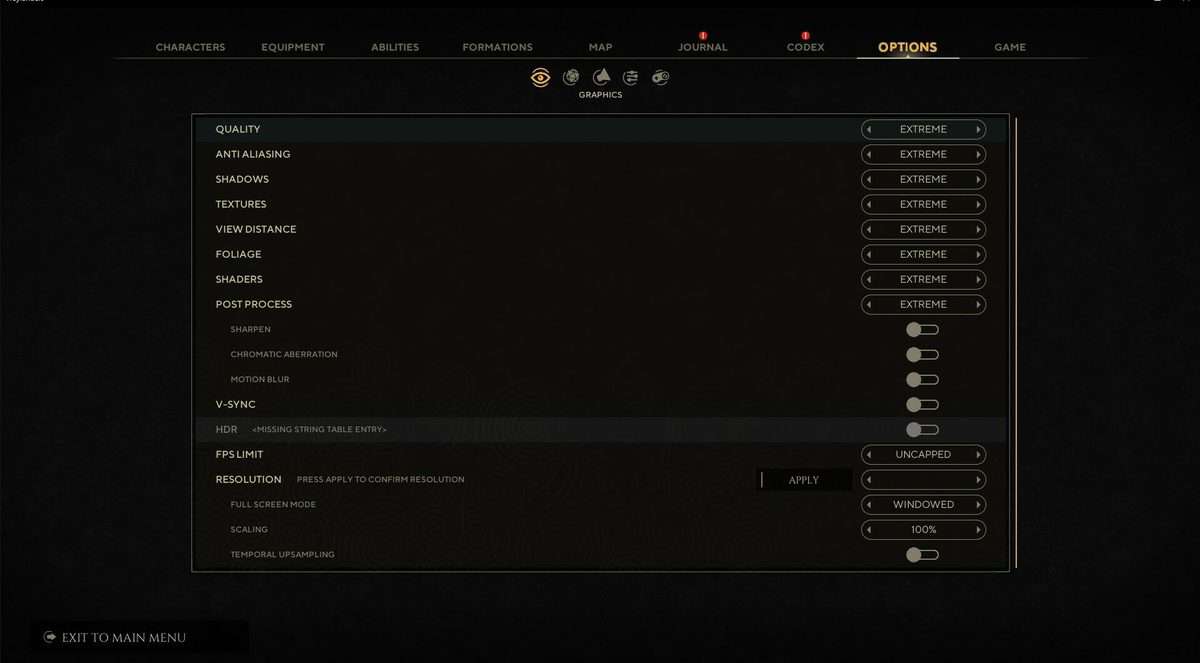 The PC settings menu for Waylanders hosts many of the graphic options you’d expect to see on PC. My testing Rig is pretty beefy and can run most AAA games rather well. I decided to play Waylanders on extreme and sure enough it was handling it well in most areas. However, I started to notice some lags and long texture load times. So, I turned it down to epic but still experienced them. The culprit seems to be a few unoptimized areas. Aside from those compromised areas the rest run well and look good to boot. The big problem, however, are bugs.

The Waylanders just graduated Steam Early Access and it shows. The game is riddled with bugs everywhere. Be they models, combat, dialogue, interactions, camera angles, the list goes on!

There is potential in The Waylanders, its story is strong and its characters can be endearing. After some further polish and bug hunting it could be great, however, I can’t recommend it with its current buggy state and janky combat.

There is potential in The Waylanders, its story is strong and its characters can be endearing. After some further polish and bug hunting it could be great, however, I can’t recommend it with its current buggy state and janky combat.