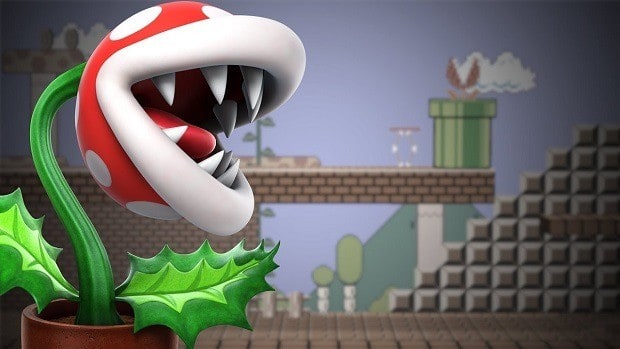 The latest Nintendo Direct brought us everything we wanted to know about Super Smash Bros Ultimate but it also kind of shocked everyone when the gameplay showed us the Piranha Plant in action.

Well, Masahiro Sakurai has now defended the inclusion of Piranha Plant in the game while talking to the GameInformer.

GameInformer asked him about how he feels to be able to surprise all of the fans with such an out of the box character. To which, Masahiro Sakurai said:

Rather, I believe it’s important to have a good balance as a game. In the past titles in the series, Mr. Game & Watch, R.O.B. and Duck Hunt Dog were some of the examples we offered outside of people’s typical expectations. However, if we don’t have these types of fighters, and we only had typical “hero/heroine” type fighters in the lineup, there’s not much difference. It’s probably not very interesting. Correct?

Also, unlike some main characters from some (not widely known) franchises, Piranha Plant is a character everyone knows well. And, I want to make sure to remind everyone that it is a limited-time offer fighter everyone can get for free as an early-purchase bonus.

Now that’s a pretty good explanation as Masahiro Sakurai likes to keep everything interesting about the game. Though this is still going to make the fans of Waluigi sad. But look at the bright side, you can now play as a Piranha Plant in Super Smash Bros. Ultimate. Alteast he’s going to be one of the most interesting characters in the game.

Though that’s not it as Nintendo does know the demand of Waluigi. Nintendo of Canada’s Andrew Collins recently said that they have seen the passion the players have shown towards this character.

There’s no guarantee but we expect Nintendo to bring Waluigi to the game through one of the post-launch DLCs due to the very high demand.

Other than that, the latest Super Smash Bros Ultimate gameplay has also shown us the brand new mode called World Of Light. It’s a single player adventure mode and it involves the objectives of collecting spirits.

This mode consists of different challenges which you will be required to complete in order to earn spirits.

More information will be shared when the game releases in December. Super Smash Bros Ultimate has now also gone gold so don’t expect any delays to keep you away from playing the game next month.

The game is also rumored to support 32 players online and we are more than just excited to know how it’s going to work when the game releases.