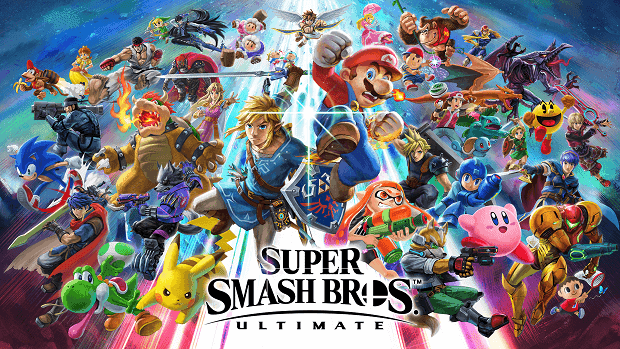 Super Smash Bros Ultimate will be available on Nintendo Switch in December and Nintendo has revealed some new gameplay for the upcoming Switch exclusive which gives us the look at the combat moves of Ridley, Dark Samus and more.

Aside from the combat moves for Ridley and Dark Samus the Super Smash Bros Ultimate gameplay video also gives us a look at the stage transitions mid-combat and it is seamless.

Speaking of the game, the developers behind the Super Smash games have always tried to give players the feeling of nailed it while performing a perfect combo.

While the team will be doing the same thing for Super Smash Bros Ultimate but they are looking for a new way to create that feeling of “nailed it”.

According to game director Masahiro Sakurai, the team will introduce Special zoom” and “Finish zoom” in the upcoming game.

He explained that “Special zoom” occurs when a player uses a special move to deal a lot of damage and the Finish Zoom triggers when a player is about to deal the finishing blow of the match.

There’s also the Finish zoom. This happens with a flash of light, when, for example, a hit against the last person in a stock match looks like it’s going to end the match. There was an issue with Smash where the fighters are small – it’s a game where the camera needs to be constantly pulled back, and as a result, the impact and intensity of the character is diminished. So, we were trying to come up with a way to create that feeling of “Nailed it!”, by zooming into a character where possible, and creating an effect that just feels good.

Not only that, Nintendo has also confirmed amiibo support for Super Smash Bros Ultimate. The following are the amiibo characters that will launch for the game.

Super Smash Bros Ultimate is a cross-over fighting game in development at Nintendo and is scheduled to launch on December 7, 2018, exclusively for Nintendo Switch.