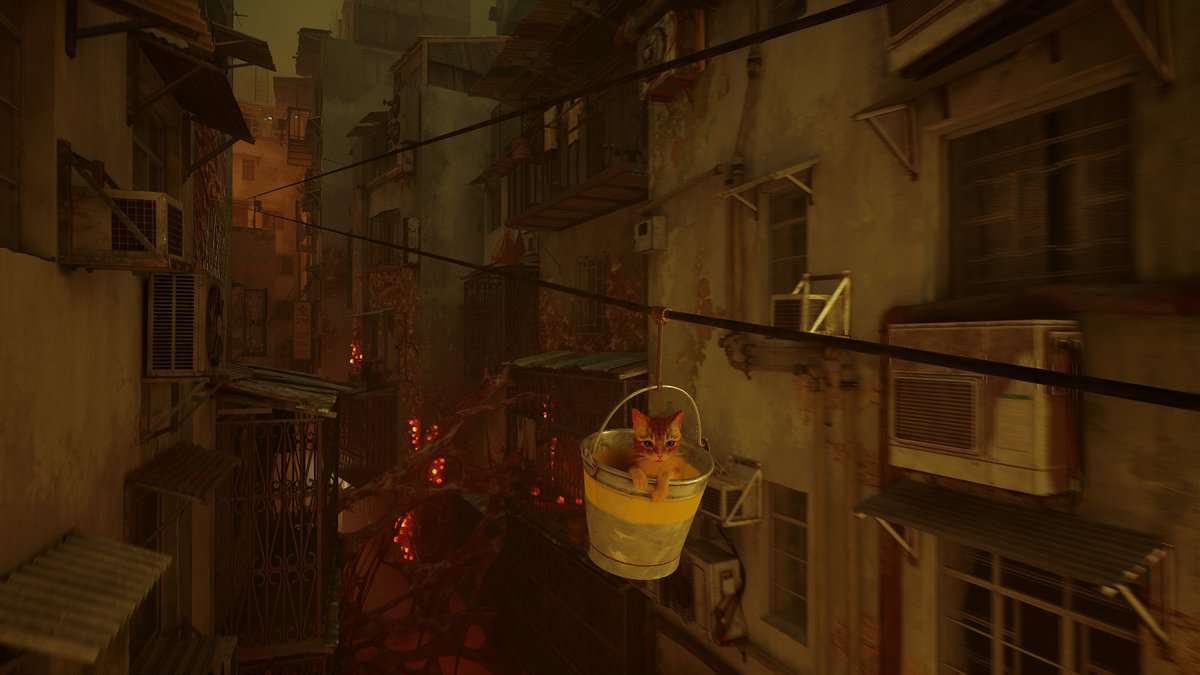 Stray is a phenomenal cat roleplaying game that lets you become the cat you’ve always wanted to be. As a cat, you’d want to scratch things because that’s what cats do, right? This guide will show you all of the Scratching Locations in Stray.

The Scratching Locations in Stray are the points or locations where you can scratch as the cat in the game. The best thing about these locations is that they not only provide oddly satisfying experiences but also assist with a variety of tasks such as opening doors and windows, solving puzzles, and unlocking achievements and rewards.

Where To Find All Scratching Points In Stray

You may be wondering what the point of all this scratching is; well, if you scratch at least once per chapter, you will be rewarded with The Stray Territory Trophy.

Some chapters have only one scratching location while others have numerous but scratching a single location in a chapter will suffice. Here are all the scratching points for each chapter.

In chapter 1, the scratching spot is on a tree during the cats’ walk around the wall. It’s a hard-to-miss location because a cat will be scratching the location beforehand inviting you to do the same. 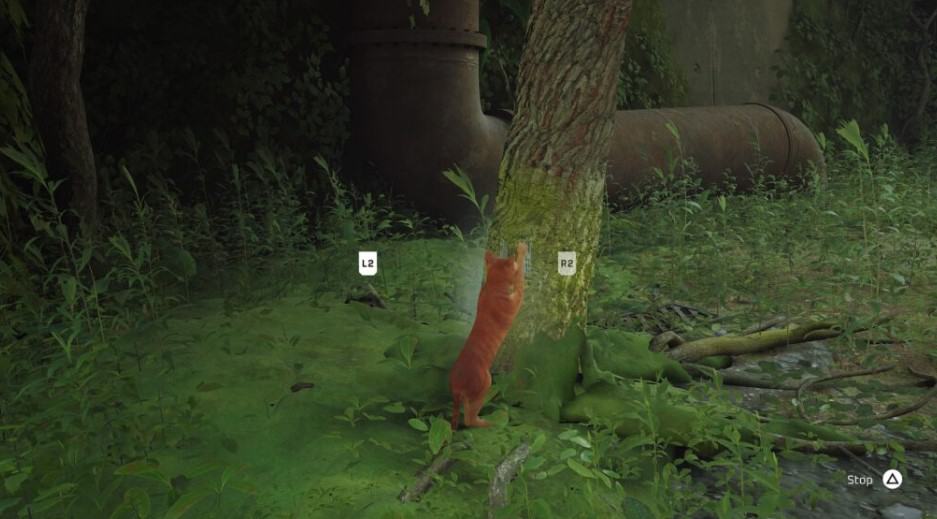 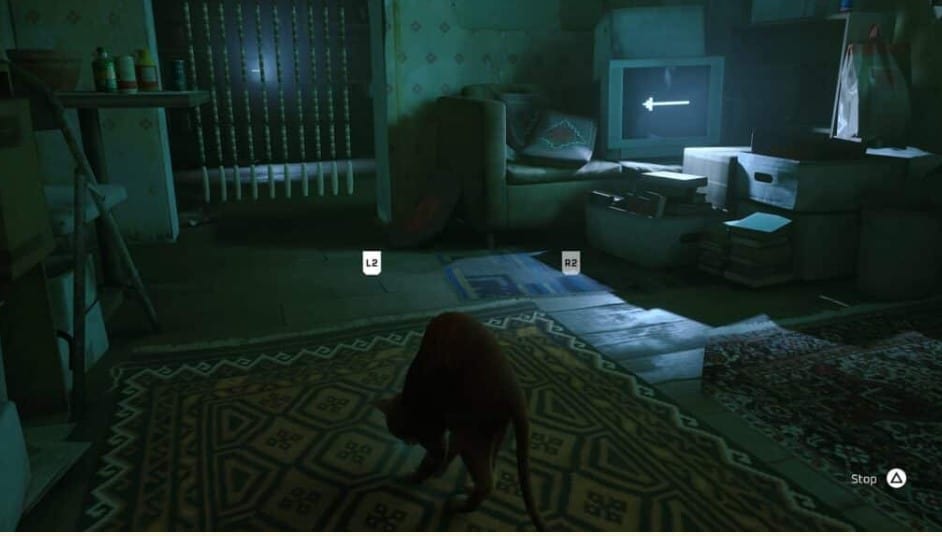 To get to the location, you need to drop the paint can through the skylight.

A scratch location can be found in Chapter 3 on a carpet between the computer and the mainframe room. 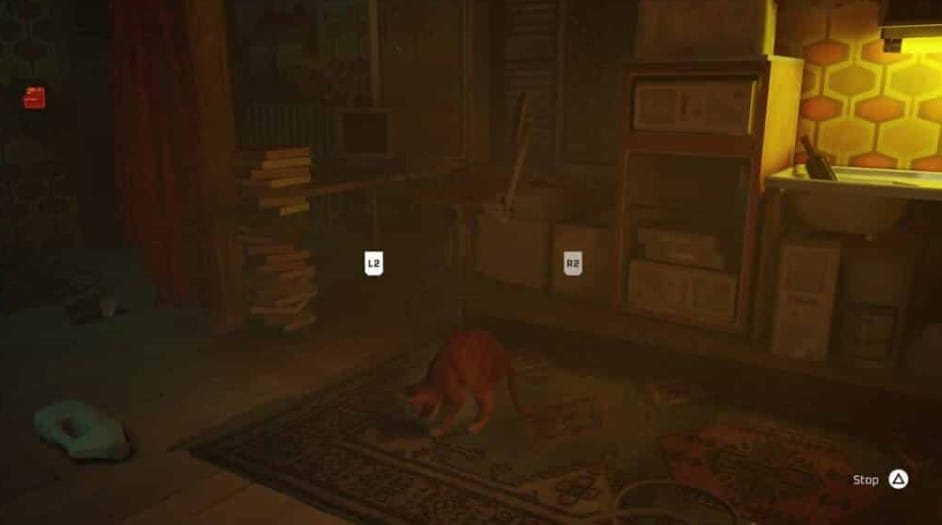 When you begin The Slums chapter, open the garage doors to find a carpet. This carpet is the next scratching location. 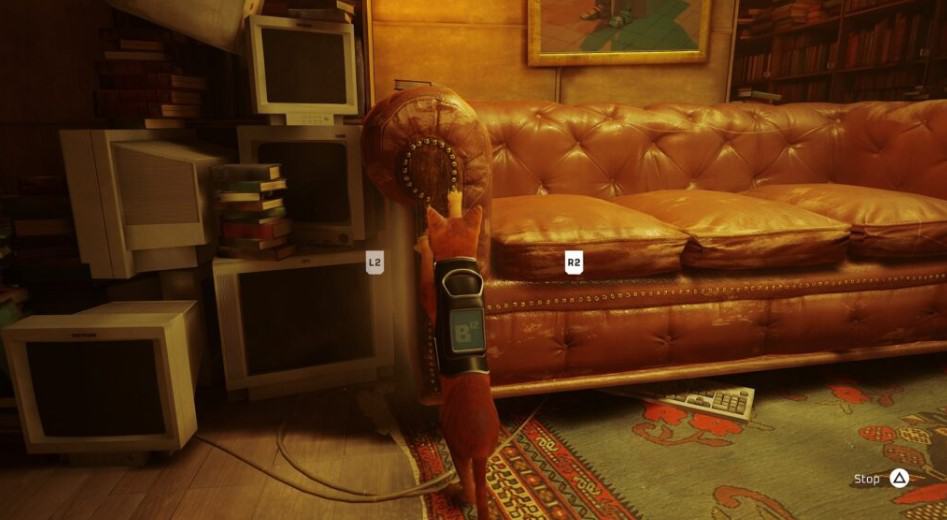 The scratch spot on the Rooftops is at the beginning of the chapter. A carpet directly in front of you with the arrow sign is the scratching location and it’s the only one found here. 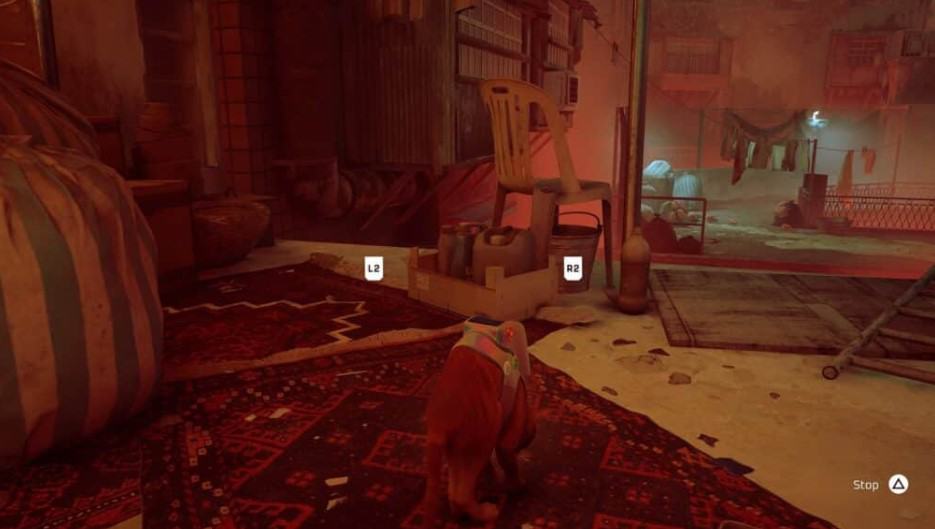 The scratching spot is in Momo’s apartment, right at the start of Chapter 6. There is a carpet nearby that you can scratch. 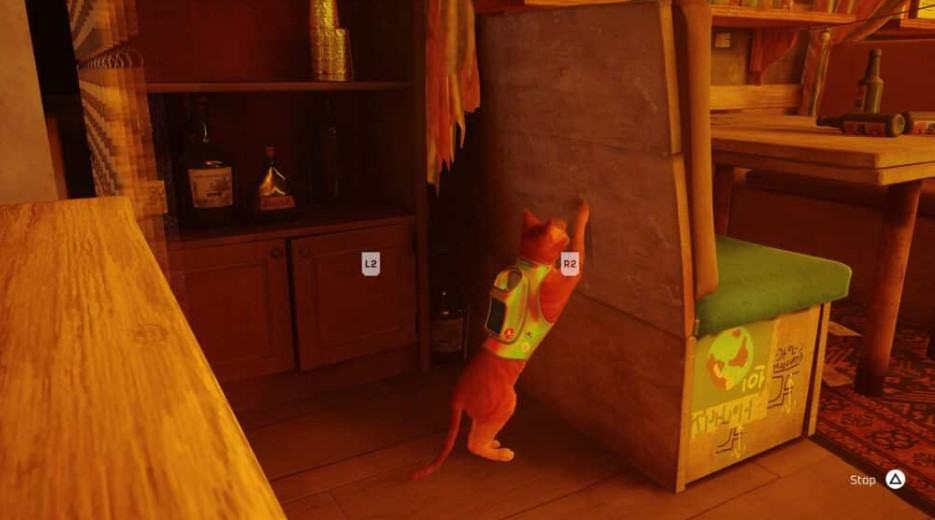 In Chapter 7 you can find a scratching spot once you enter Doc’s house. Here’s how to get there: Go to the bottom floor and look for a wall to scratch near his desk. 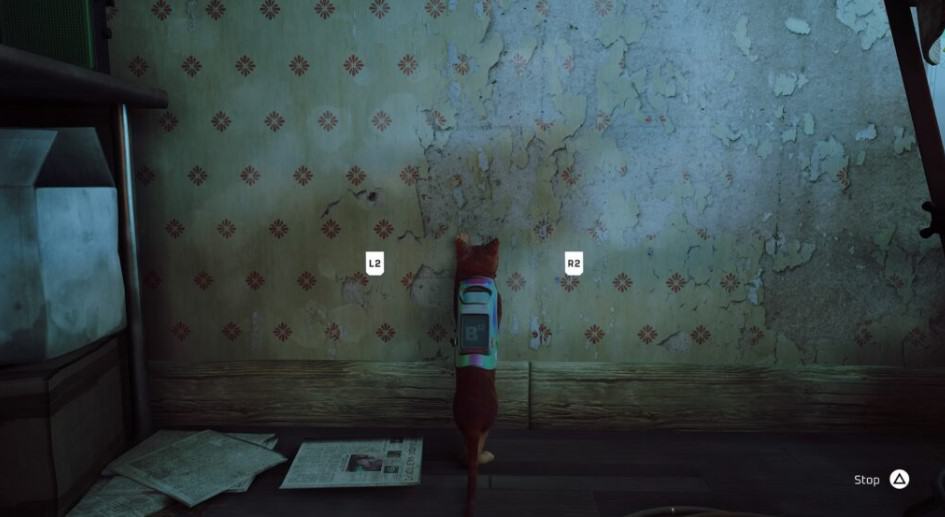 The scratch location in chapter eight is the most difficult one to spot. The location is shown in the image below. 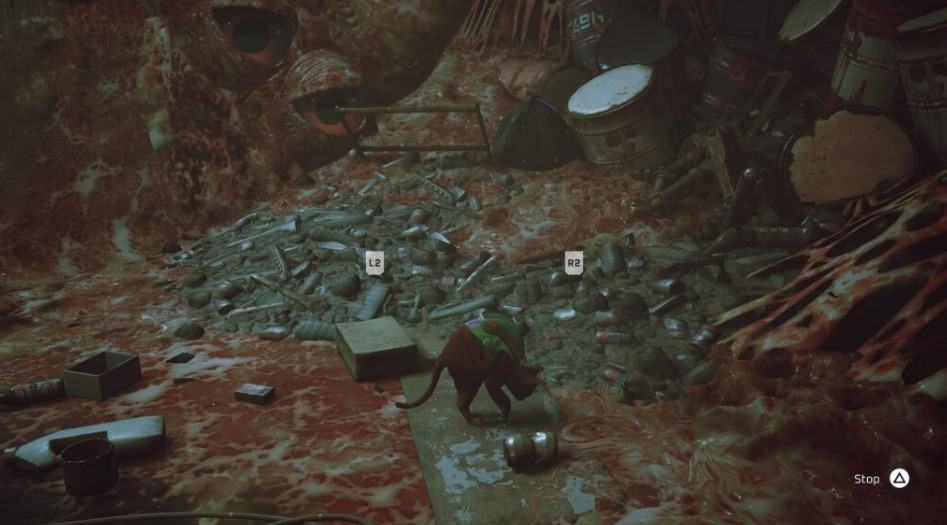 You must hack both sides of the flood gates to reach the scratching spot.

Antvillage contains a couple of scratching spots. The more convenient one is found after ascending the first level, where two robots will be sitting on a bed. The scratching location is a piece of wood with orange paint right next to them. 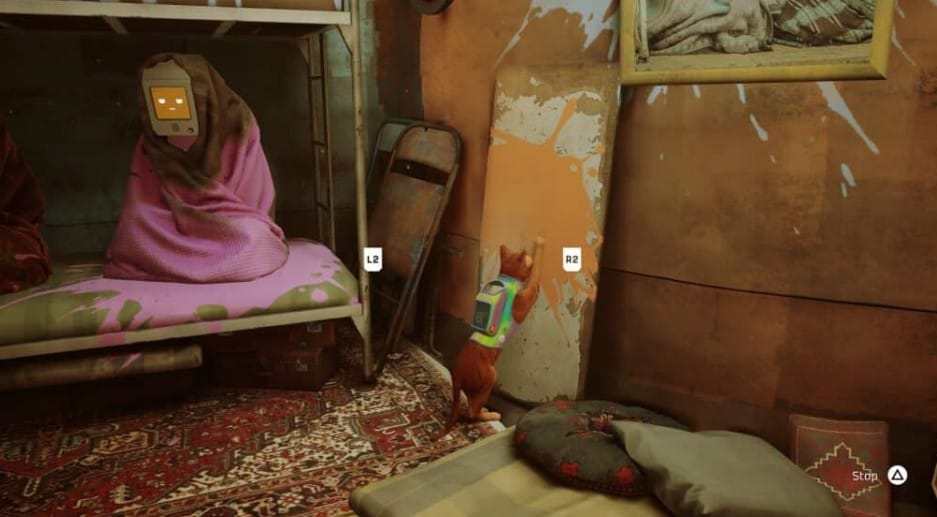 Midtown is yet another large explorable hub with numerous scratching points to find. When you first enter Midtown, you’ll find a couch with a robot sitting on it. The couch is the scratching point. 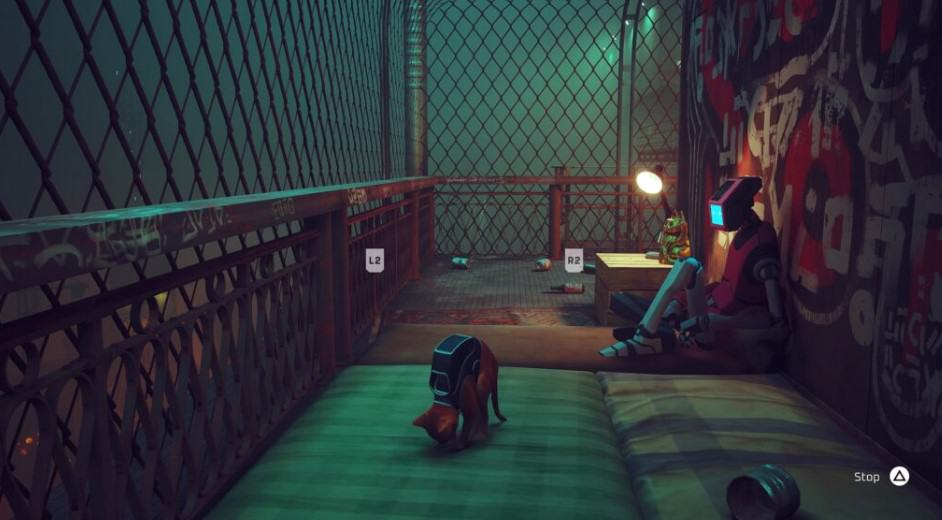 This chapter includes a mission to steal a three-wheeled mini truck. This truck serves as the chapter’s scratching location. 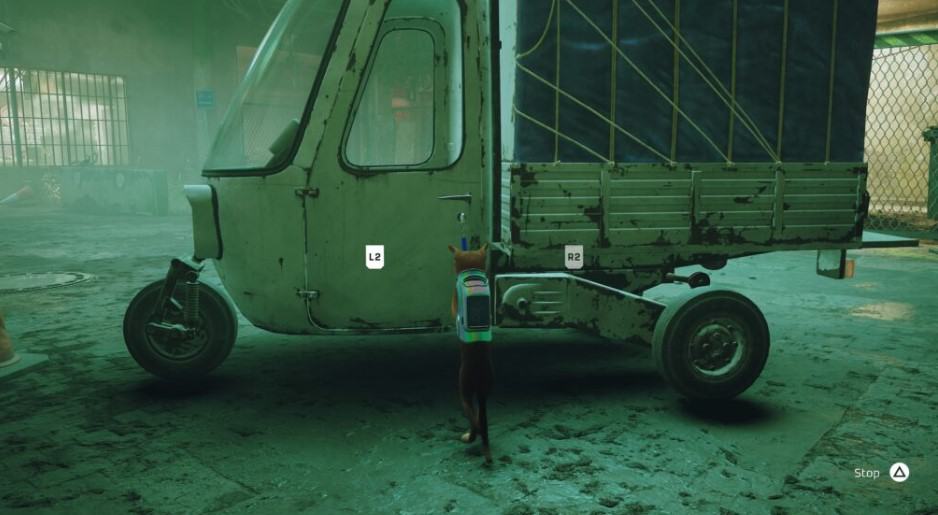 Cat claws are required in the final chapter to disrupt the system in the control room and allow drone friends to hack through; this also serves as a scratch point. 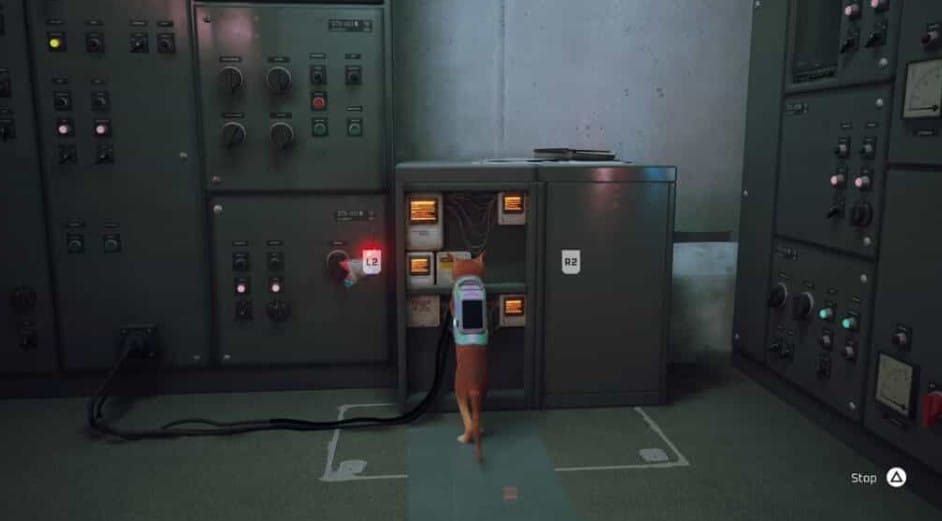