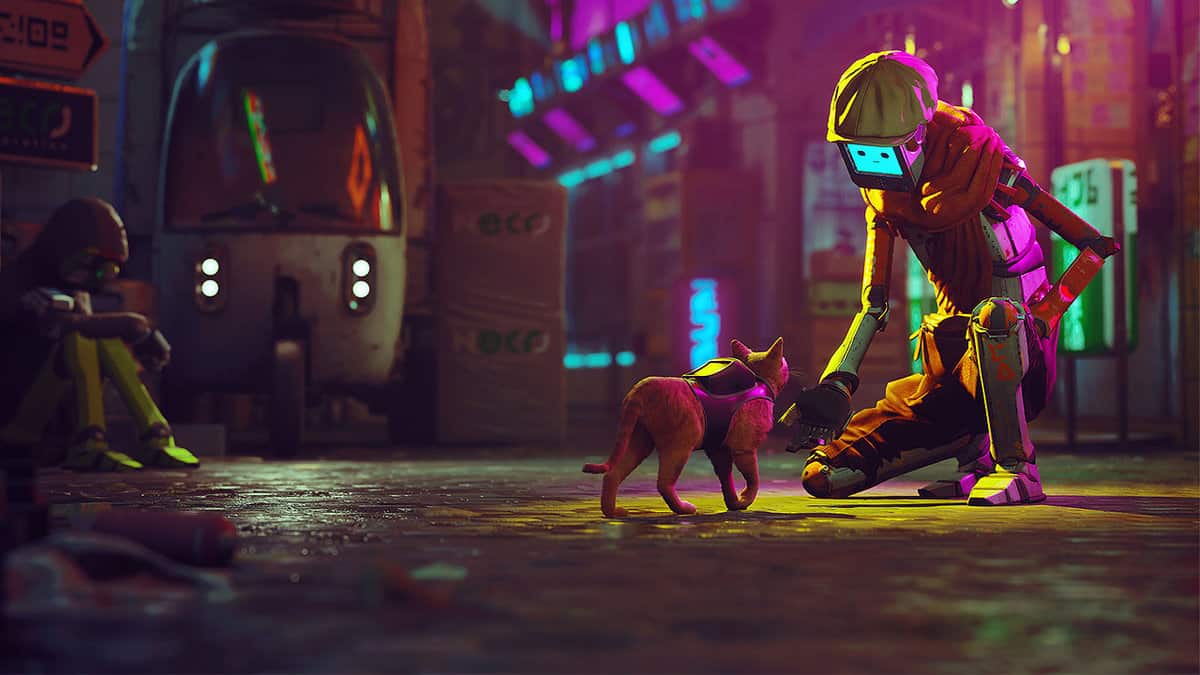 How Many Endings Does Stray Cat Have?

Stray features a single ending that cannot be influenced in any way, even if you manage to acquire all of the collectibles and complete all of the side quests in the game.

Despite featuring a single ending, most players who managed to beat the game are scratching their heads. That would obviously be the case since we are playing as a literal cat, so we cannot comprehend anything our feline protagonist says. Even so, we can still figure out what actually happens at the end.

What Does Stray’s Ending Mean?

So, what really happens at the end of the game, you might ask? Well, once you, or the cat, rather, finally reach the control room. Your good pal, the drone B-12, sadly meets its end helping you escape.

Since the drone was the only thing that could talk to us directly and make sense of the game for us, we now have to comprehend what’s happening directly based on the sequence of events that play out now that it’s gone.

The ultimate goal of the game was to help the cat escape from the confines of the city and finally achieve freedom. We can assume that that really happens when, in the final cutscene, it is shown to look back at the camera, seemingly for the last time, before heading off into the bright light through the door, through which we could also see dense vegetation.

This can only mean one thing, that our cat finally made it out of the city. This fact is also reinforced by the task Momo put you up to back in the Slums, which was to track a group of robots, called The Outsiders, and help them escape the city.

This would be the most reasonable explanation, but who really knows right? Maybe we’ll get to know more if a sequel comes out.