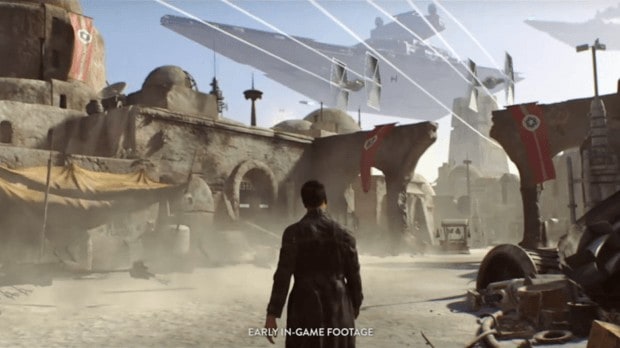 Disney and Lucasfilm have applied a new trademark for something titled, Star Wars Rivals. No details are known about this new trademark but there is a possibility that the trademark is related to the upcoming Star Wars game in development.

Star Wars fan site The Star Wars Post was the one to spot the Star Wars Rivals trademark within the Trademark database and searching for the trademark in the database prompts two results and one specifically mentions that this trademark can be used for the video games.

The trademark was filed on February 23 and there has been speculation that Star Wars Rivals could be the next Star Wars animated series.

According to Amy, the new Star Wars game will be spiritually similar to Uncharted series. She insisted that it won’t be “Star Wars uncharted” and said that it is an important distinction to be made.

As for the Star Wars Battlefront 2, EA has confirmed that the single-player for the game will feature multiple Star Wars eras.

Star Wars Battlefront 2 will launch later this year and Visceral Games’ Star Wars is speculated to launch in 2018 for PC, Xbox One and PlayStation 4.