How to Get Skeleton Key in Skyrim 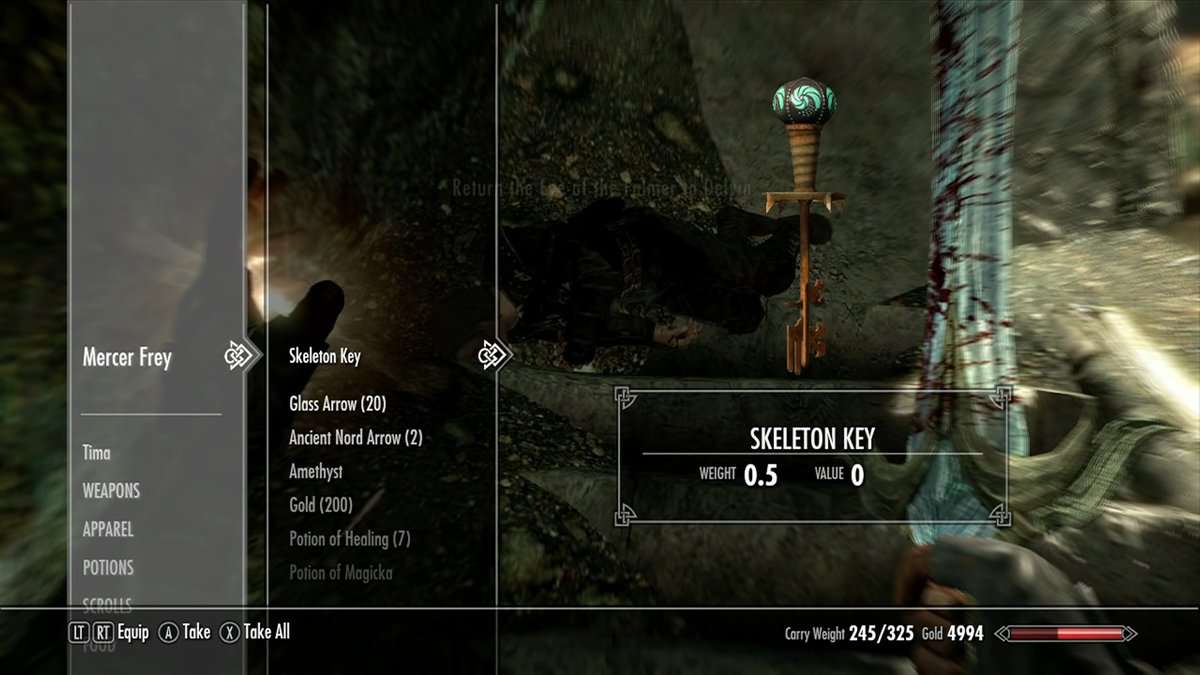 Skyrim offers an unbreakable lockpick known as Skeleton Key. The Skeleton Key in Skyrim is a tool that lets you unlock difficult locks in the game without the fear of breaking the lockpick, making it a very convenient and important tool. Read this guide carefully if you want to acquire Skeleton Key in Elder Scrolls V: Skyrim without running into any complexities.

To acquire the skeleton key, you need to go to Riften and speak to Brynjolf, he’ll send you on a series of errands before inviting you into the Thieves Guild.

The Thieves Guild questline involves infiltrating establishments, exploring dungeons, and finding out why the guild isn’t doing well. While exploring, you’ll meet a mysterious Dunmer named Karliah and discover why the previous guild master was murdered.

Complete quests for the Thieves Guild

When you finish the quest Hard Answers, you’ll learn that Mercer, the guild’s leader, stole the skeleton key from the Twilight Sepulcher. As a result, Nocturnal was angry and closed the door to Oblivion, the realm that brought luck to the Thieves Guild. You’ll need to find Mercer and get the key from him.

You will reach Blindsighted after completing the main quest. This is probably the hardest quest in the guild storyline since you’ll have to fight your way through dwemer ruin before finally fighting Mercer. Bring lots of healing potions so you can heal yourself during this fight. When Mercer is eliminated, you can loot his corpse for the skeleton key.

Each time Skyrim’s Dragonborn tries to pick a lock, you can always see a key-shaped lockpick, and since this is a daedric artifact, it will never break. By completing the Darkness Returns quest, the game will try to convince you to give up the key. It will remain in your inventory, as a personal, unbreakable lockpick, even if they don’t complete the Thieves Guild questline.

You can’t get the Skeleton Key back unless you use the console. The Unbreakable perk lets regular lockpicks work like the skeleton key if you have a high enough lockpicking level.