Where to Buy Lockpicks in Skyrim 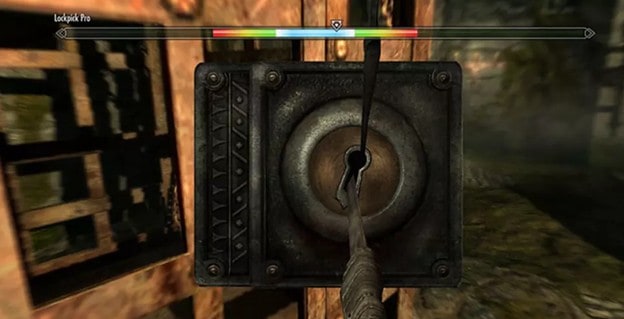 Lockpicks can help you discover many hidden places in Skyrim. You will often find hidden pathways, treasures, and valuable collectibles behind locked doors, and lockpicking your way through is one of the most convenient solutions. But to that, you will need an abundance of lockpicks and might even run out of them while exploring an unknown area with many locked doors.

This guide will solve that issue by explaining all the locations where you can buy lockpicks in Skyrim, whether you can craft them and what their IDs and Console Commands are. We threw in a few nifty lockpick mods in there as well. So, let’s get into it, shall we?

How to buy lockpicks in Skyrim

You can get Lockpicks very easily in Skyrim. The first location where you can buy Lockpicks in Skyrim is Whiterun. First head to Whiterun, then look for a trader called Khajiit. This trader is placed right outside Whiterun and you can buy 30 lockpicks from this location.

The second location in Skyrim where you can buy Lockpicks is the Thieves’ Guild in Riften.  When you reach Riften, look for a vendor called Tonilia. One thing you must keep in mind before buying Lockpicks is that lockpicks break too easily in Skyrim.

Another location to buy Lockpicks in Skyrim is Solitude. Head to Solitude and look for a place known as The Winking Skeever. You can buy almost 20 lockpicks here.

Lastly, if you want some more Lockpicks simply head to Windhelm. Complete a quest here in which you must retrieve an amulet. You must retrieve this amulet for Shahvee. Once you’ve done that, you will receive lockpicks as a reward.

The ID for Lockpicks in Skyrim is 0000000A and the command for executing it is player.additem A amount. The amount depends on the number of lockpicks you want.

Can you craft Lockpicks?

Freeware Skyrim Lockpick Pro demonstrates how to remove locks without breaking your pick-tools from various locked objects, including doors and chests. As anyone who has played the game before knows, it can take a while to figure out how to unlock a door.

A small bar will appear on your screen whenever you encounter something that must be unlocked with Skyrim Lockpick Pro.

With your lock-picking tool, you will maneuver a needle back and forth across the multicolored bar as you move back and forth. The needle must align with a blue area on the bar before you can pick the lock and begin the next challenge.

Mods in Skyrim allow you to modify your skills, armor, and weapons in the game. There are a couple of mods for Lockpicks in Skyrim that are very useful and might help you a lot while picking locks.

Easy Lockpicking is a mod for Lockpicks in Skyrim that removes all the difficulties while picking locks. You can easily pick any lock in the game using this Mod.

Another Mod for Lockpicks in Skyrim is the Remember Lockpick Angle. This mod helps you avoid any margin of error. If you break any lockpick by mistake, that broke lockpick will be replaced by a new one instantly.