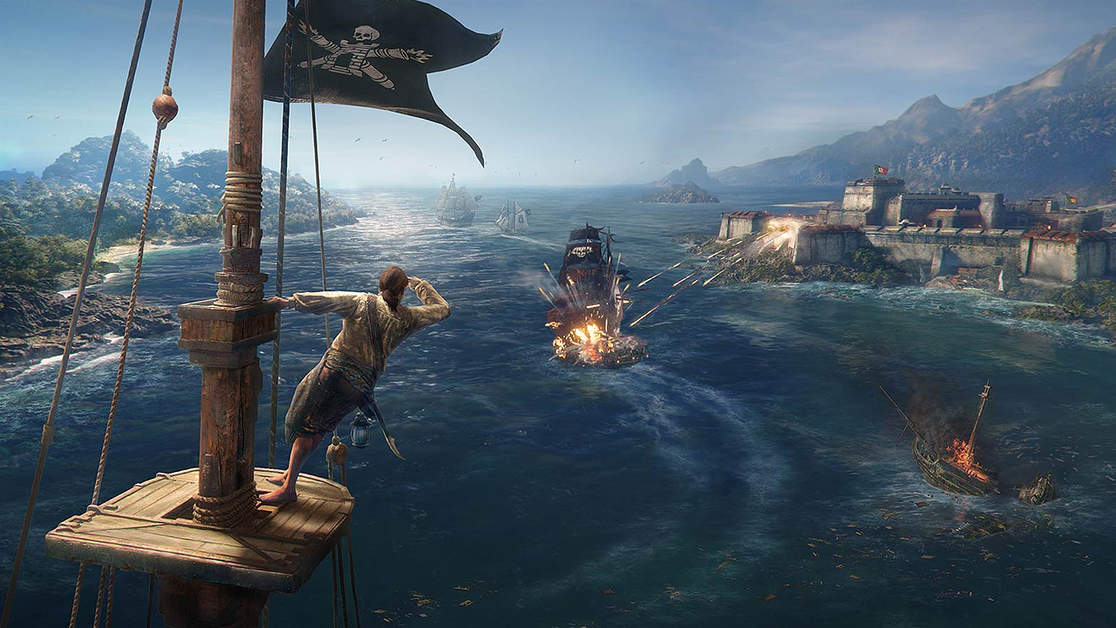 Skull & Bones has now been delayed four times by publisher Ubisoft since its original announcement nearly four years back. While Ubisoft continues to cite a need for additional time to “deliver on its vision,” a new rumor has come forward to claim something bleaker behind the mentioned delays.

According to a report by GameLuster earlier today, an anonymous source “familiar with inner workings at Ubisoft” has stated that Skull & Bones restarted its development “from scratch” a few months back.

The naval and piracy-focused game is hence currently in “pretty early stages” of development. Ubisoft is said to be working with a new alpha build which “is using many untextured boxes” and as such, a release window between in even late 2022 can hardly be expected, provided that the source is legitimate.

Skull & Bones was originally slated for a release in the second half of 2018 before being pushed ahead multiple times. While an official confirmation remains pending, it stands to reason that development challenges as well as creative differences have forced Ubisoft to return to the drawing board to rethink its original plans.

Skull & Bones was supposed to take the naval elements of Assassin’s Creed 4: Black Flag and create a completely new pirate-themed multiplayer experience. Ubisoft admitted last year that the project was more ambitious than originally perceived, leading to numerous production challenges which ended up in delays.

That being said, development was said to be “in full swing” for a year now after developer Ubisoft Singapore decided to pursue “a new vision.” The writing on the walls may as well have been confirming development to have restarted all this while.

Ubisoft now expects a release to take place somewhere between April 2022 and April 2023 but which comes without any assurances. Skull & Bones was announced for PlayStation 4, Xbox One, and PC, with enhanced versions coming to PlayStation 4 Pro and Xbox One X.