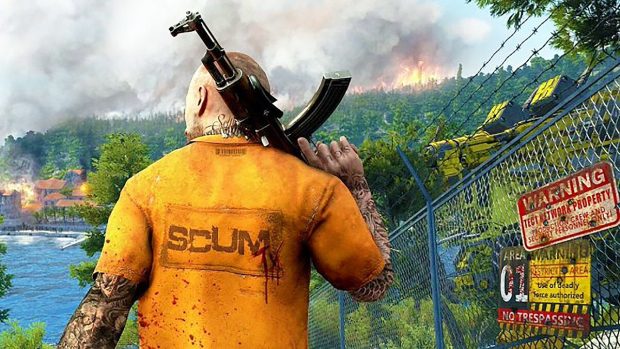 SCUM has made its way on PC through Steam early access. Being a Steam Early Access title, there are bound to be issues and errors with the game and there are like Game not launching, Black Screen, No audio and more. Here we will discuss all of the errors and issues that SCUM players are experiencing and will provide you with fixes and workarounds so that you can play the game.

SCUM is a single-player open-world survival game that features quite complex game mechanics. The game will see players fighting for their lives while trying to survive in a dangerous environment.

Here are all the errors and issues that players are experiencing along with their possible fixes and workarounds.

Players have reported that the game doesn’t display Ultrawide 21:9 properly. However, there is a fix for that which can potentially fix the 21:9 issues for SCUM.

To fix this issue right-click on the game’s exe file and select properties. Now select “compatibility” and then check the box under “High DPI scaling override” and change “Application” to “System” and apply it.

With that done, press “Win + R” and type “%localappdata%” and hit enter. A window will open and you need to follow the following path: “SCUM\Saved\Config\WindowsNoEditor”.

Here you will find “GameUserSettings.ini”, open it in notepad as you need to change some things for the Ultrawide 21:9 issue to resolve.

Press “Ctrl + F” and type “bUseDesiredScreenHeight=False” and hit enter. Once the line is highlighted in the notepad change False to True.

Now look for “HDRDisplayOutputNits=1000” and you don’t need to change anything here but add the following lines under it.

You will also need to change your resolution before you save and exit. You need to find the following:

You need to change it with the following:

Now save these changes and this should resolve the Ultrawide issue for you.

Some players have reported that as they launch SCUM the screen goes black while they can listen to sound effects. The solution to this problem is simple.

Start the game and when the black screen appears press “ALT + Enter”. This will make the game to run in Windowed mode and will start to display.

Now go the video settings and change the game’s resolution to your monitor’s resolution and you will be able to play the game in fullscreen mode.

Players have reported that the while playing SCUM there is no audio or the audio is only coming from the comms and rest is mute.

The issue might be with another device connected to your system. Make sure there is no VR headset connected with your system as it will cause the audio to disappear from the game.

There is another fix for this problem that you can try. Right-click on the volume icon in the bottom right corner of the desktop and select “Open Sound Settings”.

A window will open and you need to scroll down and you will see “App Volume and Device preferences”. Click on it and here you will be able to set up the output and input device for every program individually.

Set your desired audio output device for SCUM and the issue should resolve.

Given that SCUM is an early access game on Steam, issues like these are bound to happen. Players have reported that the game doesn’t launch at all and no error pops up.

Also, the game might need administrative rights and that is why the game isn’t launching. To fix this right-click on the game’s exe and select properties and go to “Compatibility Tab”.

Here check the box “run this program as an administrator” and hit apply. Now start the game and you should be able to play it now.

Also, update your GPU drivers to the latest version as older driver sometimes isn’t compatible with the latest games and the game fails to launch.

This is another issue with SCUM that players have reported. According to players they are unable to save settings as the game doesn’t apply them.

While the devs will surely fix it here is a workaround for this problem. Press “Win + R” and type “%localappdata%” and hit enter.

A window will open and you need to follow the following path: “SCUM\Saved\Config\WindowsNoEditor”. “GameUserSettings.ini” is the file you are looking for here. Open the file in notepad and look for:

Change it your desired resolution and the save it. Now play the game and the game will be running on the setting that you have saved. You can also make other changes in this file if you wan but only do it if you know hat you are doing.

This is another error that players whave been experiencing with SCUM. TO resolve this issue update your GPU drivers and if you are running the latest driver then try an older version of the GPU driver.

Also, run the game as an administrator which can potentially resolve the Fatal Error. Another thing you can try to fix this issues is to lower all the graphical setting and turn off V-sync.

MSI afterburner can be used to reduce the GPU clock 100 MHz which might affect your FPS so another way could be to cap the Max FPS.

The part where you need to lower the graphics if you aren’t able to do it through the game then follow the steps in “21:9 Resolution Fix” to locate the “GameUserSettings.ini” which contains all of the graphical setting which you can turn down.

While there is an apparent memory leak issue with the game that causes the game’s FPS to drop significantly but there are a couple of things that you can try to boost the FPS in SCUM.

Make sure there is not program running in the background that is using the CPU and HDD and if there is then end it.

Those who own Nvidia GPU especially the GTX 10 series, open Nvidia COntrol panel and select “Manage 3D settings” and then go to “Program Settings”.

Select the game from the list and in the options set V-sync to “Fast”. This should boost your FPS in SCUM.

That is all for our SCUM errors along with its fixes and workaround. Did we miss anything or do you have a better solution? Let us know in the comments.