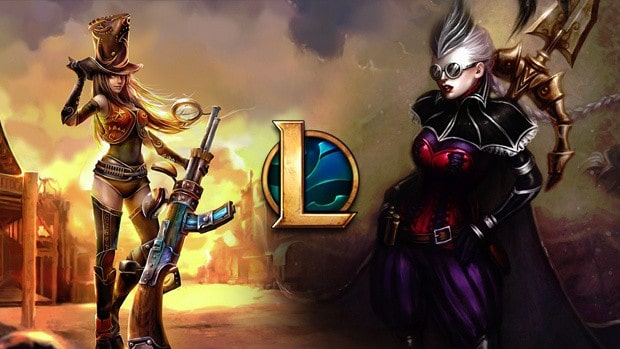 Internet detectives worked themselves into a frenzy yesterday when Gosu, a popular League of Legends streamer, was accused of scripting in the game.

The North American player is known for his mastery of Marksmen, particularly of Vayne. What he is not known for is cheating in League of Legends.

Scripting is the injection of illegal third-party software that allows players to automatically dodge skill-shots. Once the script detects an incoming attack, it immediately takes control of the character from the player to move away from the projectile. During this brief period, the scripting player can often be observed to have unusual jittery movement.

The evidence backing the accusation was provided on Reddit in the form of a couple of video clips.

In the first, Gosu displays inhuman reactions to smoothly move away the moment the fleeing enemy Caitlyn turns around to place her W (Yordle snap trap). In the second, Gosu alters his path to dodge the enemy Zyra’s E (Grasping Roots) with seemingly no human input.

At first glance, the clips are incredibly suspicious. However, it was soon discovered that the unnatural movement of Gosu is not due to him scripting but a nasty bug in League of Legends.

Apparently, the game views traps placed by Caitlyn and Seeds sown by Zyra as parts of the terrain. This is why Gosu reacted flawlessly–unnaturally–in the clips because the game thought he was trying to run into the terrain, and hence changed his movement path.

Thanks to the newly released Practice Tools, the same scenarios were replicated to debunk the accusation of Gosu scripting. More importantly, the excitement led to the discovery of a new bug in the system. Hopefully, Riot Games will take notice and squash them in the coming updates.