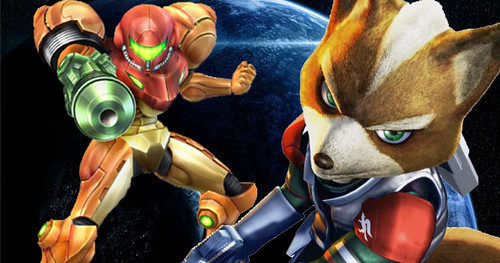 In what could described as a Nintendo fanboy’s dream coming to fruition, it seems Retro Studios might be developing a game that will have Metroid’s Samus Aran team-up with Star Fox’s Fox McCloud.

This juicy rumor was revealed by the Paul Gale Network. Now, before you accuse this man of spitting fanboy drivel and whatnot, keep in mind that this is the same guy who outed that Sony was making its own Smash Bros. brawler and we all know how that’s now a reality.

In saying this, the source himself admits that this is indeed just a rumor and as such, don’t put too much stock into it…for now, at least.

The game is purportedly being worked on by Retro Studios, who impressed Nintendo so much that they’re giving them the reins to create a fusion between Metroid and Star Fox’s worlds.

Aside from this, the story supposedly begins as the player controls Fox McCloud and he, along with the other Star Fox team, are on the Arwing when they suddenly collide with an orange ship — which is piloted by Samus.

To read up on the extensive details, click here.

Again, let me stress that this is considered a rumor for now. If you want to know the truth, it won’t be long now as E3 is fast approaching and Nintendo is sure to reveal (or deny) the game during their press conference.