Rumor: Lords of Shadows 2 Coming to PS Vita, Wii U Will be Revealed at E3 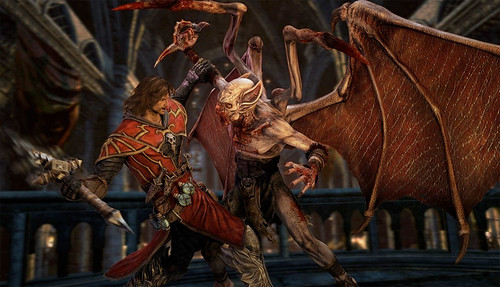 You can tell E3 is incoming as rumors and leaks are now into going into overdrive. This time, the “rumor” does seem very plausible and it pertains to Konami’s Castlevania franchise — specifically, the Lords of Shadows series by Mercury Steam.

The Paul Gale Network is now reporting that Castlevania: Lords of Shadows 2 is set to be unveiled at this year’s E3; but aside from that tidbit, he also lets out that the game will also see a Wii U and PlayStaiton Vita version.

Not only that, but supposedly, Lords of Shadows 2 for the Wii U will interact with the rumor Castlevania: Mirrors of Fate for the 3DS.  It’s purported by PGN that “the forward facing camera will act as a mirror and the outward facing cameras will come into play for a new puzzle solving mechanic.”

While this is all considered a rumor for now, PGN is stating that we should expect these games playable at this year’s E3. This is how confident he is with his source. Well, E3 is just a week and half away, so let’s wait for confirmation then.