How to Access Riverbank Treasure House in Resident Evil Village 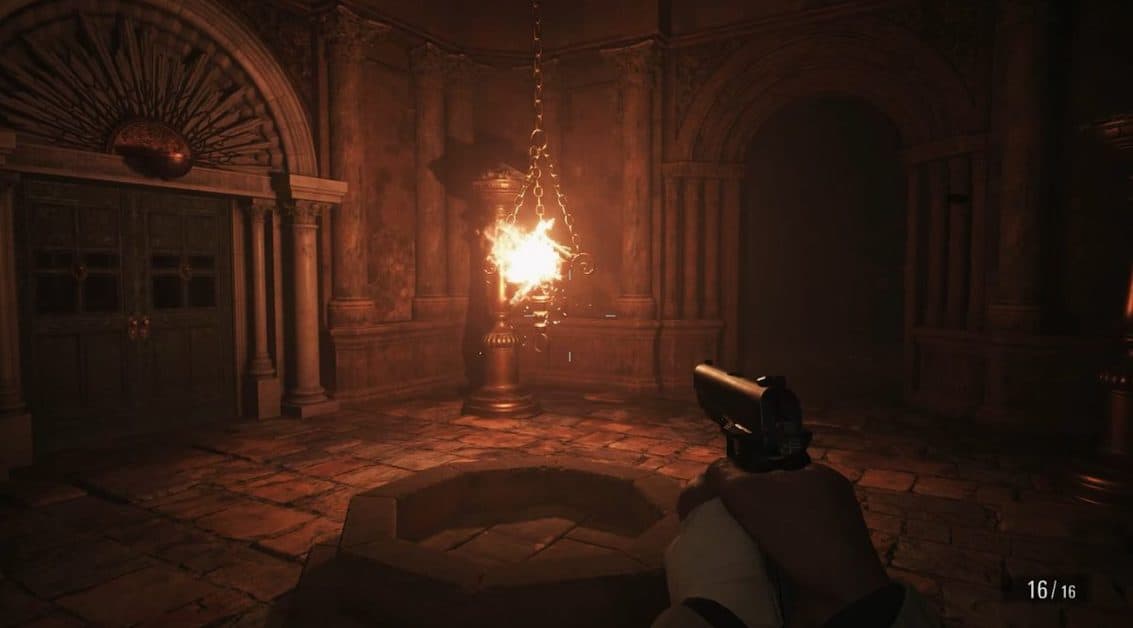 How to Access Riverbank Treasure House in Resident Evil Village

How to get the Crank Key Item in RE Village

The crank key item is automatically received from one of the windmills in the Moreau Boss area of RE Village. You only need to interact with the windmill.

Next, head towards the drawbridge and get the boat from there. Once you have got the boat, drive it upriver and disembark at the riverbank. From there, head to the right side of the Castle Domitrescu and enter the dungeon under it.

Go through the dungeon and eventually, you will reach the Riverbank Treasure House. You will see a hanging brazier in the middle of the room there. Shoot it and it will swing into the two torches on both sides. However, there is a third torch too that you need to set on fire.

As the two torches get lit, two doors will get opened. This is when Moroaica enemies will spawn infinitely from the door on the right side. Shoot the hanging brazier again and it will set the enemy at the right door on fire.

Get to the third door to access the Treasure of the Riverbank Treasure House in RE Village. You will get a Golden Lady Statue as a reward from there. This statue can be sold to Duke Merchant to get 20,000 Lei.