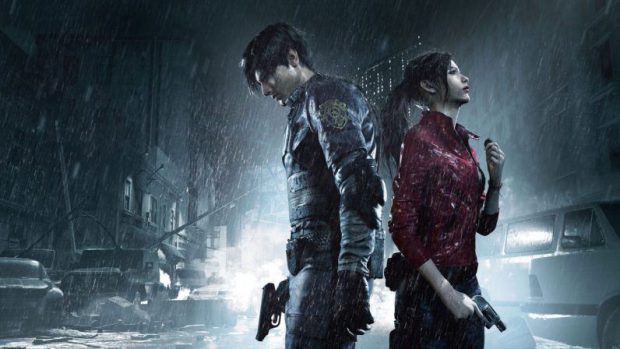 Resident Evil series is back on PC and consoles. Developer Capcom has clearly poured a lot of hard work into the RE2 PC version but still, Resident Evil 2 remake is facing errors like Fatal Application Exit, crash on startup, mouse not working on more.

We have compiled a list of issues and errors that players are experiencing in Resident Evil 2. We have also detailed fixes and workarounds to these RE 2 errors and issues.

RE2 is an incredible PC port but there are still issue with the DirectX 12 implementation which causes audio and performance problems. Players are experiencing Fatal Application Exit errors in Resident Evil 2 remake along with crashes, black screen, stuttering and more

The reason for the game to crash could be the GPU overheating which is common in overclocked GPUs. If you have overclocked your GPU then revert it back to its default clocks.

If the GPU is factory overclocked, then use MSI Afterburner to scale back the core clocks to avoid overheating. This should resolve the Fatal Application Exit error.

For Windows 7 users, there is another solution to Fatal Application Exit error. Download this update and the error won’t bother you again.

Brightness is a big issue with Resident Evil 2 reboot. Players have reported that the screen goes completely dark and they can’t play the game.

No Audio in Cutscenes

Players have reported that audio is fine during gameplay but there is no audio in cutscenes. The solution is setting the right audio channel for your audio headphones or speakers. You can do this in Window Settings by right clicking the sound icon in the bottom right and select “Sounds”.

Select “Playback” and select your active audio device and click “Configure”. Select the correct audio channels and click Test. This will set the right audio channels for your headphones or speakers and the audio problem will resolve.

If the in-game audio still doesn’t work in cutscenes then you have to do a little trial and error. Again go to “Playback” and select the active audio device.

This time select “Properties” and select the “Advanced” tab. In the drop-down list, there are a lot of options, for stereo, 48000hz DVD quality is the option that will resolve the no audio issue in the game.

Also, update your GPU drivers to the latest version as they bring game-specific optimizations. Furthermore, disable any third-party monitoring software, like MSI After Burner, as they might be causing the crash.

The fix for the mouse not working is simple. When the mouse stops working in-game press “Shift+Tab” and Steam overlay will pop up. Close the overlay by pressing the same buttons and the mouse will start to work again.

Players are reporting that when they start the game on their multi-monitor setup, the game doesn’t show up on their primary display. The fix for the Dual Monitor issue is very simple.

Just before starting the game press “Win + P” and disable the monitor that you don’t want to use. Start the game and Resident Evil 2 will display on your primary monitor.

Another issue that players are encountering is that when they start the game on a dual monitor setup, the game only displays on one monitor. To fix this multi-monitor problem, start the game and press “ALT + Enter”.

The game will go into Windowed mode and will start to display on both monitors. Now, change the setting to fullscreen and the issue will be resolved.

If the above solution doesn’t work for your multi-monitor issue, while the game is in windowed mode, drag the game window to your other monitor. This will force the game to display on both monitors.

Now go the video settings and change the game’s resolution to your monitor’s native resolution. Now, you will be able to play the game in fullscreen.

There are countless PC configurations out these which can cause performance issues for many. Resident Evil 2 PC version is experiencing low FPS and stuttering on many systems.

Firstly, stop using the DirectX 12 and switch to DirectX 11 for RE2 PC. The DirectX 12 implementation in RE2 isn’t perfect and causes stuttering and FPS drops.

Also, disable any background process using too much of the CPU, HDD or GPU. Open “Task Manager” and click on “More details”. Now check if there is any program using too much of your HDD, CPU, or GPU and if the process is a useless one, then just end it.

For a potential FPS boost and stuttering elimination, those who own at least an Nvidia GTX 10 GPU, open Nvidia Control Panel. Select “Manage 3D settings” and select “Program Settings”.

Select Resident Evil 2 from the drop-down list and look for “Vertical Sync” in the options. Set Vertical Sync to “Fast” and apply the settings. This will give you a potential FPS boost if you have the CPU and GPU to handle it.

That is all for our Resident Evil 2 errors and fixes for Fatal Application Exit error, stuttering, black screen and more.