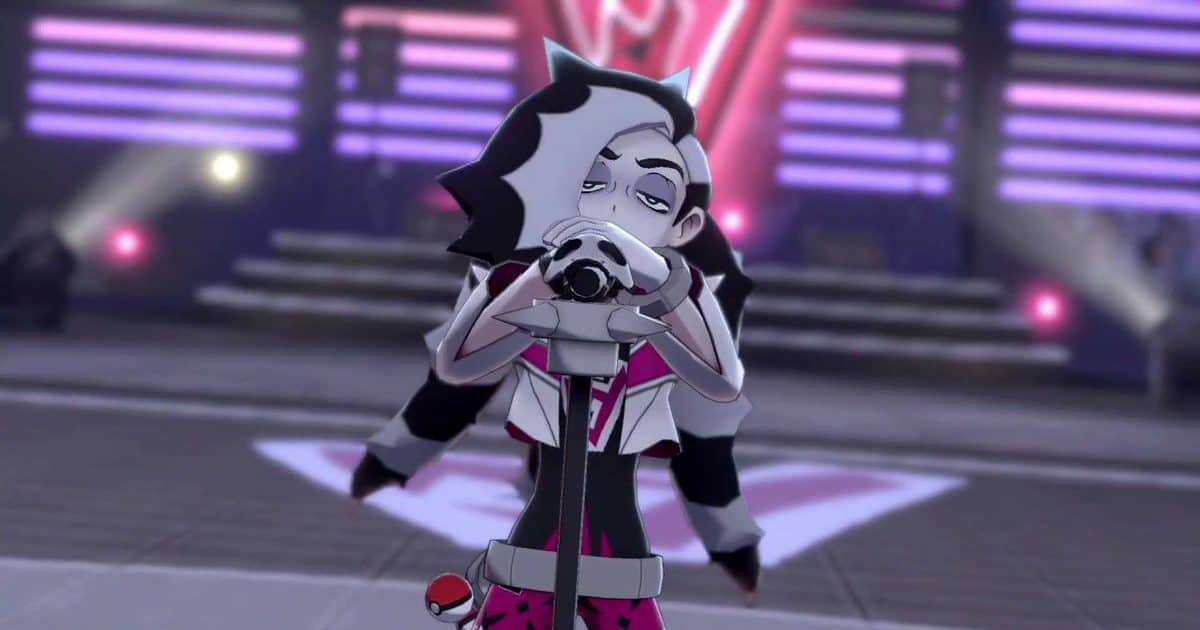 The Dark Badge is obtained from the Spikemuth Gym in Pokemon Sword and Shield. This Gym will be your seventh Galar Gym. The leader of this Gym is Piers who mainly dabbles in Dark-Type Pokemon. It is recommended that before you head into this battle, you get a Fairy-Type Pokemon or a Bug-Type to easily push yourself through the Gym’s fights. Below is our Pokemon Sword and Shield Spikemuth Gym guide which will explain the Dark Badge challenge in detail.

As you move down Route 9, cross the bridge. Follow the path south until you reach the Circhester Bay of Route 9. You will find the Old Guy being harassed yet again by Team Yell, help him out by intervening.

Simply follow the path up until you reach Outer Spikemuth. From here go through the grassy path and then around the corner. You will find that stepping closer to North of the Spikemuth gate will make Spikemuth and Marnie appear and they will take you to the Southern Path.

At this point, Marnie will try to fight you again, and once you defeat her you will get to enter the Spikemuth gym as a reward.

Recommended Pokemon
Piers’ arsenal consists of Dark-type Pokemons which are weak against Fighting, Bug, and Fairy-Types. You can catch Pokemon such as Caterpie, Milcrey or Tyrogue to better your chances in your showdown with Piers. Diversify your Pokemon roster with different types mentioned above to better be able to stand your ground against Piers.

It is recommended that you have your Pokemon to be at least Level 48 before you head into this gym fight, otherwise you might face some unwanted trouble.

Making your way to Piers
There’s no complicated challenge in the Spikemuth Gym. You will be fighting Gym Trainers one by one who will have Dark-Type Pokemon. As long as you have a Fairy-Type, you will be able to move through this part of the Gym very easily. The following are the trainers and their Pokemon in the Spikemuth Gym.

Once you have defeated all the side-kicks you will be facing the Leader; Piers.

Fighting Gym Leader Piers
Piers’ team can be very effectively dealt with by using a Fairy-Type Pokemon. You can use a Ground-Type Pokemon when he sends out Skuntank which can fairly damage your Fairy Pokemon should you not be careful. Following are the Pokemon Piers will be using against you.

The fight is fairly simple and there is no Dynamax or Gigantamax Pokemon in this fight.

Spikemuth Gym Rewards
As you finally defeat Piers, you will receive the following rewards: