How to Catch Regice in Pokemon Sword and Shield, Locations and Stats 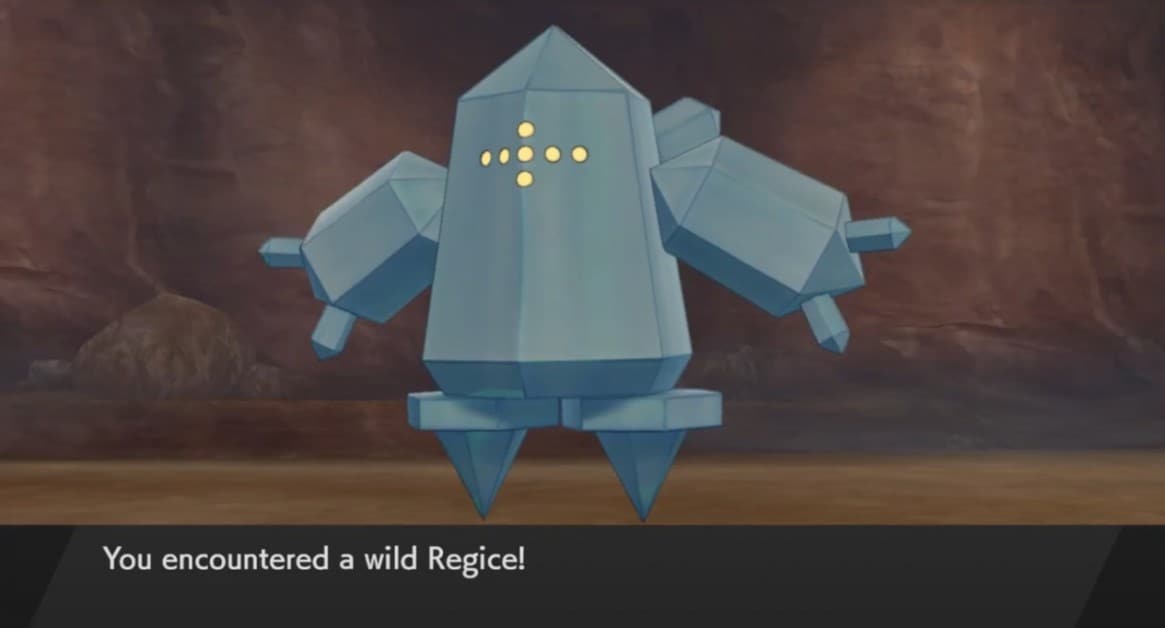 Regice is an Ice Type Pokémon and can be found in the Crown Tundra Expansion Pack. In this Pokémon Sword and Shield guide, we will list all the Regice Locations, How to Catch it, and its strengths and weaknesses as well.

How To Catch Regice

Regice cannot be found in the wild, so you will need to acquire it by other means. Transfer it from Pokémon HOME or see if others players can trade one with you with the Crown Tundra Expansion Pass.

If you own the Crown Tundra DLC, then Regice can be found in a temple at Snowslide Slope. Go on the path that is on the left side along the slope. The entrance will be at the end but it is locked.

The clue that it is on it will hint that you have to search for a Cryogonal nearby and make it the first Pokémon in your party.

This will lead to the Pokémon walking alongside you and that will allow you access to the temple.

Go inside and walk over the dots on the floor until you get to the statue at the back of the room. It is here that you can catch Regice.

Regice has the following stats in Sword and Shield Crown Tundra:

Regice has the following abilities in Pokémon Sword and Shield:

Clear Body: Opponents’ moves which lower this Pokémon’s stats have no effect. However this Pokémon may lower its own stats with its own moves.

Ice Body: HP is restored by 1/16th of maximum HP when its hailing.

How to Evolve Regice

Regice like other legendaries currently has no evolutions in Sword and Shield.

It is weaker against Fighting, Fire, Rock and Steel types.