How To Catch Wiglett In Pokemon Scarlet And Violet 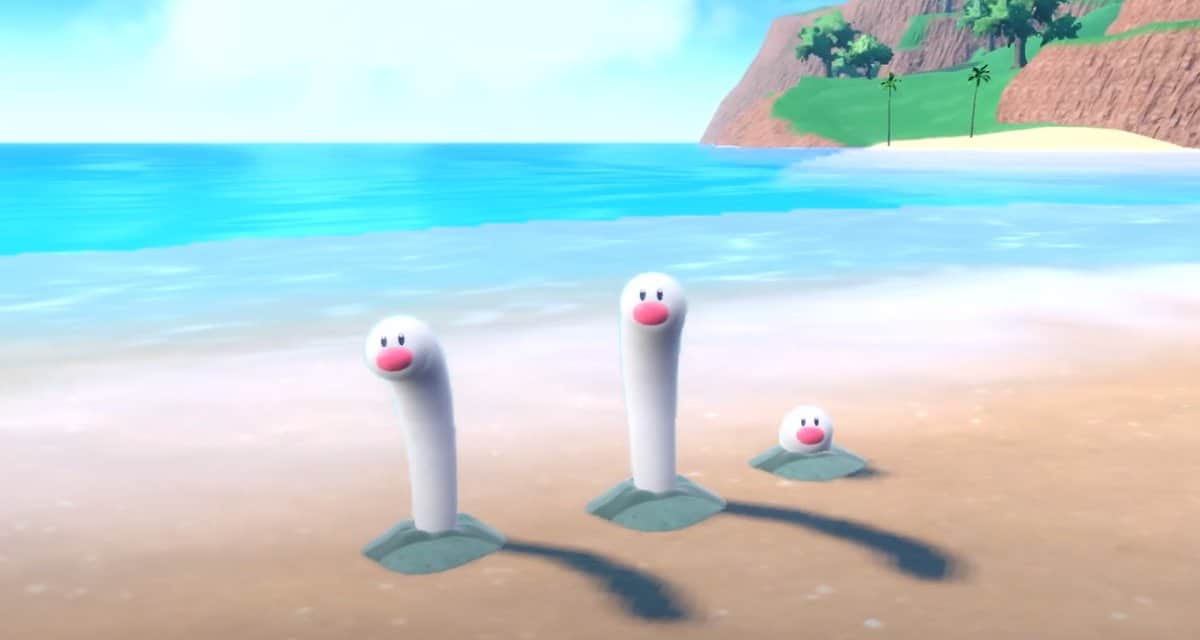 Wiglett is one of the newer Pokemon to be released in Pokemon SV. If you want to complete your Pokemon Scarlet and Violet pokedex with the new generation of Pokemon, here is a guide on how to find and catch Wiglett.

Looking at Wiglett you might see some serious similarities to Diglett in terms of design. Wiglett is a distant cousin of Digletts and it may be a divergent evolution to the classic Diglett. This Pokemon does not offer much in terms of stats or power.

You can find Wiglett in the locations near the beaches near water where they will be chilling by the rocks minding their own business till you throw a Pokeball at them.

You have to sneak up to a Wiglett because if it goes underground, it will run away, and you will be unable to catch it.

Catching it off-guard is the only way to begin fighting with a Wiglett. Sneak up till you are close enough to toss a pokeball and fight them till they are low enough health, and you can catch it.

Wiglett in Pokemon Scarlet and Violet has an interesting mechanic in regard to running away where it can just pop underground so be sure to sneak up on them.

In terms of stats, many water-type Pokemon are a better fit for your roster but Wiglett has the edge of being new. There is no shortage of interesting new Pokemon in Scarlet and Violet and many people find Wiglett tacky.

Here are the official stats for Wiglett: