How To Catch Dondozo In Pokemon Scarlet And Violet 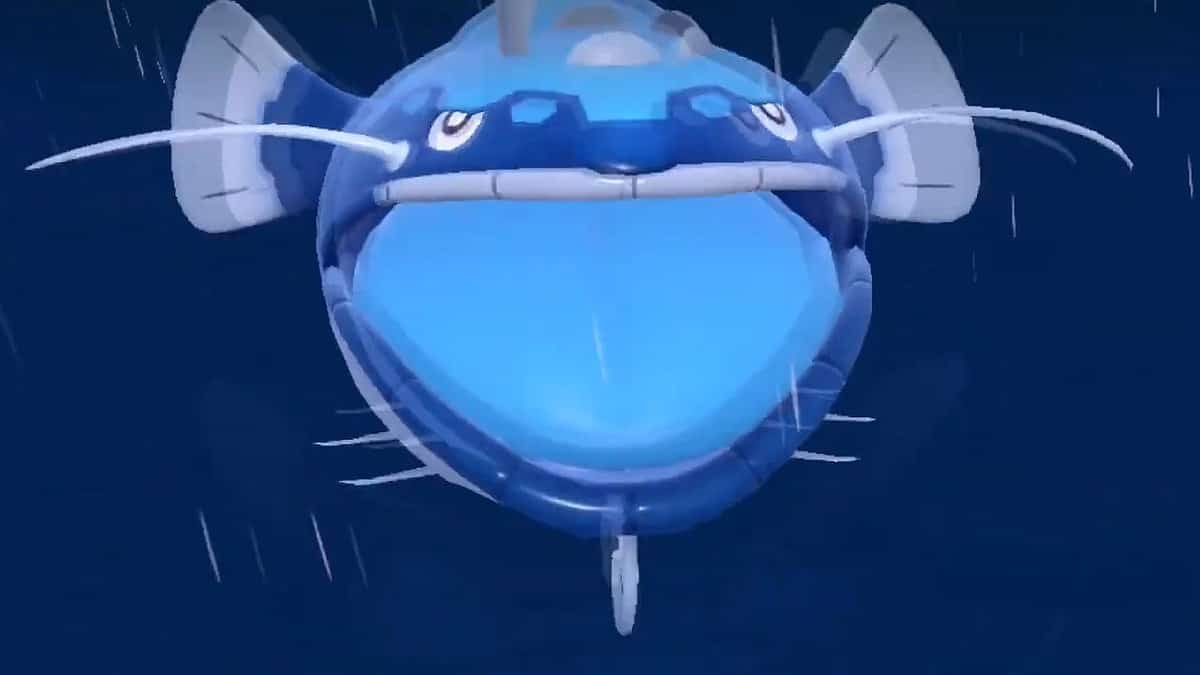 Pokemon come in all shapes and sizes, ad some are literally titans, capable of shaking the earth itself. Pokemon SV features 5 Titan Pokemon, one of these is Dondozo, the false Dragon Titan.

Dondozo’s appearance can be described as a mix between the past Gen Pokémon Whishcash and Wailord. This gluttonous fish is too lazy to find food for itself, which is why it forms a dynamic duo with Tatsugiri, the sushi-like creature.

The following guide will show you how to get a Dondozo the Dragon Titan in Pokemon Scarlet and Violet and how you can capture it for your team.

Dondozo isn’t found as a wild Pokemon and is actually tied to one of the story paths in Pokemon Scarlet and Violet. Since Donodozo is a Titan (or False Titan) Pokemon, you will encounter it during The Path of Legends storyline.

Dondozo is found in Casseroya Lake. The lake is in the eastern part of Paldea, and the False Dragon Titan is found between two small islands in the middle of the lake.

To start your encounter with the False Dragon Titan Dondozo, head north from Medali and swim across the lake, until you hear a small screaming “TITAAN”. Here, you can find the titan you are after in the northern coast of the island on the western side.

Since Dondozo is not your everyday Pokemon, ofcourse it won’t go down that easy. You defeat Dondozo in multiple encounters.

There are three encounters in total, for the first two encounters, you fight Dondozo, where as the titan is joined by the small orange fish, Tatsugiri, in the third encounter.

Defeating both of them will unlock a cave entrance, where you can go to find Herba Mystica, the very item Dondozo was guarding.

Both Dondozo and Tatsugiri are formidable foes, and you need to be close to level 55 to have a chance of defeating them at all.

Catch Dondozo is a bit more complicated than just defeating it in combat like other Pokemon. To catch Dondozo in Pokemon SV, you need Herba Mystica.

So defeat Dondozo and Tatsugiri and go into the cave that just opened up and pick up Herba Mystica from inside it. Once you come outside, go to where you first encountered the Titan and there, you will find the titan in its normal size.

Once again, you need to fight Dondozo and defeat it to catch it. You need to make sure Dondozo is at 1 HP to catch it, so we recommend using False Swipe move, that always leaves any Pokemon at 1 HP without causing them to faint, making it easier for you to catch the False Dragon Titan Dondozo.

The Dragon-Type move, Order Up resembles a sushi plate being tossed. It is a useful attack that has 100 accuracy and 80 power however when combined with Tatsugiri’s ability, Commander, allows Dondozo to receive an Omni Boost +2.

Dondozo also receives stat boosts every time it uses Order Up. The stat which boosted is dependent on Tatsugiri’s form: Pink for Attack, Yellow for Speed, and Red/Orange for Defence.

The following are the base stats of Dondozo: