How To Auto Battle In Pokemon Scarlet And Violet 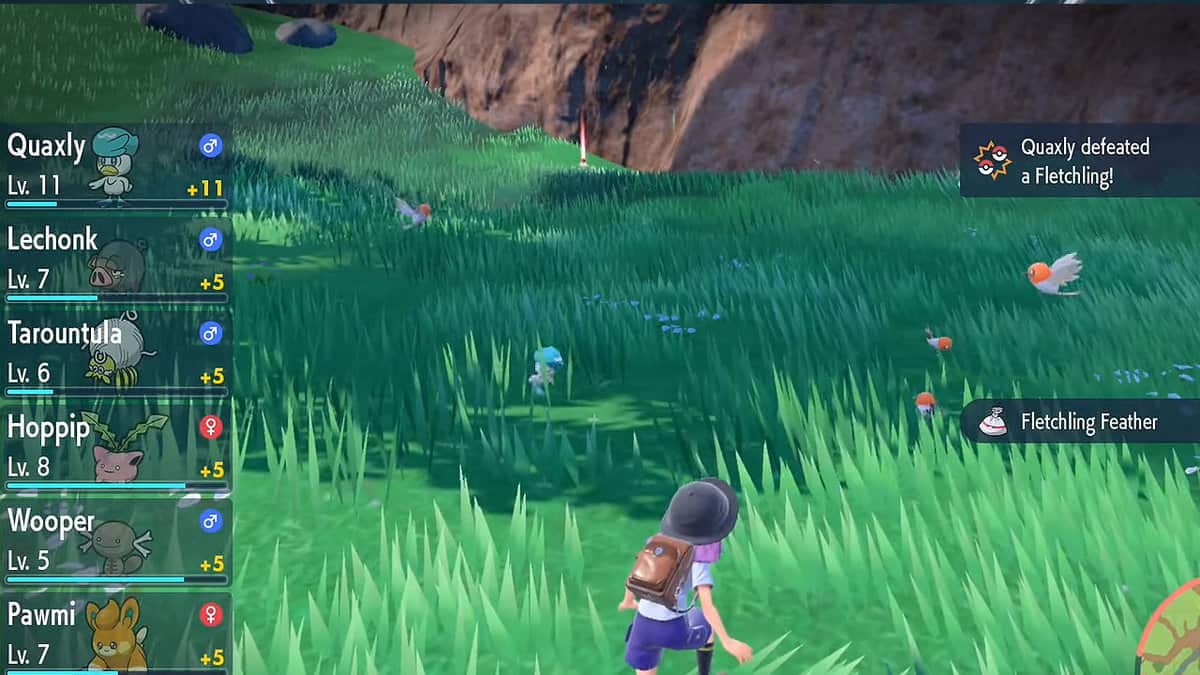 Pokemon Scarlet and Violet not only introduce a range of new Gen-9 Pokemon but also new Let’s Go mechanics to make it far easier (and enjoyable) to add more Pokemon to your collection.

Auto Battles are new to Pokemon SV. You can now sit back and watch your Pokemon automatically battle other Pokemon without you having to go through attacks, strengths, weaknesses, types, etc.

If you come across an area with multiple Pokemon roaming about, simply send out your Pokemon to Auto Battle all of them. The whole process will take hardly a few seconds, and the time you save from Auto-Battling can be then put to better use.

The following guide will tell you more about how to Auto Battle to make your Pokemon go solo in Scarlet and Violet.

How to enable auto battles in Pokemon SV

You will unlock the ability to do auto battles fairly early in the game. All you have to do is stick to the main campaign until you reach the point where a whole tutorial will be shown to explain how the feature works in Pokemon Scarlet and Violet. This will happen when you arrive in Los Platos.

Hence, you will be able to auto-battle almost from the start of your journey in Pokemon SV.

How to Walk With Pokemon

In Pokemon Scarlet and Violet, you can send out your leading Pokemon in any direction you want using the Let’s go feature.

Just press the R button and select the area where you want to send the Pokemon.

If your Pokemon struggles in the battles, you must recall it by pressing the ZR button. This will ensure the survival of Pokemon and also provide a breather.

Once the health bars are complete, you can send them back for more auto battles.

How do auto battles work in Pokemon SV

Take note that doing auto battles do not guarantee victory every time. The outcome of an auto-battle depends on several factors, starting with the levels and types of Pokemon involved.

Upon winning the battle, your Pokemon will get a small amount of XP and the other Pokemon in your team will get half of that amount.

Your Pokemon can get damage during the battles. You cannot use the same Pokemon for auto battles until they completely heal. Ensure that you are not using auto-battle against a rare spawn Pokemon. To catch it, you must fight normally and catch it.

Leveling up your Pokemon

Every battle requires your Pokemon to be strong. The best way to prepare for a gym battle, Titan Pokemon fight, or a Starfall boss battle is to earn EXP to develop Pokemon.

Use the Let’s go feature and have your Pokemon farm on EXP passively by doing different things in the Pokemon world.

It becomes very hectic to collect every item on your own. The let’s go feature not only helps auto-battles but also allows you to gather many things. Your Pokemon will search the area and collect items, and you can use them to carry out TM Crafting.

Auto-battles provide you with an excellent opportunity to catch wild Pokemon.

You cannot fight shiny Pokemon using the auto-battle feature in Pokemon SV. If you direct your Pokemon toward a shiny one, the battle is not going to start.

You can only capture shiny Pokemon using normal battle.

Evolution is not possible for any kind of Pokemon during auto battles. You need to cancel the auto-battle before the level-up. Initiate a normal battle and upon reaching the required level, your Pokemon will evolve. You can also use the EXP candy to level up and evolve your Pokemon.