How To Get Amulet Coin In Pokemon Scarlet And Violet 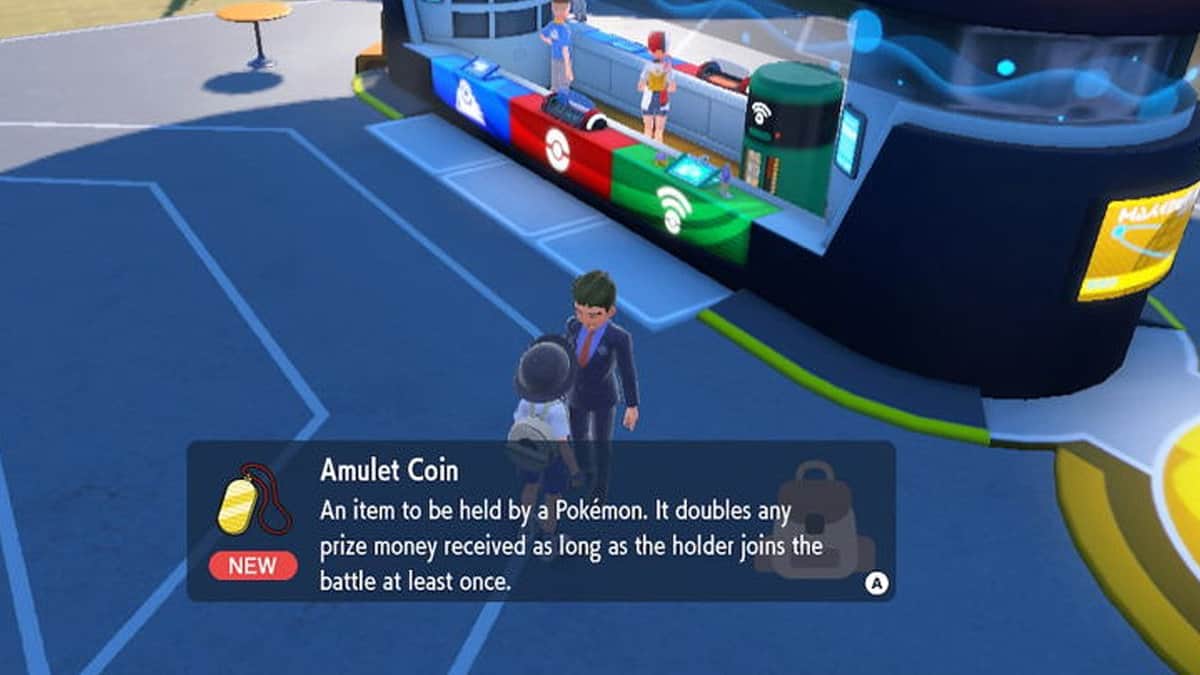 Amulet Coin is a special item in Pokemon Scarlet and Violet that doubles the amount of Pokedollars you receive as a reward for beating other Pokemon trainers.

You need Pokedollars to purchase all sorts of ingredients and various other items to help you on your journey. Having an Amulet Coin makes it easier to farm money in the game. The best part is that you do not even have to do any grind. You just keep earning double for the rest of the game.

The following guide will tell you how to get and use an Amulet Coin in Pokemon SV.

How to get an Amulet Coin in Pokemon SV

You can battle gym leaders and other individuals as you proceed in the game. And if you stumble upon an Amulet Coin, the chances of doubling that money are 100%.

Go to Northeast Medali Pokémon Center and look for a suited man with a mustache. He will ask you to battle five gym trainers.

Look for five Pokémon trainers in West province (Area Three). These trainers will help you level up, but you can only compete with them if you have a Pokémon of level 30 or above because they are the most leveled-up trainers in the game yet.

When you reach the West province, you will see a trainer in the grass. Now, to get to the second trainer, you must defeat the first one. You will find the second trainer between the two hills on the left side near the cavern.

Look for the third one before the beginning of the mountains. The last two trainers will be near the grassy plains on the north path.

If you have won every match against them, congratulations! Come back to the suited man at Northeast Medali Pokémon Center, and he will give you the Amulet Coin.

How to use an Amulet Coin in Pokemon SV

As simple as it is, you only have to assign it to any Pokémon in your party, and you will get a double reward whenever you use it. We would recommend using it when farming money from trainers and Gym Leaders