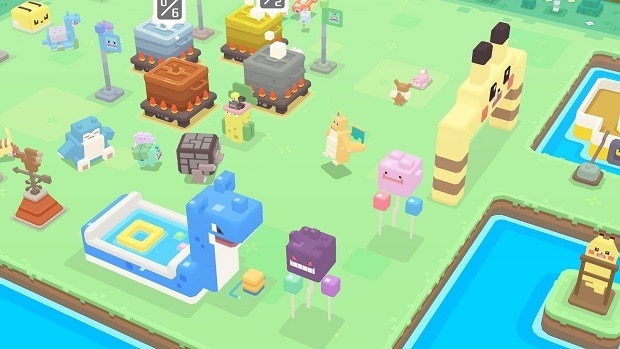 Our Pokemon Quest Legendary Pokemon Guide will tell you how to catch the Legendary Pokemon that are in the game in a detailed and step-by-step method so that you have no hassle in trying to get them in your party.

Catching Pokemon in Pokemon Quest is quite different from all other games in the series. Rather than trying to use PokeBalls, you need to use recipes in order to attract the Pokemon into your party. This may not be what you are used to but the plus side for you is that it is a lot easier for you to catch all of the Legendary Pokemon.

Let us go ahead and see what is it that you need to do exactly in order to get the Legendary Pokemon that you desire. It might be best for you to fully be able to understand how to cook before you head into this advanced guide.

How to Catch Legendary Pokemon

Before we begin, it is important to know that you are ready to catch the Pokemon. Unless you are at least in the twelfth string of the missions on Happenstance Island, you are not ready to start catching Legendary Pokemon. The Pokemon may appear as a final boss on any of the missions that you do on the Island. However, the chances of them actually appearing are quite low and you will need to do multiple runs of the missions in order to get them.

In order to increase your chances of attracting Legendary Pokemon and attracting Pokemon of the higher level, it is best to have Mystical Shell or Rainbow Matter as the other ingredient. They might even get you a Mew or Mewtwo, although that will only happen once in a blue moon.

There are a total of 5 different Legendary Pokemon in the game that are Mew, Mewtwo, Articuno, Zapdos, and Moltres. The method for catching all of them is the same so you will need to do an awful lot of grinding in order to get them.

That is all we have for our Pokemon Quest Legendary Pokemon Guide. Let us know if we missed something using the comments section below!