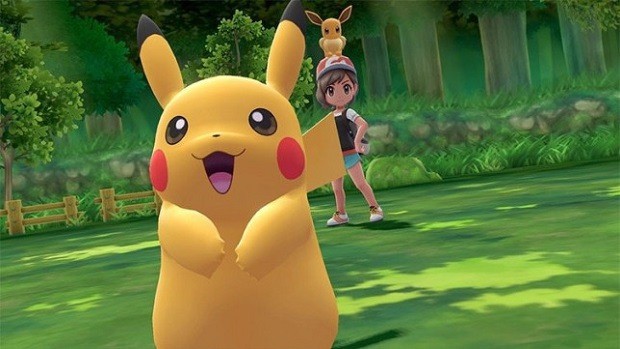 Sea Skim has a total of 2 different purposes in the new Pokemon Let’s Go game. You can use it both for swimming through the water as well as finding water Pokemon which would not be possible otherwise. Our Pokemon Let’s Go Sea Skim Guide will guide you through the entire process of getting this move and using it.

In the previous Pokemon games, there were a total of 2 different things that the water could be used for. The first one was to move through the areas and avoid a lot of land traveling when moving quickly from one place to another. Another important use of water was that you could find a lot of water-based Pokemon in it which could not be found anywhere else.

In the previous Pokemon games, you would use one of the variants of the fishing rods in order to fish water Pokemon out of the sea, whereas you would learn the surf move to move through the water. In Pokemon Let’s Go Pikachu and Eevee, both of those moves have been combined into one, which is the Sea Skim. Let’s go ahead and see how you can get Sea Skim for yourself.

How to Get Sea Skim

In order to get Sea Skim, you need to learn the technique from a guy in Fuchsia City. Head on over to the city that can be found towards the bottom center of the map. Once you are in there, you need to look for a place known as the Go Park Complex.

Find the place and head to the park. Once you are there, you will need to find a Lapras that is swimming in one of the various pools of that area. When you find Lapras, speak to the guy standing near it who has a white shirt and black pants.

Simply talk to the guy in order to learn this move. He will tell you a little story about himself and will teach your main Pokemon the Sea Skim Secret Technique after you are done talking. Now, you will be able to use that specific Pokemon to traverse the waters in the game.

When you are using Sea Skim in the water, random Pokemon will spawn around you and you will have the chance to capture them just like you were on grass. This is a replacement for the fishing rod which was used to catch Pokemon in pools and rivers previously.