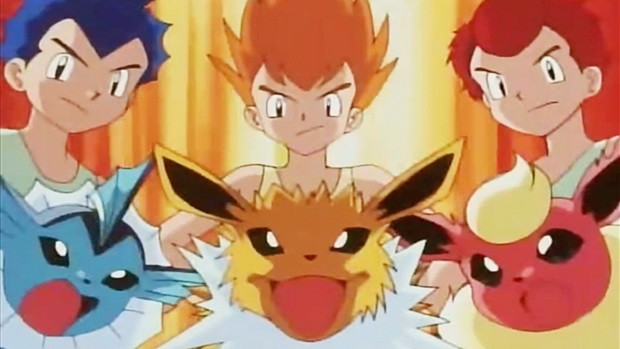 Want to evolve your brand new Normal-type Eevee into one of the many types Eevee has to offer? Fret not! Our Eevee Evolutions Guide for Pokemon Let’s Go Eevee and Pikachu is here to help you!

Eevee is one of the two featured Pokemon in Pokemon Let’s Go, alongside Pikachu. She is the mascot of the game Pokemon Let’s Go, Eevee! If you rarely encounter a female Eevee during your first meeting with Eevee, that female Eevee’s tail can be seen shaped like a heart. Pretty neat, right?

Anyways, this guide will be covering all the evolution your cute Eevee can have, through the several Elemental Stones, you can find in the world of Pokemon. Of course, once you have evolved an Eevee, you cannot revert it to its original state. So proceed with caution, and weigh down all the pros and cons of each evolution before proceeding.

Eevee is a petite mammal-like creature, often seen inhibiting behavior like a little child. It is a playful little thing and is one of the cutest creatures in Pokemon. 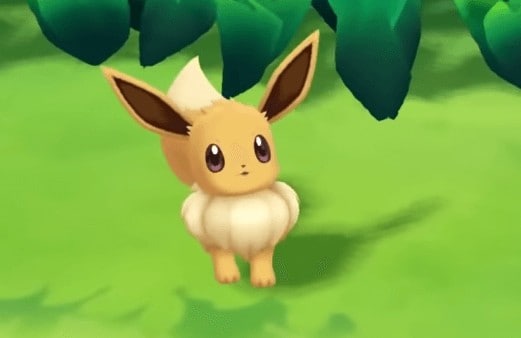 Fun Fact: If you reverse the name “Eevee”, you still get Eevee.

A plushie of Eevee can also be seen in your room in Pokemon Let’s Go Eevee! When you first boot the game, an Eevee, following the scene to Professor Oak where he gives you an introduction and asks your name, greets you! Eevee has three evolution in Pokemon Let’s Go:

Flareon is a Fire-type Pokemon and one of the three possible evolution for Eevee. This hot boi right here boasts a higher ATK damage than any of its two other siblings and has an overpowered passive ability: “Flash Fire”. This ability protects Flareon from Fire damage.

Once this ability triggers, Flareon will also be able to deal 1.5X damage with its Fire-type skills until the battle ends. Yep, that is pretty OP. Eevee can learn skills until its level 31, with “Flare Blitz” being its ultimate skill. And you can evolve an Eevee into a Flareon by using a Fire Stone. Lit, isn’t it?

Fire Stone
You can find and buy a Fire Stone at the Celadon City’s local Celadon department. Of course, it is not free. It will cost you 2,100 in-game cash.

Jolteon is an Electric-type Pokemon and the second of the three possible evolutions for Eevee. It is the fastest of the bunch but is relatively weak when compared to Flareon or Vaporeon. Jolteon has a passive ability: “Volt Absorb” that allows it to absorb 25% of all incoming Electric Damage, healing itself for the same amount.

If you are pit against a Pikachu that has all Electric-type skills, a Jolteon may save you plenty of trouble. The final move that Jolteon can learn is the “Thunder”, at Level 31. It is one of the strongest Electric-type moves in the whole game.

Jolteon deals half the damage to Ground-type Pokemon and takes twice the damage from them. Ultimately, using a Thunder Stone, you can evolve an Eevee into a Jolteon.

Thunder Stone
You can find and buy a Thunder Stone at the Celadon City’s local Celadon department. Of course, it is not free. It will cost you 2,100 in-game cash.

Vaporeon is a Water-type Pokemon, and the third possible evolution in the game: Pokemon Let’s Go Eevee! The coolest of the bunch features the highest HP, and has good Defense stats, but loses some ATK stats during the evolution.

Vaporeon possesses a similar passive ability as a Jolteon: “Water Absorb” which allows it to absorb 25% of all Water based damage dealt with it, and convert it into healing power. It may also be able to wash itself of all status effects dealt with it during a rain.

Vaporeon will learn the ultimate Water move “Hydro Pump” at level 31, which has an 80% chance to deal 120 damage. If you miss, you lose the turn and the damage. And yes, that is pretty risky. An Eevee will evolve into a Vaporeon when it is exposed to a Water Stone.

Water Stone
You can find and buy a Water Stone at the Celadon City’s local Celadon department. Of course, it is not free. It will cost you 2,100 in-game cash.