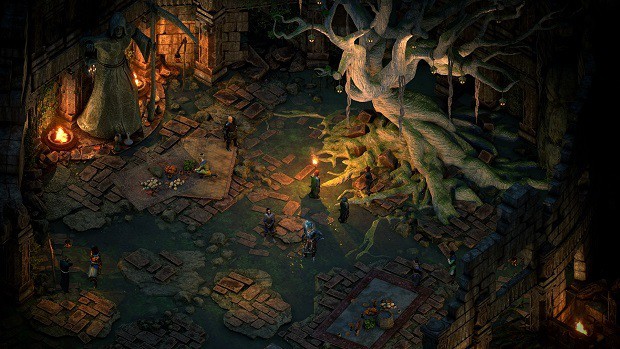 Pillars of Eternity 2 Deadfire is one of such games who take the background of the character very seriously and incorporates them in a way that each character’s backgrounds have an effect on their traits and personality.

The occupation of the character also has a big role in shaping up the stats of the characters. We have detailed all of these mechanics apart from the basic ones below so that you can easily create the best possible character possible.

The character creation in Pillars of Eternity 2 Deadfire is very detailed and you get to choose from a large number of options to make up their stats and additional bonuses. You must pick each option wisely because each selection will alter certain aspects of your character.

None of the choices here are just for the sake being here but each choice will affect your character in one way or another. While creating a character, you will need to go through six basic phases. These phases are detailed below:

This is the first and the very basic phase of character creation. After choosing the sex of your character from male or female, you can choose a race from six options. These races are Auamaua, Dwarf, Elf, Godlike, Human, and Orlan. Each of these races come with their own strengths and weaknesses. You can even select a sub-race for even more specialty bonuses and stat boosts.

Classes will allow you to focus on a particular type of gameplay, however; you can also go for all-rounder builds but it all boils down to your own choices and preferences. There are 11 classes in Pillars of Eternity 2 Deadfire to choose from. These classes are detailed below.

If you want, you can also check out our Detailed Classes Guide by heading over to the link.

Barbarian
Barbarians are best used for Crowd Control. They can also be used as Defenders. Their power source is Rage. They have three subclasses Berserker, Corpse-Eater, and Mage-Slayer. While starting the game, you can choose either Barbaric Yell or Frenzy as a starting ability.

Chanter
Chanters are primarily used for Support and Crowd Control. Their power source is Phrases. They have three subclasses Beckoner, Skald, and Troubadour. They have a wide variety of skills to choose from when you start the game.

Cipher
Ciphers are used for Crowd Control or as Strikers. Their power source is Focus. They have three subclasses Ascendant, Beguiler and Soul Blade. They also come with a wide variety of starting skills to choose from.

Druid
Druids are used for Crowd Control mainly but they can also be used as a Support or Striker. Their power source is Nature. They come with their own three subclasses Fury, Lifegiver, and Shifter. They come with a wide variety of starting abilities.

Fighter
Fighters are best used as Defenders but they also work well as Strikers. Their power source is Discipline. They have three subclasses Blade Jacket, Devoted, and Unbroken. They come with only two starting abilities to choose from: Knock Down and Disciplined Barrage.

Monk
Monks are used as Strikers but can also be used as Defenders. Their power source is Wounds. They have three subclasses Helwalker, Nalpazca and Shattered Pillar. They have Swift Strikes, Forces of Anguish and Mortification of the Soul as the options for starting abilities.

Paladin
Paladins are best used for Support but they are also good Defenders. Their power source is Zeal. They have five subclasses Bleak Walkers, Darcozzi Paladini, Goldpact Paladini, Kind Wayfarers and The Shieldbearers of St Elega. Their starting abilities are lay on Hands, Sworn Enemy, and Flames of Devotion.

Priest
Priests are Support characters and their power source is Faith. They have five subclasses berath, Eothas, Magran, Skaen, and Wael. They come with a wide variety of starting skills to choose from.

Ranger
Rangers are best played as Strikers but they are also good Defenders. Their power source is Bond. They have three subclasses Sharpshooter, Ghost Heart, and Stalkers. They have a wide variety of starting skills to choose from.

Rogue
Rogues are the best Strikers and their power source is Guile. They have three subclasses Assassin, Streetfighter, and Trickster. Their starting abilities are Crippling Strike and Escape. You can choose any.

Wizard
Wizards are good for Crowd Control as well as Strikers. Their power source is Arcane. They have five subclasses, Transmuter, Illusionist, Evoker, Enchanter, and Conjurer. They come with a wide variety of starting skills to choose from.

They will determine how proficient the character will be in certain tasks such as combat, interactions or general activities. The only way to alter the character attributes after its creation is by wearing certain wearables and consumable items that grant a temporary bonus. The attributes and their effects are detailed below:

Character Background and Occupations play a big role in Character Creation in Pillars of Eternity 2 Deadfire so you must not pick just any random ones like we do in most RPGs.

Here, each background and occupation will give additional bonuses that will help you on your journey and make certain tasks much easier for you to perform. We have detailed the bonuses from all Backgrounds and Occupations below:

As for occupations and bonuses, these are found below:

Here you can choose different weapon proficiencies for your character. There are a number of weapons available in the game such as bows, firearms, magical implements, one-handed weapons, two-handed weapons, and shields. Choosing weapons focus is important because it will allow your character to be better at weapons that you want to use in the game.

We recommend you select the weapon proficiency only in those weapons, which you plan to use on your journey. Avoid investing points in weapons that you will never use in the game. Higher weapon proficiency stat allows your character to land more critical attacks and deal more damage to enemies.

This concludes our Pillars of Eternity 2 Deadfire Character Guide. If you want to add anything to this guide, feel free to use the comments section below!