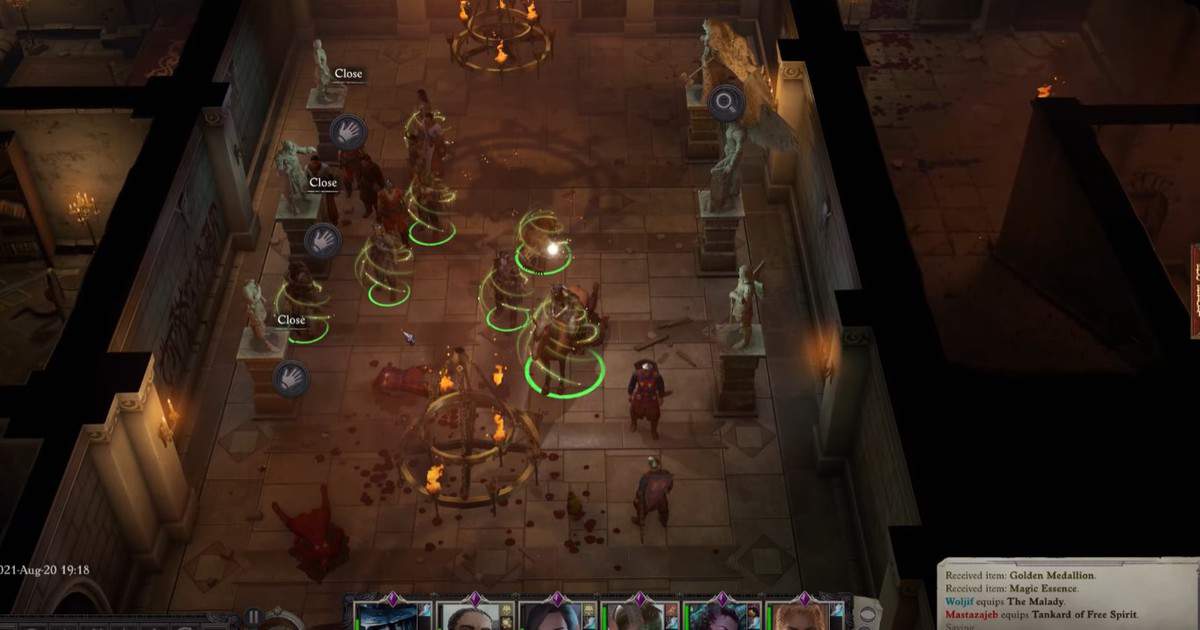 Pathfinder Wrath of the Righteous is loaded with puzzles that will challenge your mind to its extent. One of these puzzles happens to be the Gray Garrison Statue puzzle.

You’ll come across this puzzle during the City on Fire quest of Pathfinder WotR while attacking Gray Garrison.

The puzzle in itself is not that challenging. It’s the tiny time bracket you’re given to solve the puzzle that makes it challenging. The puzzle will kickstart when all of the antagonists in the region have been cleared.

To solve the puzzle, you’ll be required to activate all of the statues in the room.

The developers weren’t letting you off the hook that easy! The statues have to be activated in a particular order. For that, you need to know what statues are present in the room and how to identify them.

Since they’re the warrior statues, all of them are holding some kind of an ancient weapon. This could be anything: hammer, staff, and even a sword.

Some of the statues that carry a sword carry a shield as well, but not all of them. It seems like not everyone was careful of their defense!

Now that you’re aware of all the statues that are present in the room let’s get to solving the puzzle.

There’s a prayer near the altar that has all the instructions regarding how to solve the puzzle. However, to make it easier for you, we’ve given a step-by-step solution below.

First things first, make sure that the arrow on the UI compass on the bottom left of your screen is pointing towards the north. Only then will you be able to follow the sequence we’ve listed below.

Once the compass is set to north, start off by activating the man statue that carries a sword as well as a shield. Then move on to the angel with the same set of weapons.

Now, there’ll be two statues of men left to activate. Activate the statue with staff, and then the one with the hammer.

If you’re having a difficult time identifying the statues, then you can begin by activating the first statue on the left, followed by the second statue on the right.

With that being done, you’ve successfully completed the Gray Garrison Statue puzzle, and you’ll see the door to the secret room of weapon racks opening.