Outriders Was Designed To Let You Create Your Own Shooter Game 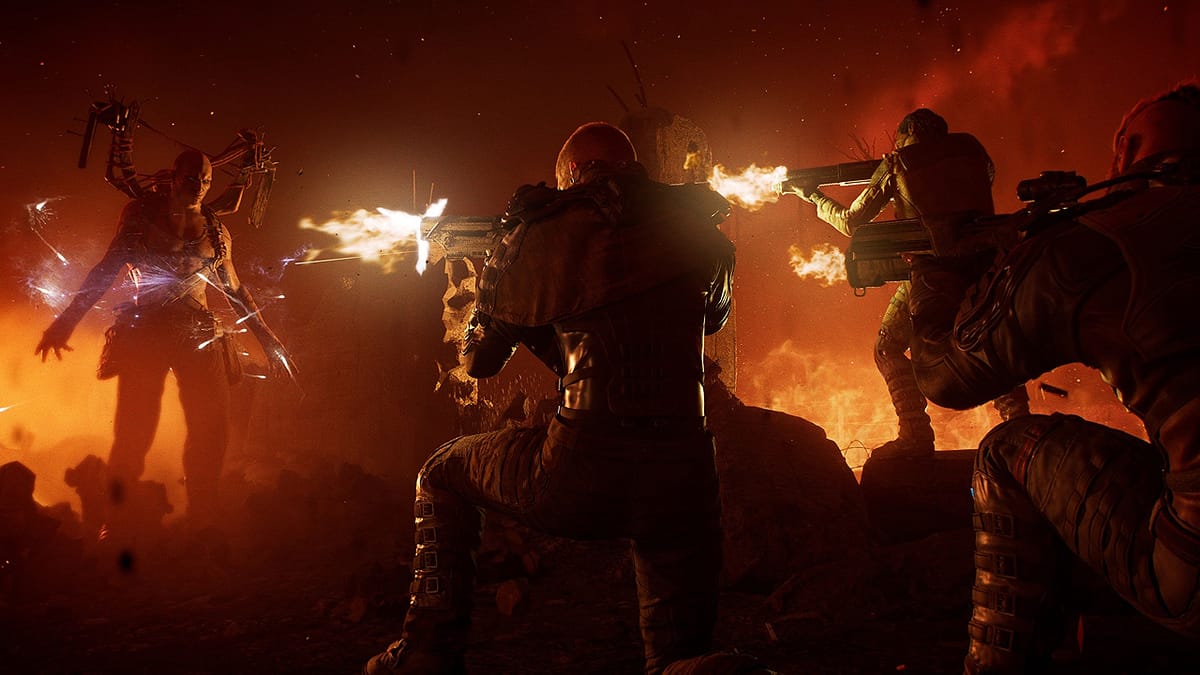 Ever since Outriders was announced last year, the new offering from People Can Fly has been constantly compared against several prominent games out there. That includes the likes of Destiny, Gears of War, Mass Effect, and The Division. The comparison has even birthed a certain level of criticism and not something a developer would like to hear after working on a game for five years running.

However, such was expected by People Can Fly even before development went full-force on Outriders. While many continue to remember People Can Fly for the 2011 crass-humor-filled Bulletstorm, the same developers also worked with Epic on Gears of War: Judgement as well as Fortnite back in the early days. Hence, the similarities being seen in Outriders.

Kmita candidly pointed out the problem and noted that in the end, a decision was made to just create a hybrid of all those games (and more) and let the players themselves choose how they want to play. Outriders, hence, is by design a create-your-own-shooter, just like how Bulletstorm was designed to reward players for creating their own kills.

Making a cover shooter, we knew we would be compared to Gears of War — but if we make a first-person shooter, we’ll be compared to Bulletstorm. We decided ‘Okay, let’s use our experience from all those games to give the player a possibility to choose how they play, so they can almost make their own shooter in this game.

Outriders is described as a third-person co-op cover looter-shooter with role-playing elements — taking from at least four different games: the third-person cover shooting from Gears of War, the chaotic action from Bulletstorm, the loot and cooldown timers from Destiny, and the narrative (a bit) from Mass Effect. Outriders, though, was never designed to be a dumb clone.

Kmita implied that players yearning for cover-based shooters will find plenty in Outriders, but they can also choose to completely ignore cover-based mechanics to go all in for pure and chaotic action like Bulletstorm but without the silliness. Destiny and The Division surging in popularity in the past few years have also gained their own following. Those wanting to cycle through an abundance of loot and abilities will also find plenty to choose from in Outriders. Finally, the mature narrative and setting, which hopes to satisfy sci-fi fans with a meaningful storyline. Whether that can stand against Mass Effect remains to be seen.

Despite the comparisons, Kmita noted that Outriders has its own identity while being familiar at the same time. People Can Fly believes that it has found a winner with Outriders, a game that will trump Bulletstorm to becomes its new flagship. Just how a balance has been maintained between all of those gameplay aspects is something that will actually define Outriders at launch.

Outriders was recently delayed and will now be releasing in the holiday season of 2020 — somewhere at the end of December — for both current- and next-generation consoles and PC.