It looks like some of the big names in the game development scenario are welcoming Oculus Rift Dev Kit 2 with both hands. We picked up rumors about Unreal Engine 4 being given away to the owners of the DK2 for free.

While none of this is confirmed, a NeoGAF user grabbed a screenshot of the official website of Unreal Engine where they were advertising that ‘Unreal Engine 4 is now free for Oculus Development Kit owners! Learn more.’

Now, Unreal Engine 4 has no free version, so the only understandable way for them to have been doing this is if they were giving away Unreal Engine 4 Pro license to people who bought Oculus Rift Dev Kit 2. This means you would be getting both the things for a price tag of $350.

It could have been that since Unity Technologies has also announced their support for the VR headset, Epic Games decided they shouldn’t lag behind in the race for being the chosen game development engine for the virtual reality world.

Unity Technologies had previously announced that the free version of their engine would be made available to the owners of Oculus Rift Dev Kit 2. The free version was otherwise available only with the Unity Pro Package.

Now, Epic Games has removed that banner from their website but you can see the screen grab below. Moving on, I don’t think we should treat this as confirmed (yet) because neither company has announced it. 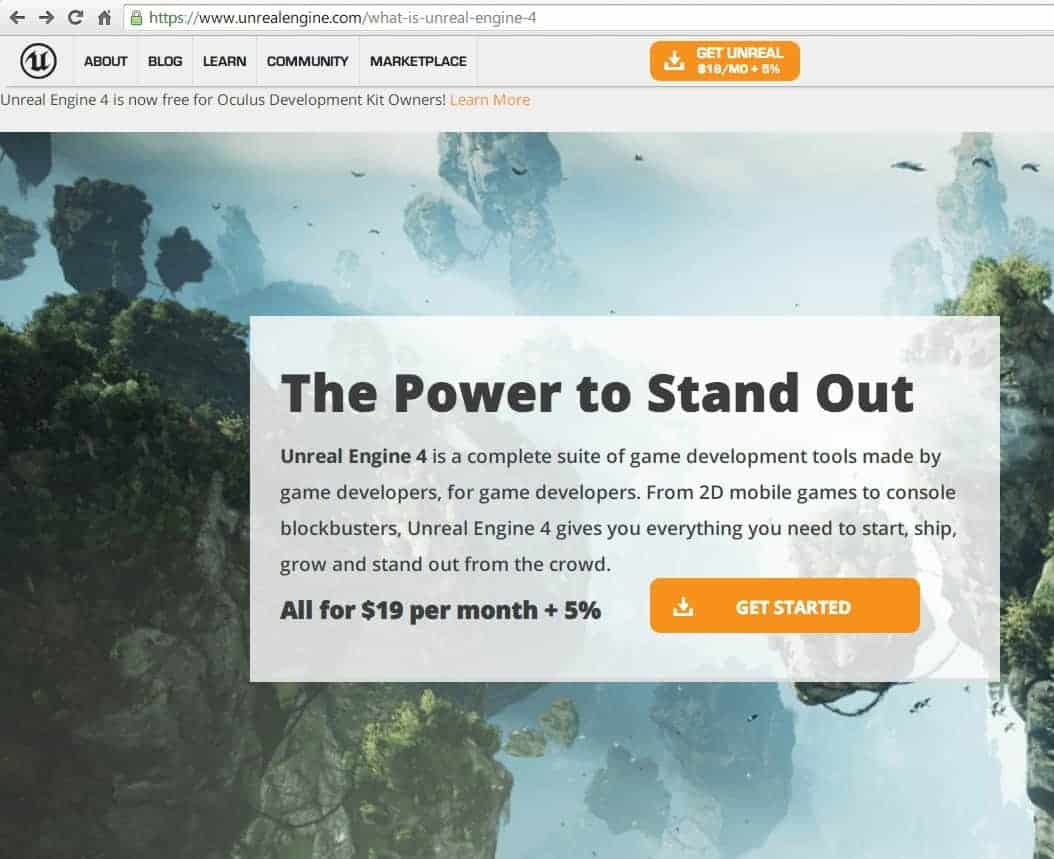 Don’t you think it is a great move to support the Oculus Rift Dev Kit 2 among the game developers who are putting a lot of their resources on the line to bring something to the virtual reality platform?