This Is How Nvidia DLSS 2.0 Will Impact Gaming Performance 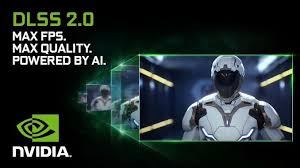 The Nvidia DLSS 2.0 Gives a lot of benefits when it comes to gaming performance. DLSS (Deep Learning Super Sampling) 2.0 will be releasing this week for Control and MechWarrior 5. Nvidia DLSS 2.0 is a deep learning neural network which increases frame rate while enhancing the image quality.

This feature offers several key enhancements in comparison to DLSS:

Superior Image Quality
Nvidia DLSS 2.0 extends the image quality which is comparable to native resolution while it only renders one-quarter to one-half of the pixels. It executes advanced temporal feedback techniques giving much sharper details and overall improved image stability frame by frame.

Great Scaling Across All RTX GPUs and Resolutions
This is a new AI (Artificial Intelligence) model that uses Tensor Cores more efficiently. Compared to the original DLSS, this is twice as fast and also improves frame rates and removes limitations supported on GPUs, settings and resolutions.

One Network For All Games
The previous version of this required time and training the AI network in order to adapt to each game. DLSS 2.0 however, works on a non-game-specific content. This works in a manner where it delivers a generalized network that works across all video games. Meaning this provides faster game integration and eventually more DLSS Games.

Customizable Options
DLSS 2.0 also offers three preset customization modes (Quality, Balanced, Performance) that control render resolution. The leap difference from DLSS to DLSS 2.0 is so big that with just the Performance mode a user can enable up to X4 the resolution size. (i.e. 1080P → 4k) This further unlocks more choice for users and higher performance boosts.While there are other cases of similar innovations for the graphics segment, this is just another amazing addition to it. We were revealed ray-tracing and variable rate shading in 2018.

More information on Nvidia Global SDK can be found here. The end result is more advancements in the hands of the gaming community, developers, and creators. Nvidia doesn’t fail in giving out the best quality in graphics technologies, may 2020 be as green as ever.