God Of War PS4 Will Not Feature Jump Button, Kratos Will Use Boats To Traverse The Landscape 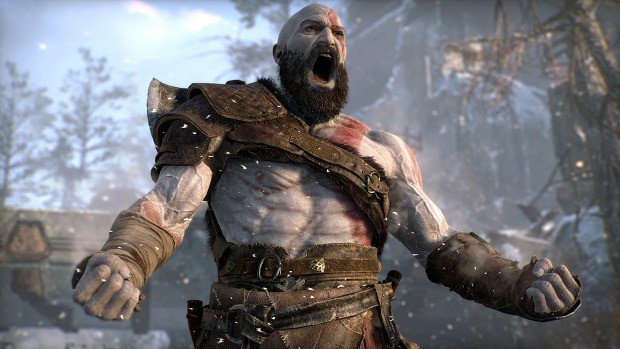 The upcoming God of War has seen a lot of changes from the previous titles like the change in camera position and new Norse settings and another change the fans might not have noticed in the few gameplay trailers that have been released is that Kratos can’t jump in the upcoming God Of War.

This will be the first God of War title without any jump button, Sony Santa Monica confirmed to GameInformer. In previous entries in the franchise, jumping was essential in traversing through the levels and since the developers have changed many game mechanics, the jump button has been left behind.

According to the developers, Kratos will make use of boats to traverse the terrain, a glimpse of which we have seen in recent trailers. Also, This is the first time God Of War will feature a setting based on Norse Mythology and this might also be the last time we see the Norse setting.

In related news, Fans were not pleased when Sony Santa Monica replaced the original Kratos’ voice actor for the upcoming title and the studio has explained why they replaced him. According to the studio, Terrence C. Carson was replaced because of his height.

Furthermore, Cory Barlog, game director for God Of War, has revealed that it will take players 25-30 hours to complete the game.

God Of War is a third-person action adventure game in development at Sony Santa Monica and is expected to launch sometime in 2018 exclusively for PlayStation 4.