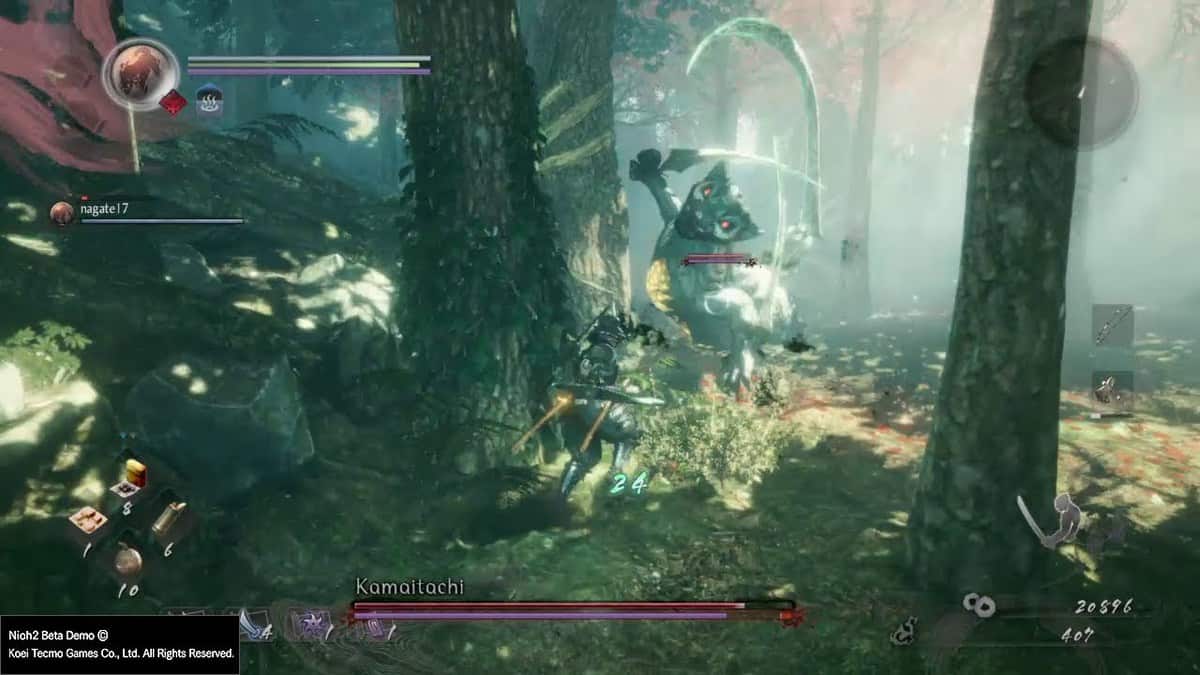 If you are interested in the Nioh 2 The Mysterious One Night Castle Kodama Locations, our guide has you covered with all 7 locations in the mission.

If you missed any of these Kodama locations in Nioh 2 on your first run, you can always start the mission again through the Mission Select menu and collect them again for your trophy.

Kodama Location #1
From starting shrine go into the forest. Take a left then right and straight up on the hill you can find the Kodama sitting in the grass on right side just behind tree.

Kodama Location #2
From first kodama go up on the hill. You will encounter some enemies in the street. Just follow the straight path. Enter the wooden building cross it and turn right and go further uphill.

Going Straight you will find a ladder going on rooftop use it. Then take the stairs and you will reach a balcony. From balcony go downstairs the kodama is inside a box.

Kodama Location #3
Go down from the ladder. Close the second Floodgate follow the path uphill in the village until you arrive at Dark Realm with an Enki in it. You will see a ladder there use it go up and turn right the kodama is right there.

Kodama Location #4
Use door to head upstairs and out onto the balcony in the same building where you found the third kodama.

There are parts of the balcony where the railing is broken, use them to drop down to the rooftop underneath. The kodama is on the left side and can clearly see it.

Kodama Location #5
The fifth kodama can be found in the inner section of the fort. From house go down then straight towards the enclosure. You will see two large chests and some Gaki guarding the spot. Check behind the chests to find the Kodama.

Kodama Location #6
You should initially close the third flood gate which additionally opens up the third shrine. The kodama is situation in such a place that you need to access it through a higher vantage point.

From the third shrine, go into the pit near the hot spring and climb the ladder to reach the east side of the forest. Follow the forest path to drop down to where the Kodama is located.

Kodama Location #7
From where you find 6th kodama go a little further up the hill and drop down on the right side where a Gaki climbs the edge. You will fall onto a torri gate, where you can find the last kodama.