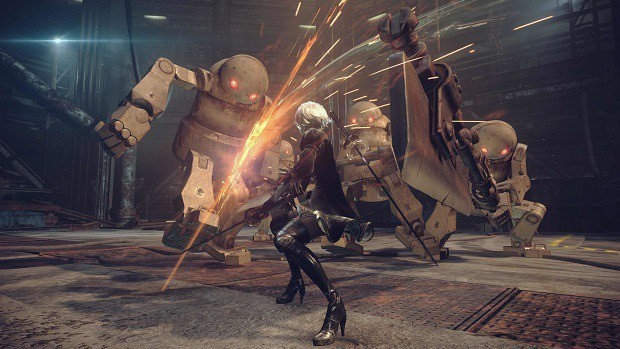 NieR Automata is without a doubt one of best games of this generation. Square Enix has now proudly announced that NieR Automata sales has exceeded more than 3.5 Million copies worldwide since its launch back in February 2017.

This total number of 3.5 Million copies worldwide include digital and retail versions of NieR Automata for PC and PlayStation 4. That’s not all as Square Enix also confirmed that its PS4 version alone has exceeded more than one million sales worldwide including digital downloads only in Asia.

Now that’s a huge number because it doesn’t include sales of NieR Automata from its Xbox One version which released some months ago. Microsoft revealed back in June on E3 2018 that Nier Automata is finally coming to Xbox One. That’s not all as Nier Automata was also enhanced for Xbox One X. It allows you to run the game in 4K.

Before that, the game stayed exclusive to PC and PlayStation 4 for almost a year but the fans desperately wanted it on Xbox One so they finally gave it to them.

It’s not the first time, ESRB is known for revealing new games earlier in the past so this all could turn out to be very true in the future. We are expecting to hear about it at the end of this holiday season so stay tuned.

Now as for rumor goes, ESRB has not listed the game for Xbox One until now. This means that we might also get this at a later date for Xbox One so don’t be disappointed.

As for the most requested Switch version of Nier Automata goes, it’s something that Director Yoko Taro, Producer Yosuke Saito, and designer Takahisa Taura do know about.

A few months back, all of them had a funny discussion to tell everyone why they should get the game on Xbox One. During that discussion, Yoko Taro asked Yosuke Saito about the Nintendo Switch version of Nier Automata. Saito then replied by saying that he wants it to happen but it’s upon Taro to make it happen.

In the end, Saito said that even if they want to create a Nintendo Switch version of the game, it will take years to do so.

Taura-kun’s Twitter account is shown on the screen here and if everyone asks him for it, then there may be a possibility that it would become a reality. But even if it does, it might be about two years from now again. See we keep our jobs alive by releasing a little by little.

That’s it, so keep playing the game until we get know more about the Game of the Year Edtion or its Nintendo Switch version. It’s also known that Taro is ready to work on a Nier Automata sequel if Square Enix is up for it.